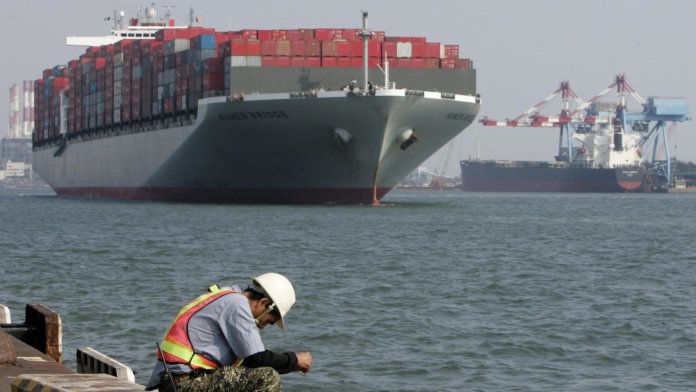 The optimism seen in Asia was also felt in Europe. Eurostoxx 50 futures and Germany’s DAX exchange each rose 1.7% in the week’s opening sessions, while London’s FTSE futures increased 1.3%.

Investors also continue to be cautious ahead of a US Presidential debate on Tuesday, fearing the increase in new coronavirus cases in Europe could hinder the global economic recovery.

Adopting a hybrid economic model, the communist People’s Republic of China is trying to overcome the growing challenges fueled by a deepening dispute with the United States, while Chinese officials said they were ready to endorse a lower economic growth target for Beijing’s next five-year plan compared to 2016–2020.

According to sources talking to Reuters, President Xi Jinping and other leaders are expected to discuss and approve China’s 2021–2025 economic and social development plan at an important meeting of the Communist Party in October.

The state news agency Xinhua said the meeting will take place from October 26th to 29th on Monday.

Policymakers said they believe setting a five-year growth target is vital to steer the world’s second-largest economy away from the middle-income trap.

Sources noted that government think tanks and economists made recommendations for average annual gross domestic product (GDP) growth targets of about 5–5.5% to 5–6%.

China was aiming for annual average growth of over 6.5% for the 13th five-year plan that ended this year.

European Central Bank (ECB) policymakers are increasingly divided over how to steer the economy with a second wave of COVID-19 coming on. Hard-won internal ECB peace is under threat after the arrival of President Christine Lagarde, according to interviews made with eight members of the bank.

Lagarde managed to end an internal conflict that left the ECB in turmoil in the final months of Mario Draghi’s tenure last year and has seamlessly pushed record stimulus packages of varying rates to keep the economy afloat amid the pandemic.

Lagarde’s promise to reach consensus and bring skeptical members on board stands in stark contrast to her predecessor Draghi, who signaled his actions and rarely engaged with key rivals of his policies even before any discussion in the Governing Council.

But as a new surge of infections is re-surfacing old cracks in the ECB, with chief economist Philip Lane under fire from all sides Lagarde might be forced to consider even more stimulus

Conservative policymakers, known as “hawks” in central bank jargon, argue that the ECB is downplaying some good news, such as a better-than-expected flow of economic indicators over the summer.

On the other hand, “dovish” central bankers are trying to force Lagarde to adopt a stronger language on both the growth risks and the threat stemming from the appreciation of the euro against the dollar.

The hawks want the ECB to quietly reduce its bond purchases given the relatively benign market conditions, so that the pace of repurchase can be maintained if needed at a later date, without increasing the overall size of the Pandemic Emergency Procurement Program (PEPP).

After last week’s informal talks in London, the UK and EU restarted trade negotiations in Brussels today to reach a post-Brexit trade deal.

However, the statements from the two sides show that the deep divisions between the Europeans and the British continue as time is running out.

The spokesperson of the British Prime Minister Boris Johnson said that they expect the negotiations with the EU to continue after this week, “the fundamentals of the talks have not changed. We are still considering October 16 as a deadline,” he said.

“The Brexit trade deal is still possible, but significant gaps remain. The EU should take a more realistic attitude towards an agreement,” he added.