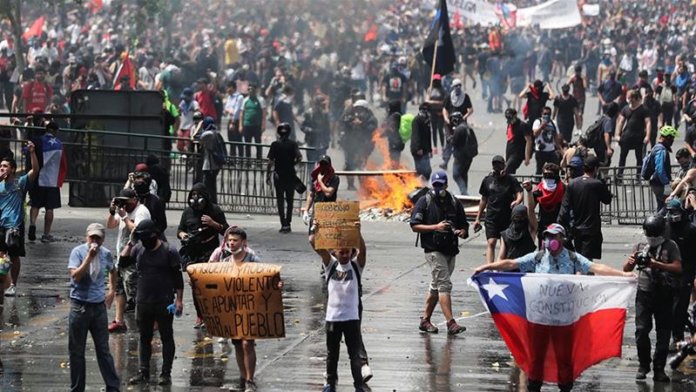 Japan’s Finance Minister Taro Aso told the media on Friday that he did not currently see any need to assemble stimulus measures in to energize the economy.

“I have not received instructions” from Prime Minister Shinzo Abe, Aso said. “I’m not considering anything that must be done now,” he added, dismissing an earlier report by the Nikkei business daily that claimed Abe would soon direct the cabinet to compile stimulus measures by designating an unspecified amount of expenditure for the current fiscal year and the next one.

Japan’s export-reliant economy is struggling with a slowdown amid the long-running trade war between its two biggest trade partners, the United States and China.

Manufacturing activity in China increased to 51.7 in October from 51.4 in September, growing at its fastest pace since February 2017 as output and new orders expanded, Caixin China Manufacturing Purchasing Managers’ Index (PMI) released on Friday showed.

Trump looks for a location after Chile cancel APEC

US President Donald Trump on Thursday announced that China and the US were working on selecting a new site for the signing of the so-called Phase-1 of a preliminary trade agreement after Chile canceled the Asia-Pacific Economic Cooperation summit in Chile initially scheduled for later this month due to ongoing massive anti-government protests.

“The new location will be announced soon. President Xi and President Trump will do signing!,” Trump tweeted, explaining that the P-1 deal was about 60% of the total deal.

However, markets were gloomy after Bloomberg reported that Chinese officials were doubtful about reaching a comprehensive long-term trade deal.

North Korea on Thursday launched two projectiles towards the Sea of Japan. Japanese, South Korean and Chinese officials voiced alarm about the situation in the Korean Peninsula but there has so far been no reaction from the US President Trump’s administration which was until weeks ago in denuclearisation negotiations with Pyongyang.

It is Friday, November 1, 2019 and Britain is still in the European Union.