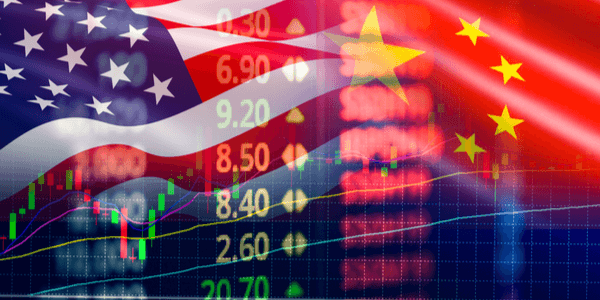 The UK economy contracted at a record 20.4% between April and June, when the government put in place strict anti-coronavirus measures.

According to official figures released Wednesday, this number represents the largest contraction reported by any major economy worldwide.

The data confirmed that the world’s sixth-largest economy was in recession as it contracted for the second consecutive quarter.

The Office of National Statistics said there were signs of a rebound in June, when gross domestic product increased by 8.7% compared to May.

The extent of the damage Covid19 has given to the gross domestic product raised questions about the Conservative Boris Johnson government’s handling of the outbreak.

According to official data, from 1 March to 30 June, Europe’s highest death rate was recorded in the UK, with more than 50,000 deaths from the disease.

The decline in GDP almost exactly aligned with the economists’ median estimates, surpassing quarterly declines of 12.1% in the Eurozone and 9.5% in the United States.

“Today’s figures confirm that hard times are here,” said Chancellor of the Exchequer Rishi Sunak. “Hundreds of thousands of people have already lost their jobs and sadly many more will lose in the coming months.”

Senior representatives from the US and China will at a meeting on 15 August discuss the Phase-1 trade agreement they signed at the beginning of the year, but whose validity has been questioned after the increasing geopolitical tensions and Covid19.

But first, a virtual meeting of negotiators will likely be held this week, although the date is not decided on yet, according to Bloomberg.

Among the topics to be discussed during the talks are agricultural purchases and the dollar-yuan exchange rate.

China will bring forth US plans to ban TikTok and WeChat during the talks.

The precious metal fell for the fourth day in a row on Wednesday morning and traded below $1,900 due to increased selling pressure in US bond yields.

Known as an aggressive campaigner, the 55-year-old senator won three statewide elections in the most populous US state.

The fact that Biden did not choose Susan Rice, the Obama-era national security adviser, may indicate that he is considering the neo-liberal foreign policy hawk for the Department of State.