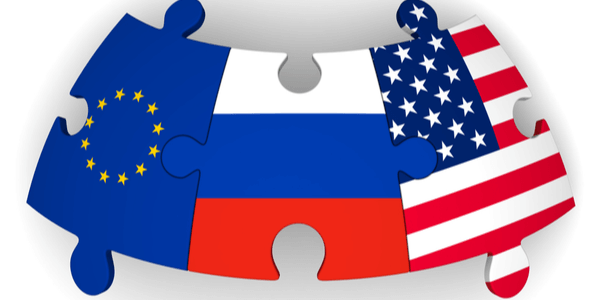 US Secretary of State Mike Pompeo said the executive orders signed by President Donald Trump against Chinese social media platforms such as TikTok and WeChat could expand to more Chinese companies.

Although Pompeo did not speak in detail on the subject, his statement implies that the Trump administration will take action against other Chinese apps, and even against TikTok’s parent company ByteDance or Tencent which owns WeChat.

As the tech war between the United States and China intensified, some major US companies such as Apple, Walmart and Disney submitted their objections to the White House, stating that Trump’s banning of Chinese TikTok and WeChat “puts them at a great disadvantage.”

US tariffs on EU

The US said that despite Airbus’ efforts to comply with the World Trade Organization decision on government subsidies, its tariffs on European Union products will remain unchanged.

The US Trade Representative Office announced that the amount of products subject to countermeasures will remain unchanged at $ 7.5 billion and tariff rates will remain at 15% for aircraft and 25% for all other products.

The representative also stated that it has removed some products from Greece and the UK from the tariff list and added tariffs equivalent to France and Germany.

This statement came shortly after 13 Senators, both Democrats and Republicans, sent a letter to US Trade Representative Robert Lighthizer to lift tariffs on EU products, on the groundsthat they were harming US companies and consumers.

“The EU and member states have not taken the necessary steps to comply with WTO decisions on the Airbus case,” Lighthizer said.

“The EU will intensify our efforts with the US to find a negotiated solution to ongoing trade irritants. I will continue my engagement with Lighthizer. A resolution of the aircraft dispute should be our focus,” EU Trade Commissioner Phil Hogan said on Thursday.

Intimidation of Taiwan by the CCP

“The PLA has conducted military exercises in the Taiwan Straits and at its northern and southern ends, showing PLA is capable of launching a full scale attack and capturing the island within hours, leaving US military no time to react. It’s a clear warning to Taiwan independence,” Hu Xijin, the editor of the CCP publication Global Times, said.