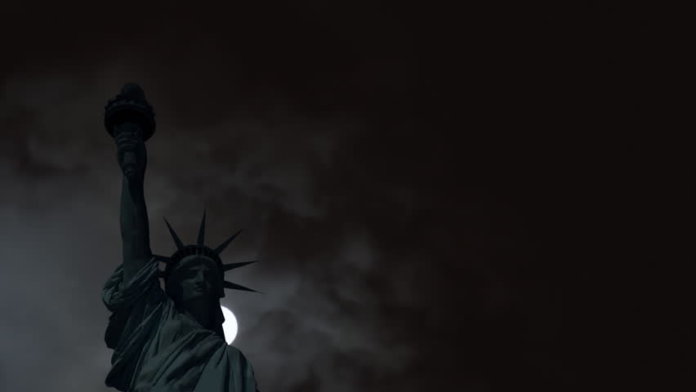 The world’s largest economy, the US contracted 31.7 percent on an annual basis in the second quarter.

The federal and local health, social and economic measures in the US against the China-originated coronavirus (Covid19) since March resulted in a historic record-breaking economic contraction in the second quarter of 2020.

The US gross domestic product (GDP) saw a historic decline, as expected by the US central bank Federal Reserve and other experts and market watchers.

GDP contracted 31.7% in the second quarter year-on-year, slightly below the forecast of 32.5%, compared to a 5.0% contraction in the previous quarter.

According to data released by the US Department of Labor on Thursday, over 1 million Americans applied for first unemployment benefits as the economy tried to recover from the coronavirus epidemic.

Ongoing demands, corresponding to those receiving unemployment benefits for at least two consecutive weeks, fell by 223,000 to 14,535 million in the week ending August 15. Data on ongoing demands have been postponed for a week.

Talks between Republicans and White House teams and Speaker of the House Nancy Pelosi for a new aid package to save the economy have been stalled for weeks.

According to the Politico news site, which closely follows Washington politics Mark Meadows White House chief of staff, will meet again today with Pelosi to discuss a new skinny package proposed by the GOP.

CNBC reports that Republicans are working on a narrower and urgent package that includes PPP aid, school aids, and Covid19 test funding.

The US Federal Reserve announced a major policy shift on Thursday as Chairman Jay Powell spoke to the Kansas Fed’s annual Jackson Hall Symposium where central bankers use to deliver forward guidance.

Powell said during the virtual symposium that the Fed was willing to allow inflation to run hotter than normal in order to support the labor market specifically and the broader economy in general.

Powell called the move a “robust updating” of Fed policy as the central bank agreed to a policy of “average inflation targeting.” That means it will allow inflation to run “moderately” above the Fed’s 2% goal “for some time” following periods when it has run below that objective.

The Fed will now be less inclined to raise interest rates when the unemployment rate falls, so long as inflation does not creep up as well.

“Many find it counterintuitive that the Fed would want to push up inflation,” Powell said. “However, inflation that is persistently too low can pose serious risks to the economy.”

Powell noted that the interest rate level that neither constrains nor pushes growth has fallen considerably over the years and is likely to stay there.

Military tensions are growing between the two largest economies of the world, the United States, and the communist People’s Republic of China.

As the US Defense Secretary Mark Esper swore “not to step back an inch” in the Pacific, China said Washington is putting the lives of its soldiers at risk.

Both sides accuse each other of deliberately provocative behavior, from technology and human rights to Chinese military activities in the controversial South China Sea.

Ahead of the US presidential election in November, the Trump administration blacklisted 24 Chinese companies on Wednesday for their roles in construction and military actions in the South China Sea, a busy trade route.

Speaking ahead of a regional tour, Esper described the Indo-Pacific as the epicenter of “a great power rivalry with China.”

In the South China Sea conflict, the US supports the regional countries Vietnam, the Philippines, Brunei, Indonesia, and Malaysia against China.