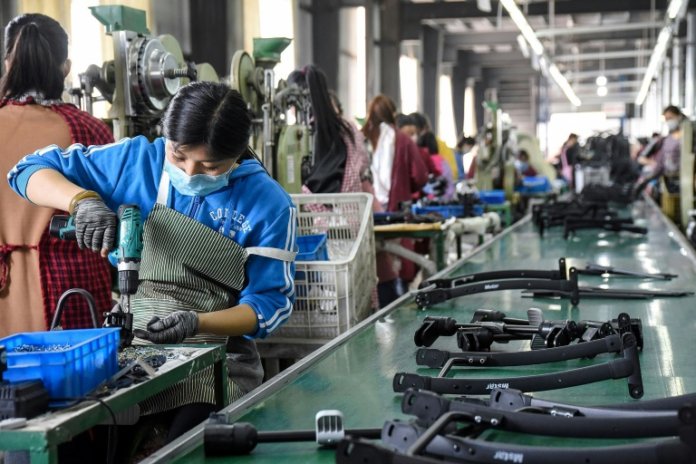 The growing tensions between the US and China over Chinese technology companies such as Huawei, TikTok, and WeChat continues as Trump prepares for a wide-ranging ban.

Soon after US President Donald Trump announced that he would ban social media software TikTok on the grounds that it was providing intelligence to the Chinese Communist Party, he talked with the Microsoft CEO Satya Nadella.

Microsoft is negotiating the purchase of TikTok, which has more than 100 million users in the US, from its Chinese owner ByteDance.

The Chinese Foreign Ministry on Monday accused the United States of unfairly targeting Chinese companies, and urged Washington to cease.

Factory activity in China, the world’s second-largest economy, expanded in July with its fastest rate in the past decade.

The Caixin manufacturing purchasing managers’ index, a private-sector survey, went above expectations by hitting 52.8 in July, its highest level in more than nine years. Expectations for the Caixin survey were at 51.3. The previous level was 51.2 in June.

The reading reflects a returning activity after a sharp economic contraction created by measures China took to contain the coronavirus pandemic at the beginning of the year. The Chinese economy returned to growth in the second quarter, and factory activity increased in the past three months.

The Purchasing Managers Index (PMI) reading published by IHS Markit for the manufacturing sector increased from 45.2 in June to 51.0 in July. Expectations were for a reading of 50.0.

“The recovery of the German manufacturing sector remains on track, with the PMI improving further from April’s low and now finally in growth territory,“ Phil Smith, associate economics director at IHS Markit, said in a statement.

According to a business survey announced on Monday, manufacturing activity in the UK recorded its fastest growth since last year when factories reopened in July.

The IHS Markit/CIPS Manufacturing Purchasing Managers Index (PMI) rose from 50.1 in June to 53.3 in July. Although this figure was slightly below the expectation of 53.6, it is the highest reading since March 2019.

Negotiations by US political parties on a new aid package have been unsuccessful.

Democrats are demanding more money for cities and states in talks over a trillion-dollar offer package prepared by the Trump White House and Republicans. The talks held on the weekend failed.

A 600-dollar unemployment aid expired last week. A decline in consumer spending and the beginning of difficulties in paying rents or mortgages are seen as the biggest threats for the US economy at this stage.

According to the Washington Post, if there is no consensus in Congress, Trump is preparing to take unilateral steps.