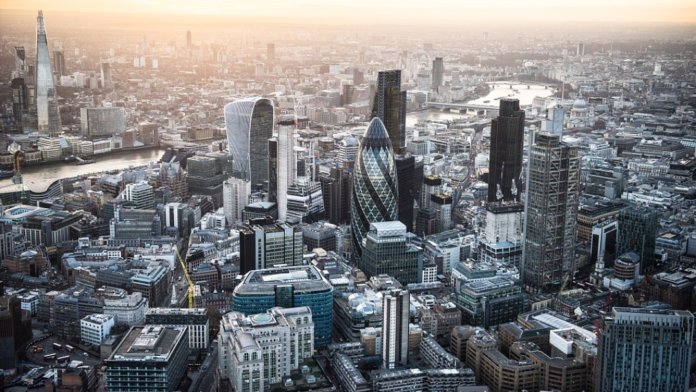 The number of Americans looking for unemployment benefits fell last week but remained above 1 million.

According to a report released by the US Department of Labor on Thursday, the number of Americans applying for state unemployment benefits totaled at a 1.186 million seasonally adjusted figure for the week ending through August 1. Economists participating in a survey by Reuters expected 1,415 million applications. 1.435 million people applied the previous week.

Although the figure continues its downward trend, it shows that the stagnation in the US labor market and the increasing number of new COVID-19 cases threatening the country’s economic recovery continues. Unemployment claims skyrocketed to a record of 6 million 867 thousand in the last week of March.

The coronavirus cases rose across the world’s largest economy last month. In some states in the west and south, authorities have forced businesses to close again or to suspend plans to reopen, sending workers back to their homes. Infections have seen a jump in 17 states, including Oklahoma, Montana, and Missouri, despite a decrease of about 5% across the US last week.

The US stock markets saw rises as the unemployment figure was better than pessimistic expectations.

Bank of England (BOE) Governor Andrew Bailey told CNBC on Thursday that despite the bank’s “constrained position” there were no plans to go for negative interest rates in the coming months.

Policymakers also decided not to change the size of the central bank’s bond-buying program at £745 billion.

The pound rose to 1.3185, a five-month high against the US dollar shortly after the announcement.

US Democrats who control the House of Representatives and the Republicans who hold the majority in the Senate continue their negotiations on a new aid package to combat the economic effects of the COVID-19 pandemic, with the participation of officials from the White House.

As the negotiations near the end of the second week, the parties came closer to an agreement on some issues, they were unable to resolve their major differences on issues such as the size of federal aid and aid for tens of millions of unemployed workers.

“We’re trying to get a deal that’s good for the American public and American workers. Our objective is to try to reach an understanding of the major issues by Friday. If we can’t reach an agreement on the major issues, it’s going to be hard to complete a deal,” Treasury Secretary Steven Mnuchin told reporters after nearly two hours of talks on Wednesday.

President Donald Trump said that if the negotiations are not successful until Friday, he will issue executive orders against home evictions and income tax.

Communist China’s Ministry of Foreign Affairs said that a planned visit by the US Secretary of Health Alex Azar to the Republic of China (Taiwan) is unacceptable and that Beijing will take the necessary countermeasures.

The island claimed by China is preparing for a top-level official visit from the US for the first time in four decades. The visit, which will begin on Sunday, is increasing tensions between Beijing and Washington, the world’s two largest economies now at odds at almost everything from trade, technology, geopolitics and human rights to the new coronavirus pandemic.

China describes Taiwan as the most sensitive and important issue in its bilateral relations with the United States.

Speaking at a daily briefing in Beijing, Chinese Foreign Ministry spokesman Wang Wenbin said that Taiwan is part of China, and attempts to reject or object to the “One China” principle will fail.

Referring to Azar’s visit, Wang said, “China will take strong countermeasures in response to US behavior.”

Washington broke its formal ties with the Republic of China in favor of the Beijing-based People’s Republic of China in 1979, 30 years after the communist revolution in mainland China. The Trump administration has made it a priority to strengthen its support for democratic China (Taiwan) and increased arms sales.