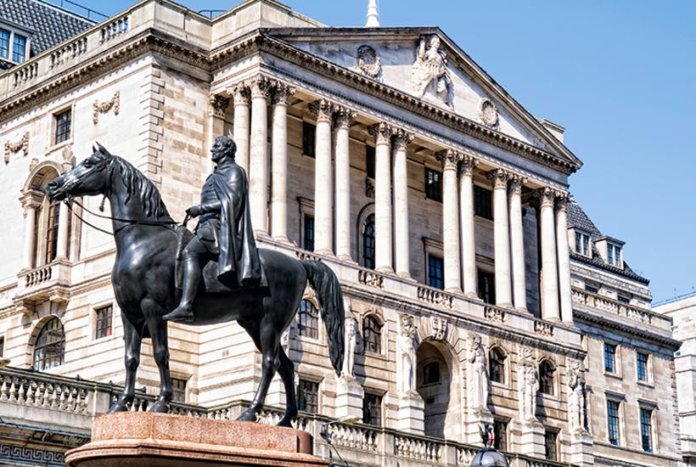 Eight-oldest bank in the world as founded in 1694, the Bank of England (BoE) began as a private bank that would act as a banker to the Government. The Bank was nationalized in 1946 which gave the Government the power to appoint the Bank’s governors and directors, and to issue directions to the Bank. It gained independence to set monetary policy in 1997.

The Bank is overseen by a Court of Directors, appointed by the Queen on the recommendation of the Prime Minister and the Chancellor. The Court of Directors is responsible for setting and monitoring the Bank’s strategy and making key decisions. The Bank is primarily responsible for setting policy – for interest rates, for financial stability, and for the regulation of banks and insurance companies.

Through monetary policy BoE influence how much money is in the economy and how much it costs to borrow. There are two main monetary policy tools. The interest rate that BoE charge banks to borrow money from it – the Bank Rate. Second, open market operations or asset purchase referred also as quantitative easing (QE).

Primary the goal of monetary policy is to affect prices or the rate of inflation. The Government set the target of inflation at 2%. Furthermore, BoE supports the Government’s other economic aims for growth and employment.

Monetary Policy Committee (MPC) decides what monetary policy action to take and announces policy eight times a year (roughly once every six weeks). Nine members of MPC need to consider what inflation and growth in the economy are likely to be in the next few years as it takes around two years for monetary policy to have its full effect on the economy. Chair of the Monetary Policy Committee and the Governor of the Bank of England is Mark Carney.

“Promoting the good of the people of the United Kingdom by maintaining monetary and financial stability,” is the bank’s stated objective.

The Bank of Japan (BoJ) began operating in 1882, as the nation’s central bank. The Bank’s objectives are “to issue banknotes and to carry out currency and monetary control” and “to ensure smooth settlement of funds among banks and other financial institutions, thereby contributing to the maintenance of the stability of the financial system.” Public interest, transparency, excellence, integrity, and effectiveness and efficiency are Bank’s organizational principles.

The Policy Board, the Bank’s highest decision-making body, determines the guideline for currency and monetary control. Implementing monetary policy, BoJ aims to maintain price stability as it provides the foundation for the nation’s economic activity and represents the most important input in decision making for both individuals and companies. On this basis, the Bank set the “price stability target” at 2% and has made a commitment to achieving this target at the earliest possible time. Furthermore, the Bank controls the amount of funds in the money market, mainly through money market operations. The Bank supplies and absorbs funds to financial institutions depending on the current market conditions.

Monetary Policy Meetings (MPM) are held eight times a year, each time for two days. At the MPMs, the Policy Board members discuss and decide the guideline for money market operations. The monetary policy decisions are made by a majority vote of the nine members of the Policy Board, which consists of the Governor, the two Deputy Governors, and the six other members. The 31st Governor is Mr Haruhiko Kuroda.