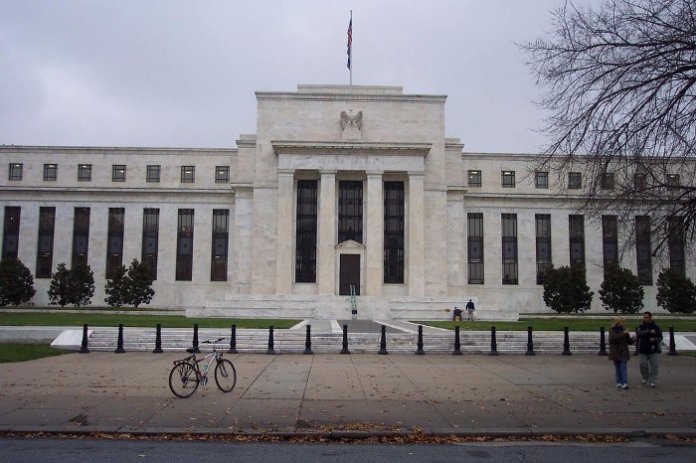 Finance ministers from Eurozone countries are meeting on Monday to discuss the health of the Eurozone economy in the midst of global trade tensions and the shifting political situation in the continent in the aftermath of the election of the new European Parliament.

They will also be debating their leaders’ appointment of Christine Lagarde as the next president of the European Central Bank, a decision yet to be confirmed by the European Parliament.

The vacancy Lagarde is leaving behind at the IMF will be another topic as they might put out a name to replace her as several names, including that of the Bank of England Governor Mark Carney, Chief Executive of the World Bank Kristalina Georgieva and former UK finance minister George Osborne vie for the position.

The Federal Reserve chair Jerome Powell is poised to address the House Financial Services Committee on Wednesday and later to the Senate Banking Committee on Thursday over the monetary issues. Fed’s positions amid growing fears of global slowdown and trade conflicts will be on the table at the Congress as the bank remains under pressure from President Donald Trump to cut federal funds rates.

The Fed meanwhile will shed light on its policy by putting out the account of its last FOMC meeting on Wednesday.

The Bank of Canada (BoC) is set to meet up on Wednesday and decide its interest rate. No change in the 1.75% rate is expected but the BoC’s policy report will give clues regarding the bank’s medium-term plans in the face of a slowing global economic growth as major banks, starting from the Royal Bank of Australia, have begun taking steps to safeguard their economies.

The account of the June European Central Bank (ECB) meeting will be monitored on Thursday to see if the bank, set to come under the leadership of the IMF director Christine Lagarde, paves the way for a rate cut this year given the trend that is starting to sweep across major economies.

On Monday, when the markets open, the Turkish economy will wake up to a new reality with no more pretense of central bank independence after President Recep Tayyip Erdogan controversially sacked the central bank governor Murat Cetinkaya in the early hours of Saturday. Erdogan himself made it clear that he fired Cetinkaya over differences in their approach to the high interest rates and inflation. Coupled with the Russian S-400 missile issue with the US and potential incoming sanctions, the Lira will continue to have a rocky ride for some time to come.

Tensions between the US and Iran are likely to continue dominating the headlines as the Tehran regime is breaching its obligations regarding the production of enriched uranium under the 2015 nuclear deal.

In the UK, the race to replace the outgoing PM Theresa May goes on with hopefuls Boris Johnson and Jeremy Hunt facing each other once again in a television debate on Tuesday before the Conservatives elect one of them as their new leader later this month.

The fight against coronavirus, PBOC measures, RBA rate, US jobs and more: Your weekly finance briefing

Coronavirus, Brexit, Fed & BoE rates, FAANG+BA earnings: What to watch in finance the week ahead