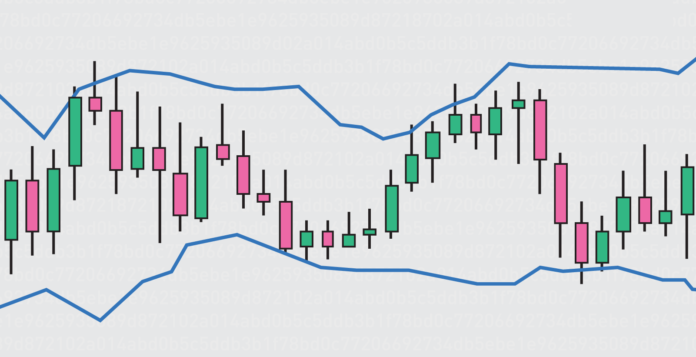 Bollinger bands are one of the tools in the technical analysis used by traders to closely look at price movements. It was introduced by technician John Bollinger in the early 1980s. He took one moving average with two more bands following around. They represent the two standard deviations from MA. Standard deviation approximates the volatility of a price. It is the average of deviations from the mean. There are two lines as the two standard deviations are added and subtracted from the MA. A trader can personalize the analysis by choosing the MA of different length and by choosing a simple MA or exponential MA.

As bands appear closer to each other it shows less volatile market with a potential increase in volatility. The other way round, when the bands are far away than the great volatility persists with potential to decrease.

Bollinger bands are not trading a method and are best used in combination with other indicators. When the price is closer to the upper band it may signal the security is overbought, while heading to lower one it signals oversold area. Neither situation represents a trading signal neither gives the information of the next price movement. However, its creator listed 22 rules which to follow when using them.