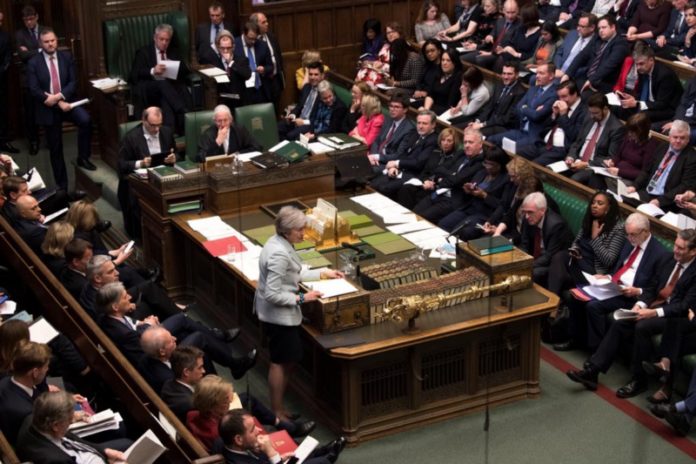 UK lawmakers will vote on a range of alternative Brexit options on Wednesday to try to find a majority to break the Parliamentary deadlock. Prime Minister Theresa May will engage constructively with the process, her spokesperson said.

Among others, MPs proposed parliament to choose between leaving the European Union without a deal or stopping Brexit as an option to be voted as part of a series of indicative votes.

May will address a meeting of Conservative MPs in parliament on Wednesday. She will speak to the party’s so-called 1922 Committee and possibly announce a date of her resignation in order to win support for her twice-rejected Brexit deal, The Sun newspaper reported earlier.

If May fails to get her Brexit deal passed at the Parliament, EU could possibly offer her a one-year extension, ending on 31 March 2020, as it was written into internal EU papers before the summit, The Guardian reported, citing European sources.

President of the US Federal Reserve Bank of Philadelphia Patrick Harker said the central bank intends to shorten the duration of bonds it has on its balance sheet and use it as a stimulus tool if needed.

Data on China’s industrial firms showed the worst drop in profits since late 2011 in the first two months of this year. It further suggests the world’s second largest economy is facing slowing demand at home and abroad.

EU countries will be required to share their findings on 5G cybersecurity risks and produce measures to meet them by the end of the year, the European Commission said, despite US pressures to ban China’s Huawei Technologies across the union.