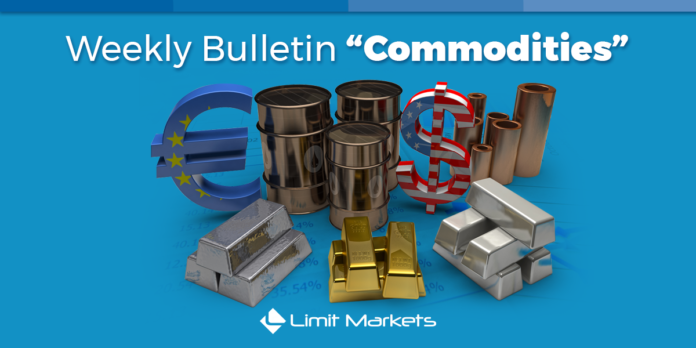 The United Federal Reserve cut during its October meeting interest rates for the third time this year. The federal funds rate was lowered by 25 basis points to between 1.5% and 1.75%.

The Fed’s decision or “insurance cuts” appeared to be yet another step in line with its plan to counter the harm the US economy may receive from the continued global slowdown and trade disputes, mainly with China.

At a press conference following the decision, Federal Reserve Chair Jerome Powell strongly stated that the Fed would keep rates steady for the foreseeable future. The current rate level is “likely to remain appropriate” he reasoned, as the moderate economic growth, strong labor market and inflation growth at desired levels go on.

Powell said the Fed will respond accordingly if the outlook changed.

“The Fed is mindful that continued below-target inflation could lead to a slide in expectations. Policy adjustments made today will continue to provide significant support to the economy,” he added.

Sino-US trade negotiations made further progress as November began with renewed hopes of a deal that could finally be signed by US President Donald Trump and his Chinese counterpart Xi Jinping.

United States (US) National Security Advisor Robert O’Brien said on Monday that the US and China were close to finalizing the Phase-1 part of a trade agreement draft the two countries have been negotiating.

Over the weekend, US Commerce Secretary Wilbur Ross who was attending a summit of the Association of Southeast Asian Nations (ASEAN) in Thailand’s Bangkok expressed his optimism about the deal. “We’re in good shape, we’re making good progress, and there’s no natural reason why it couldn’t be,” Ross told Bloomberg. He added that the Phase-1 deal could ‘soon’ be wrapped up as leaders of the two giant economies look for a venue to sign it later this month.

President Donald Trump earlier said he wanted to sign the deal in Iowa.

The energy markets have been uplifted by the optimistic news coming from the Sino-US front, brushing off concerns that an unresolved trade dispute could undermine demand prospects.

Saudi Arabia launched on Sunday the initial public offering of one of the world’s largest and the most profitable companies, Saudi Aramco. The firm formally announced its plans to float shares on Riyadh’s Tadawul exchange.

“The IPO will increase our international visibility as the leading company in the world,” CEO Amin Nasser said at a press conference as major banks and investment companies try to determine the company’s value. 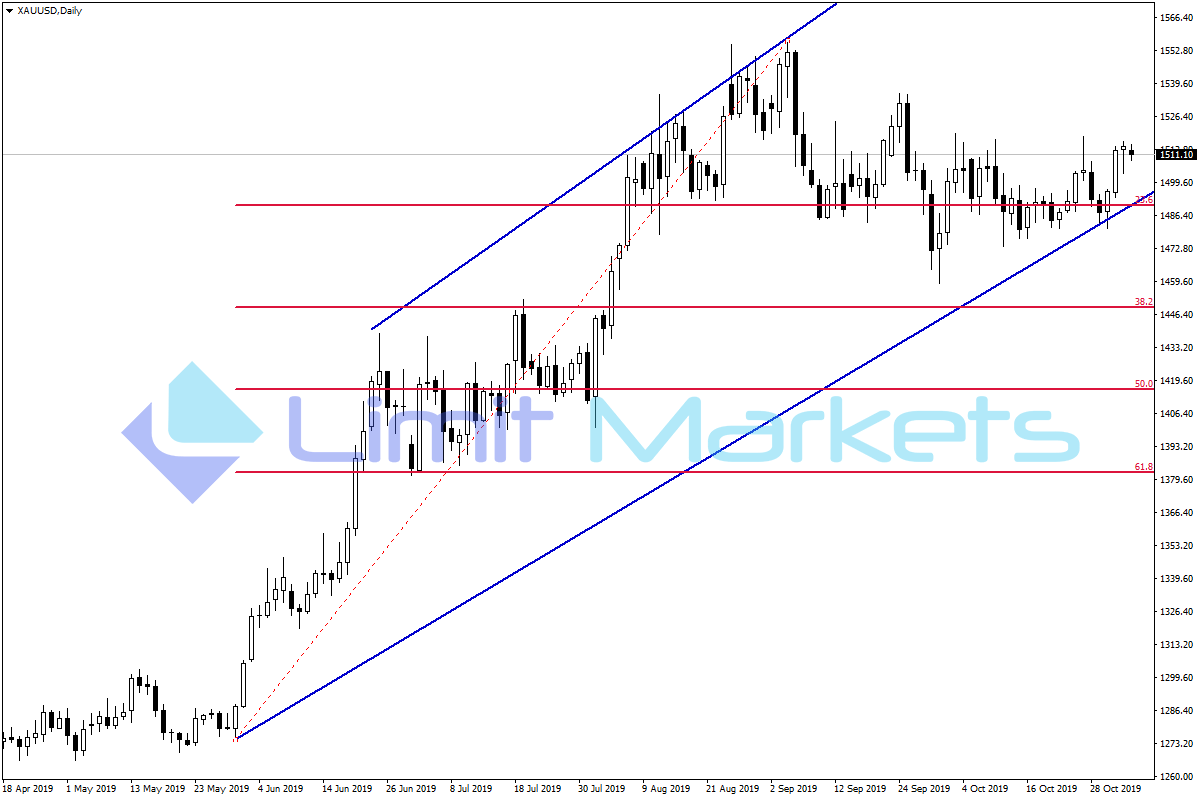 Gold prices are easing in the wake of the optimism exuded by the American officials regarding the negotiations with China. Strong US economic data, particularly a much better than expected jobs figure that came at 128K continue to wane precious metals’ value. With the gold price now having a tendency to go down, we will first watch 1500 level for support. Second to that will be 1490 at the 23.6 Fibonacci retracement. If the drop continues, then 1480 should be watched. In the currently less likely event of a reversal in trend, 1515 and then 1520 should be followed. Further above the more recent top of 1530 can be targeted.

Oil prices are up again after US officials sounded a lot more optimistic that they could strike a deal with China sooner than expected. Remarks helped ease market concerns that demand could fall next year if the trade war gets even more prolonged. As the brent price goes up we will watch 72.00 at 61.8 Fibonacci for resistance. During the week, US crude inventories will be affecting the mood. Two other upward targets can be designated as 72.70 and later 73.50. In a reverse move, 70.30 and then 69.40 should be targeted. Still below 69.00 will be supportive. 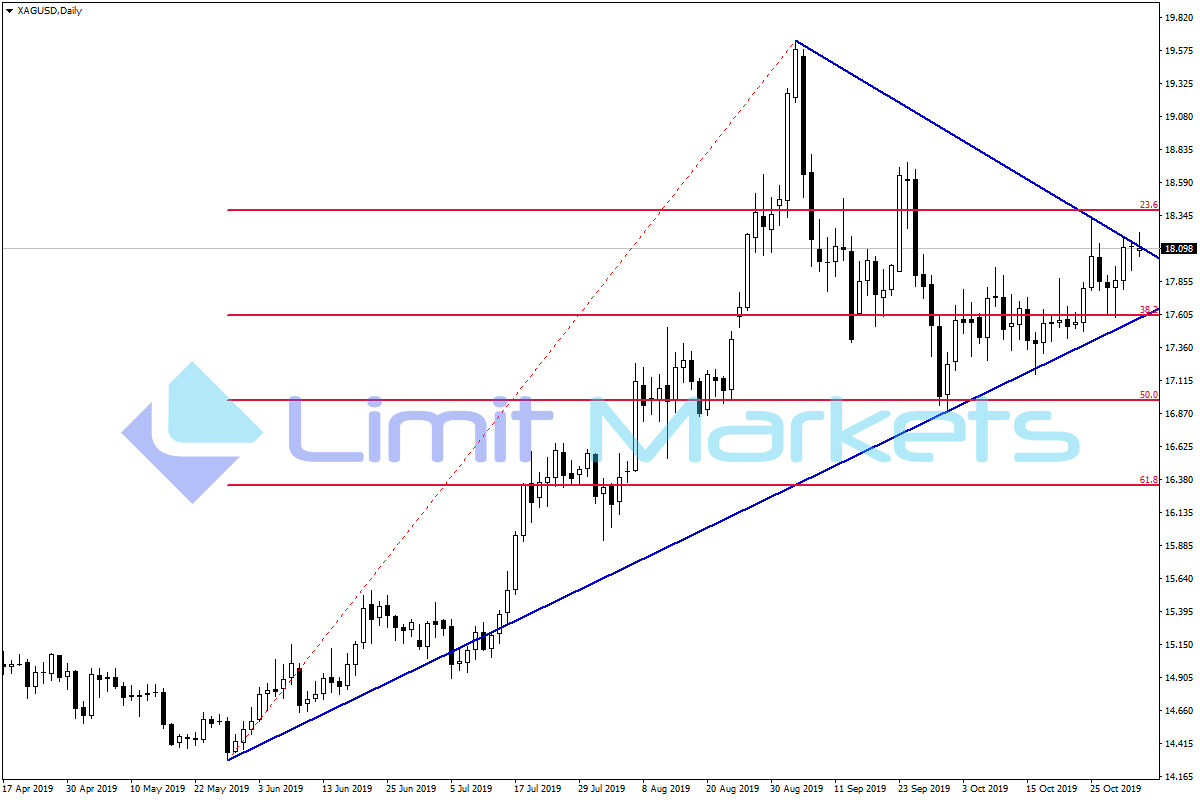 Similar to the pricing in gold, silver charts show pressure on the commodity as United States and China signal that they are getting close to finalizing the so-called Phase-1 part of a deal the two sides have been working on for months now. With the price being dragged down inside the forward-looking triangle, we should watch 17.95 for support. Further below, 17.60 at the 38.2 Fibonacci retracement and 17.30 can be followed. If the price takes an opposite direction, depending on the developments, 18.30 and 18.40 that roughly corresponds with the 23.6 Fibonacci should be watched. 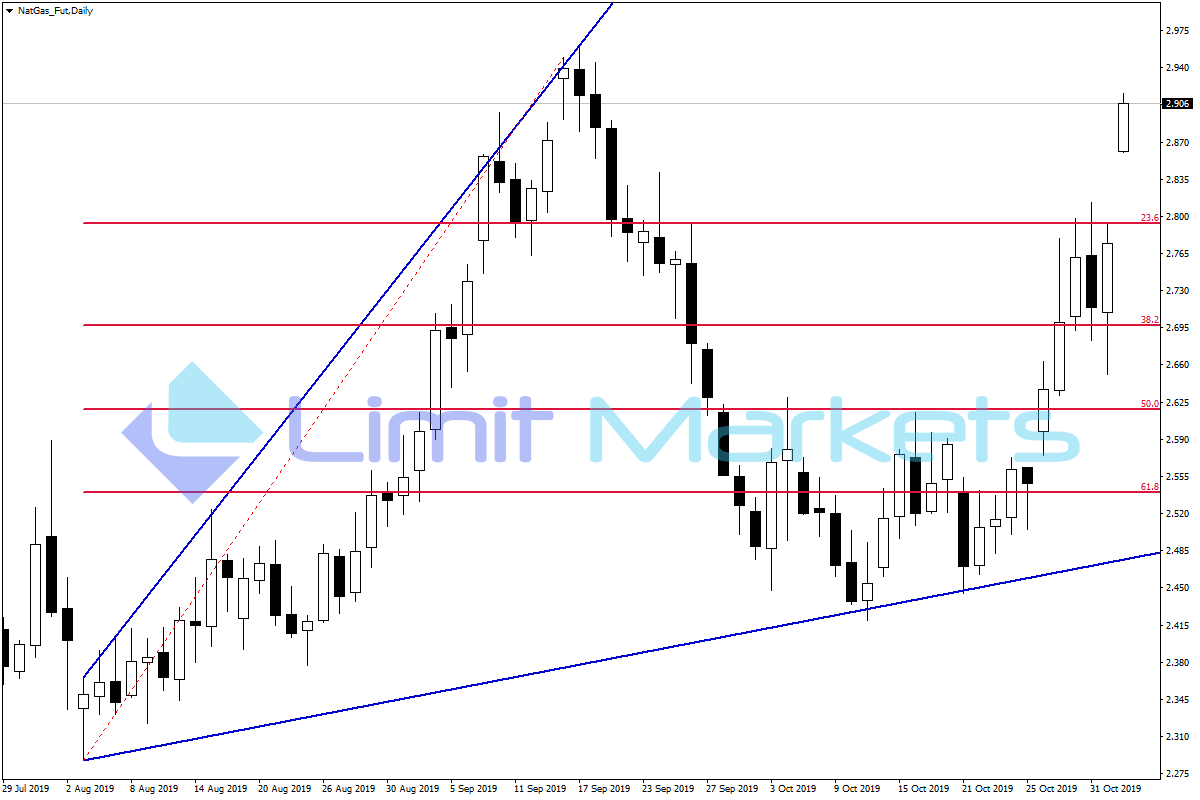 Natural gas prices jumps up with the arrival of winter in Europe and elsewhere the northern hemisphere. The commodity is also enjoying the regained confidence in the wider energy market that was induced by the positive developments in the Sino-US trade negotiations. With the price heading up, 2.95 level is aimed at. Once broken, we will head for the psychologically important 3.00 level that is also the highest since March. In a reversal to the move, 2.85 where the move started and 2.80 at the 23.6 Fibonacci can be followed. Still below, 2.70 can be watched.