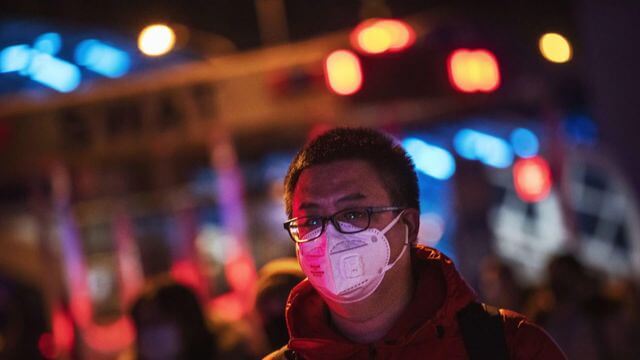 Chinese health officials on Wednesday updated coronavirus cases to 440, and the number of deaths to nine.

Authorities stepped up their efforts to control the coronavirus outbreak by deterring public meetings in Hubei province and warning against entry into or exit from the city of Wuhan where the outbreak originated from.

The World Health Organization (WHO) will hold an extraordinary meeting today to determine whether the coronavirus pandemic is creating a global emergency.

Asian exchanges recovered earlier losses on Wednesday, with reports that China has increased efforts to control the outbreak and at least one patient is responding positively to treatment. Shanghai shares fell initially due to concerns about domestic demand and tourism.

The US federal Centers for Disease Control and Prevention (CDC) announced on Tuesday that the country’s first coronavirus case was found in Seattle in a passenger arriving from China to Seattle.

Goldman Sachs said that a potential drop in oil demand from China, the biggest buyer of Middle East energy exports, due to the outbreak of coronavirus, could lower crude oil prices by about $3 a barrel.

Goldman Sachs stated that if the new virus spreads as SARS did in the early 2000s, the demand for oil could drop by 260,000 bpd.

“Demand concerns over a potential epidemic will counter concerns around supply disruptions in Libya, Iran and Iraq, driving spot price volatility in the coming weeks,” Goldman said, although the “impact on oil fundamentals remains limited so far.”

The Japanese government cut its capital spending assessment in January for the first time in eight months due to softer global demand, but said the outlook for the economy has not changed since December.

“While the economy is recording a moderate recovery, the weakness from the manufacturer continues due to the ongoing fall in exports,” the Cabinet Office said in the report.

The Vodafone Group announced on Tuesday that it was withdrawing fro Facebook’s cryptocurrency project, Libra.

A former BoJ executive, Hiromi Yamaoka, said that the Libra project prompted major central banks to examine their potential to issue their own digital currencies.

The central banks of the UK, Eurozone, Japan, Canada, Sweden and Switzerland announced on Tuesday that they will share their findings and experiences on issuing and the use of digital money, due to the growing debate on the future of money.