Markets on Tuesday await US President Donald Trump’s speech at the Economic Club of New York.

Investors hope to hear if there is any new development in the Sino-US trade talks that both sides aim to crown with the so-called Phase-1 deal after Trump’s remarks over the weekend that led to doubts.

US President Donald Trump will be announcing this week that he is postponing tariffs on European Union autos for another six months, US news website Politico reported, citing a person familiar with the decision.

Jean-Claude Juncker, President of the European Commission earlier last week told the German media that Trump would put off the threatened tariffs of up to 25 percent initially set to come into effect this Thursday.

Brexit Party leader Nigel Farage announced on Monday that his party was not going to field candidate for the seats won in electoral districts in 2017 by the ruling Conservatives. The Brexit party would instead challenge the opposition Labour party in its stronghold districts where anti-EU voters came in majority during the 2016 referendum.

Farage’s strategic move for the snap elections exactly a month later is crucial for Prime Minister Boris Johnson who got a boost.

The International Atomic Energy Agency (IAEA) said in its latest Monday-released report that Iran is enriching uranium at its underground Fordow nuclear facility. The United Nations watchdog said the enrichment was rapidly accelerating, in violation of the 2015 nuclear deal with the world powers. 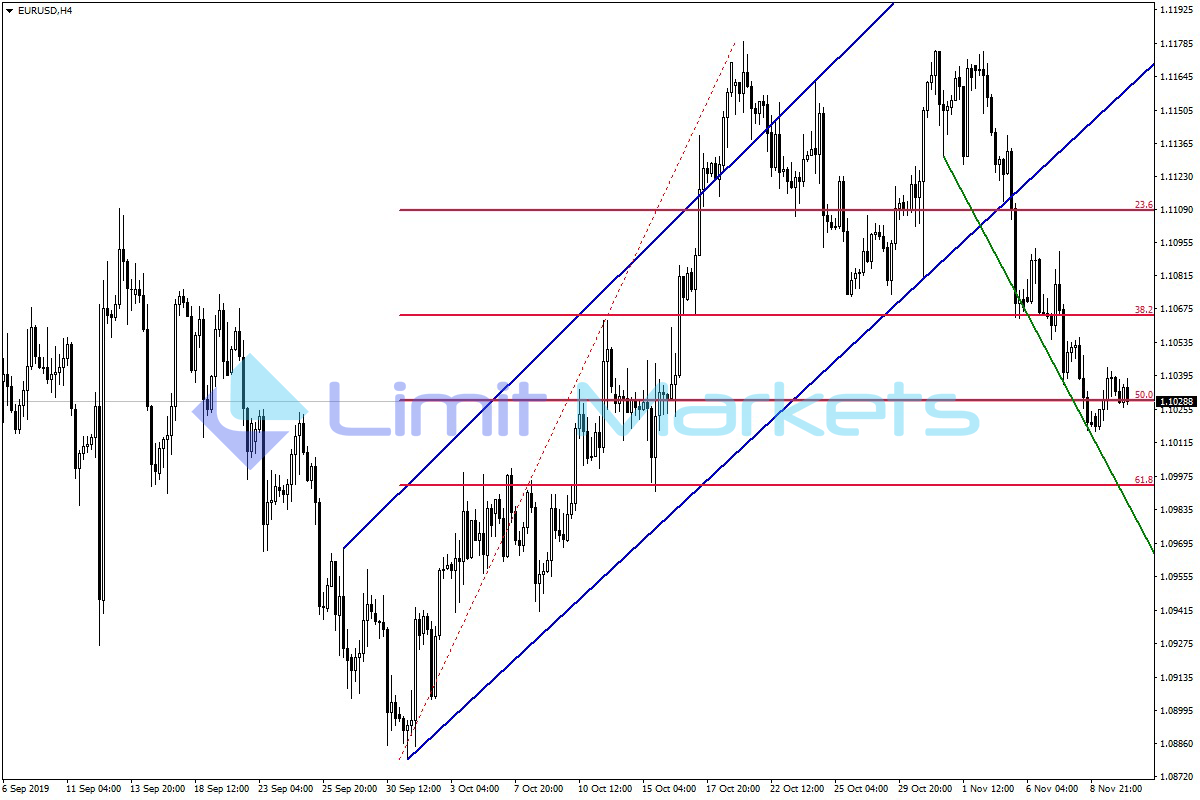 The medium-term pressure on the euro softened as both the EU and US officials suggest that President Trump will this week postpone tariffs of up to 25 percent on EU automobiles and auto parts. Euro investors are largely awaiting the German GDP figures set to be released on Thursday. As the pricing holds around 1.1030 at the 50 percent Fibonacci retracement, the recently-tested 1.1015 level must be followed. A lower target at 1.1000 and then 1.0980 can be designated for support. A reversal in trend should take the price to 1.1050 and then 1.1065 at the 38.2 Fibo line. 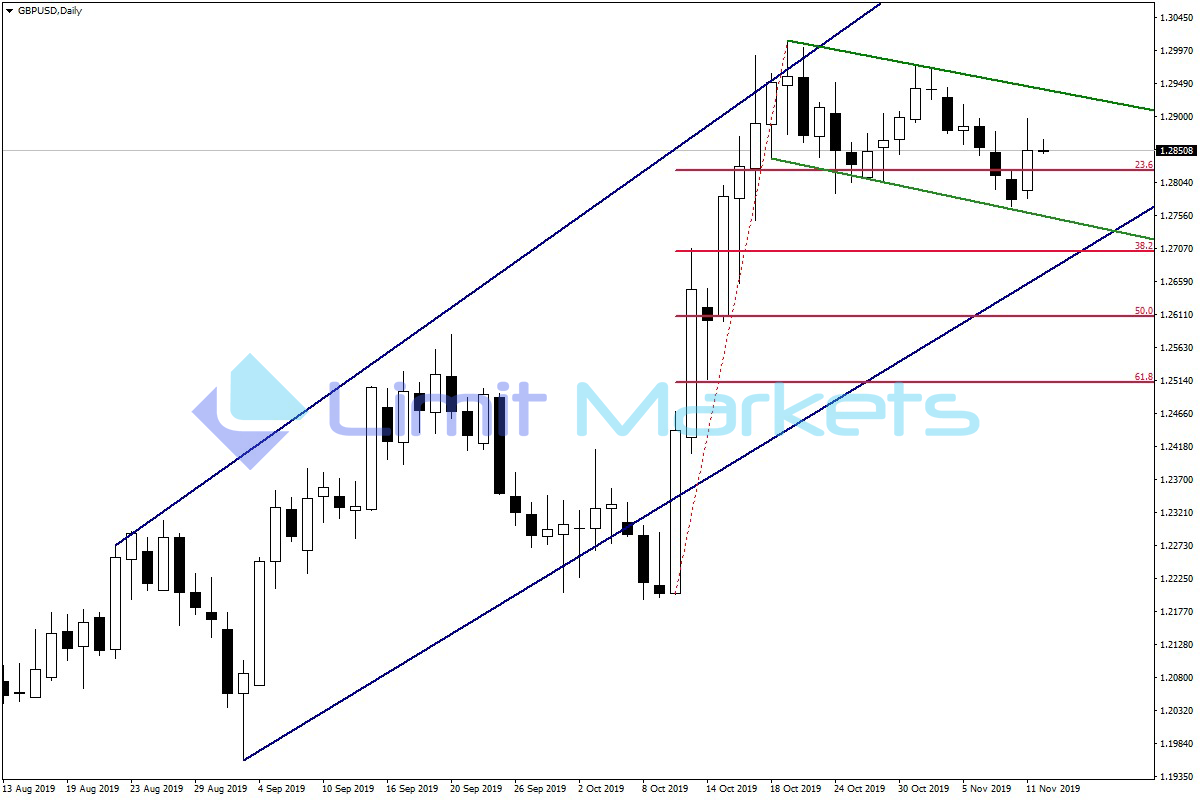 The UK pound continues its upwards trajectory on Tuesday, having gotten a boost from Brexit Party’s leader Nigel Farage who decided to field candidates against the opposition Labour Party and not Prime Minister Boris Johnson’s ruling Conservatives. The price move has since been balanced by the re-strengthening US dollar. But 1.2870 and 1.2900 levels remain in the focus. 1.2940 near the upper band of the inner channel can later be followed in the event the moves goes on. In a reverse situation, 1.2820 and then 1.2800 must be watched. 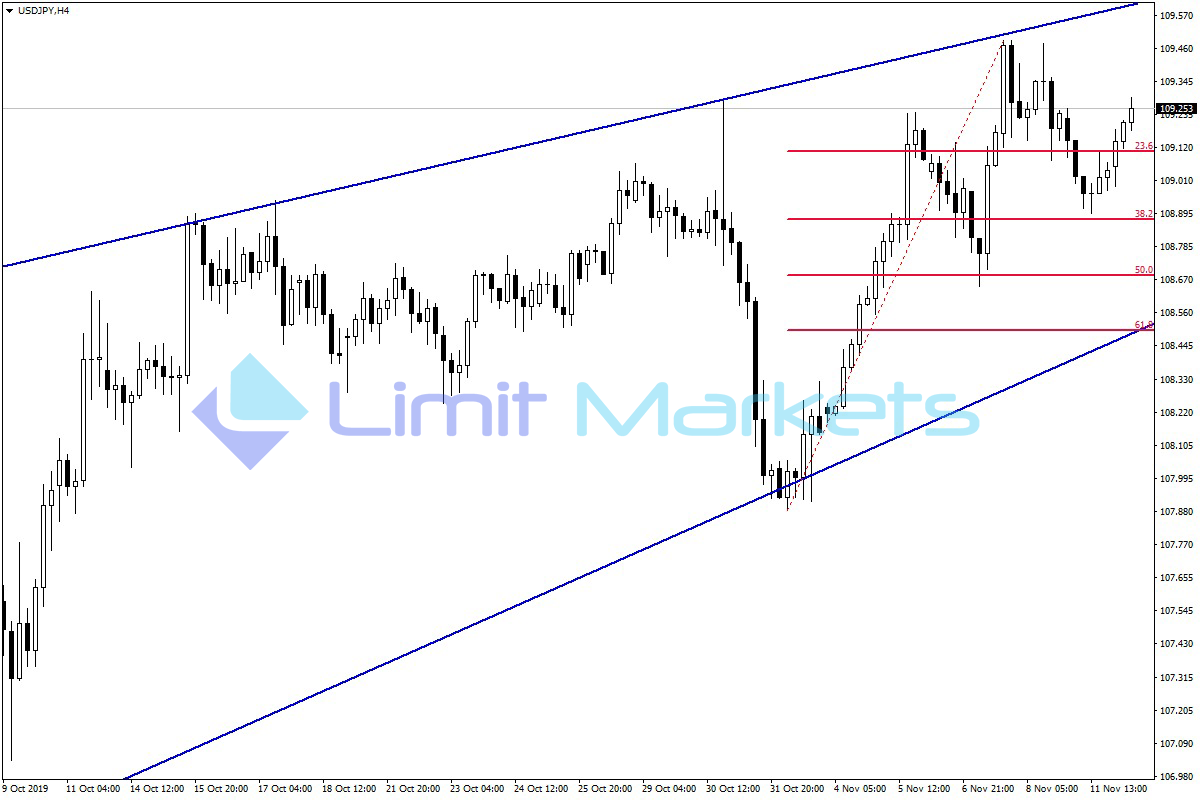 Ongoing doubts over the question if the US and China can reach a deal by the end of the month and violent-turned protests in Hong Kong affect the pair price. However as initial fears this week subsided, the dollar regained its dominant posture, pushing the price up and now targeting 109.35. Above, 109.50, the recent top, must be followed. 109.70 can be designated as an upper target. In the event of a fall, we will watch 109.10 at 23.6 Fibonacci retracement and then 108.80 will come into focus. 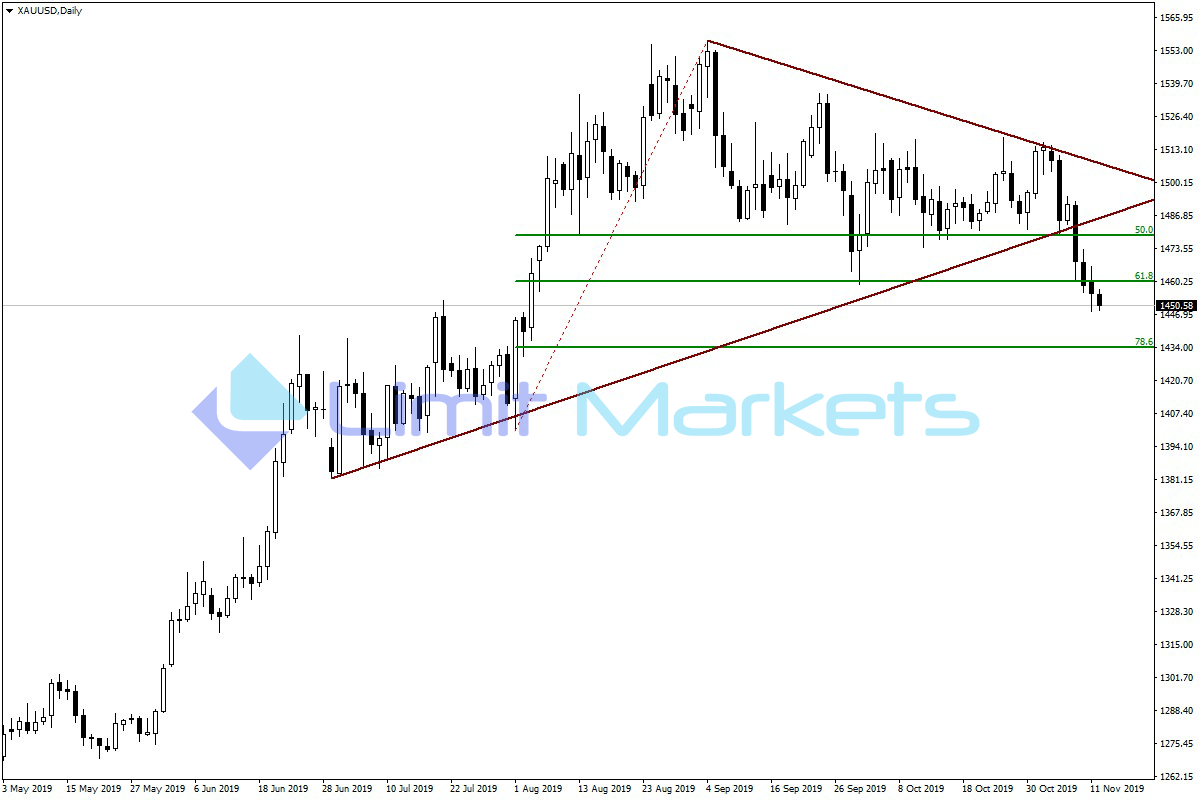 Precious metal prices extended losses on Tuesday despite US President Trump’s creation of confusion regarding the trade negotiations with China. The apparent US decision to not proceed with the imposition of tariffs on EU automobile sector added to the pressure on gold. The price is currently trying to breach the firm 1450 line, at a nearly three-month low. If broken, then 1445 and then 1440 levels will be crucial for support. A bounce-back in pricing should help us rise towards 1456 and then 1460, the latter roughly corresponding with the 61.8 Fibonacci retracement. 1465 will be an important line of resistance in the coming sessions. 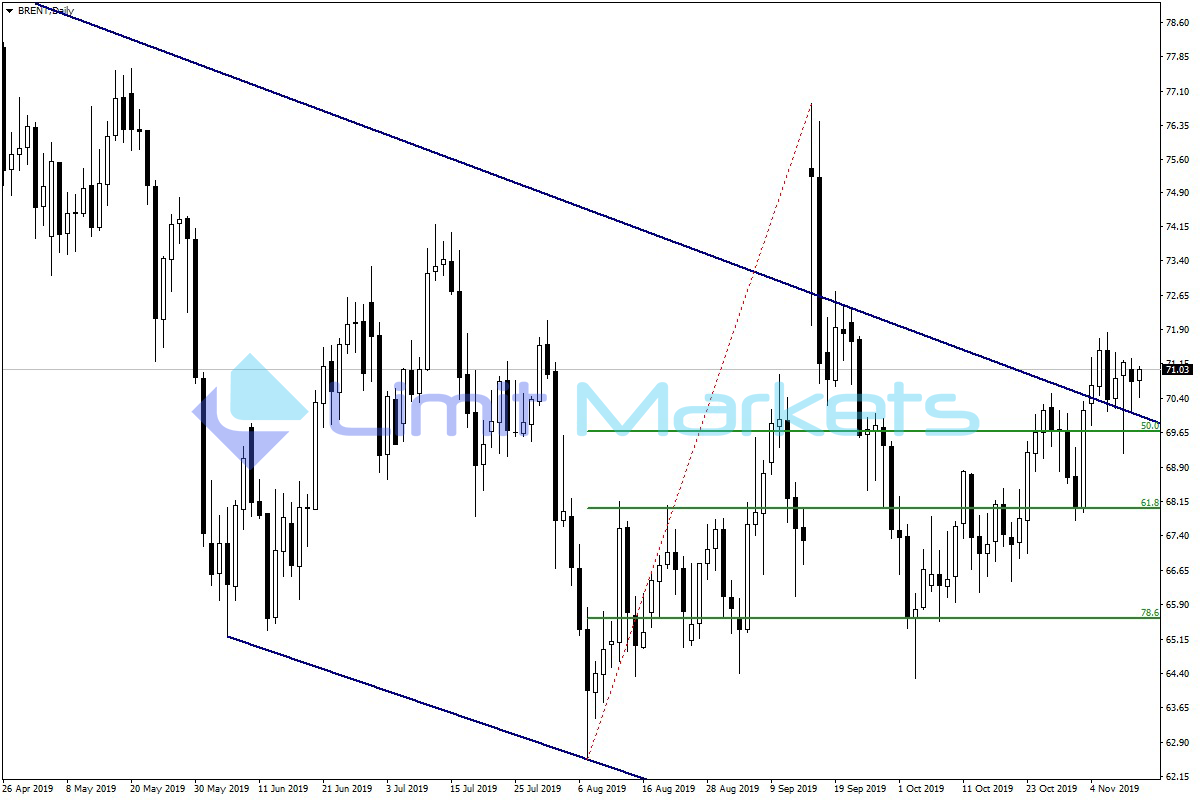 Oil price are weighed down by uncertainties surrounding the US-China trade talks as higher crude output by Saudi Arabian add to the concerns about oversupply. The brent price is balanced slightly above the upper band of the falling channel ahead of the API crude stockpiles data. If the price continues to rise, 71.50 and then 71.70 should be watched. Further above 72.00 remains strong. For a reversal in price, 70.70 and then 70.40 should be followed.

Hopes for a shift in US tariffs on European cars fueled investor sentiment in the German index, leading to an upwards gap. However the Dax 30 soon turned red as points gained were reversed downwards as the index stays near highs last seen two years ago. 13 200 and 13 170 will be followed if the bearish mood intensifies. Still below 13 140 should be watched. In the event of a rise, 13 300 and 13 330 should be followed.