The US Federal Reserve is back in the focus after the weekend attacks on Saudi Arabian oil facilities that unsettled the world markets. The Fed is largely expected to cut its key overnight interest rate by 25 basis points for the second time in this year, although discussion whether a cut is needed at all continue.

The Fed decision will be released at 18:00 GMT and Fed Chair Jay Powell is scheduled to talk to a news conference 30 minutes later.

Washington believes the drone attacks that hit oil production facilities in Saudi Arabia originated from southwestern Iran, according to a US official who talked to Reuters on the condition of anonymity. But Iran-allied Shiite Houthi who are the target of a years-long war by a Saudi-led Arab coalition claimed responsibility for the attacks. Americans and Saudi have rejected the claim on the ground the Houthi don’t have the technology to stage such an attack.

Saudi Energy Minister Prince Abdulaziz bin Salman said at a press conference on Wednesday that his country, the world’s number 1 oil exporter would resume full oil supplies to within this month. Oil prices fell on the news.

British Trade Minister Liz Truss said she expected to seal a trade deal with Australia within months after her country leaves the European Union. Truss is on a tour, visiting Australia, New Zealand and Japan in search of trade agreements alternate to the EU after Brexit.

The UK Supreme Court will continue on Wednesday for the second day its hearing of a case against PM Boris Johnson’s 5-week prorogation of the Parliament.

South Korea on Wednesday officially removed Japan from its “white list” that gives certain countries a fast track trade partner status in response to a similar move last month by Tokyo over the two nations’ disagreement regarding their WWII past. 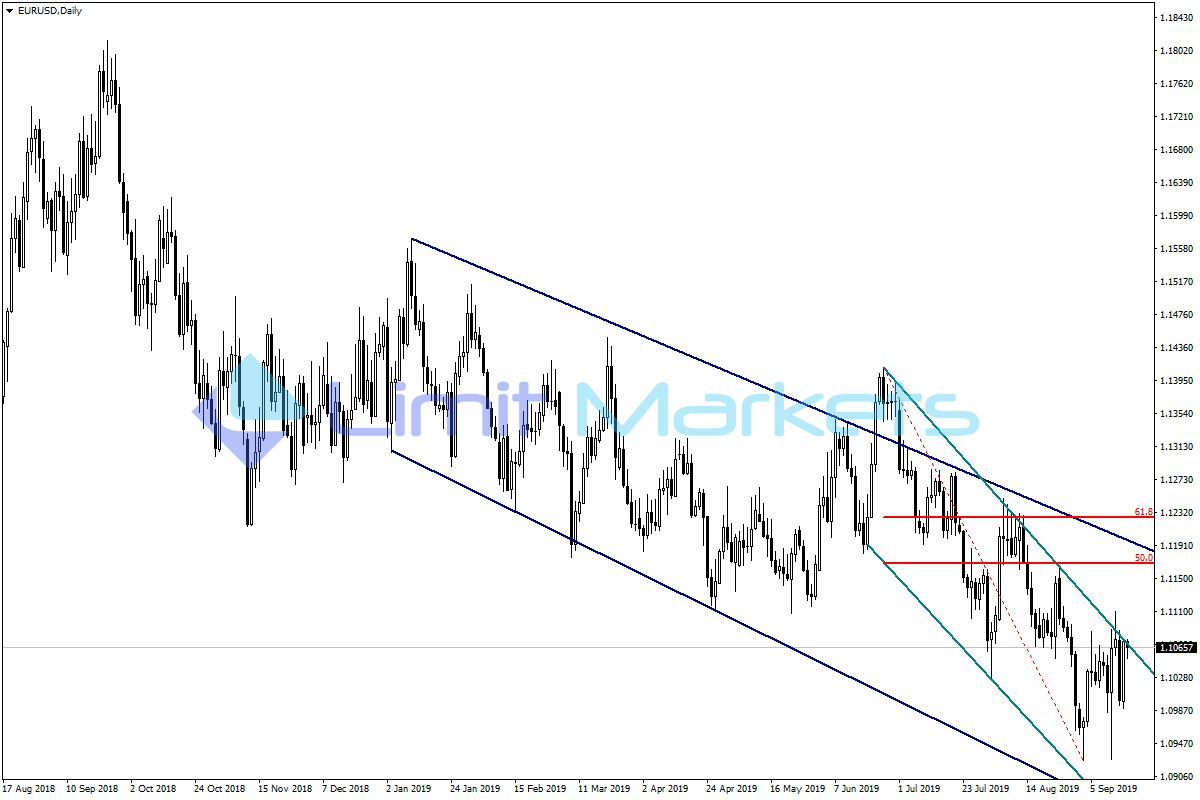 The euro made gains after the ZEW Economic Sentiment report for Germany that showed a -22.5 figure versus the expected –38.0 and previous –44.1. The lessened pessimism on the outlook helped the common currency climb above the upper band of the inner falling channel ahead of the US Fed’s rate decision. The Zew report for the Eurozone economy too was better than expected at -22.4. The price remains near the upper band, but inside the channel. In the event of a continuation to the downward move, we will see 1.1030 before testing 1.1000. If the Fed moves more aggressively in slashing the rates we might see the euro climb back to 1.1075 and later 1.1100. An above target can be designated at 1.1150. Today, ECB’s De Guindos is scheduled to speak. 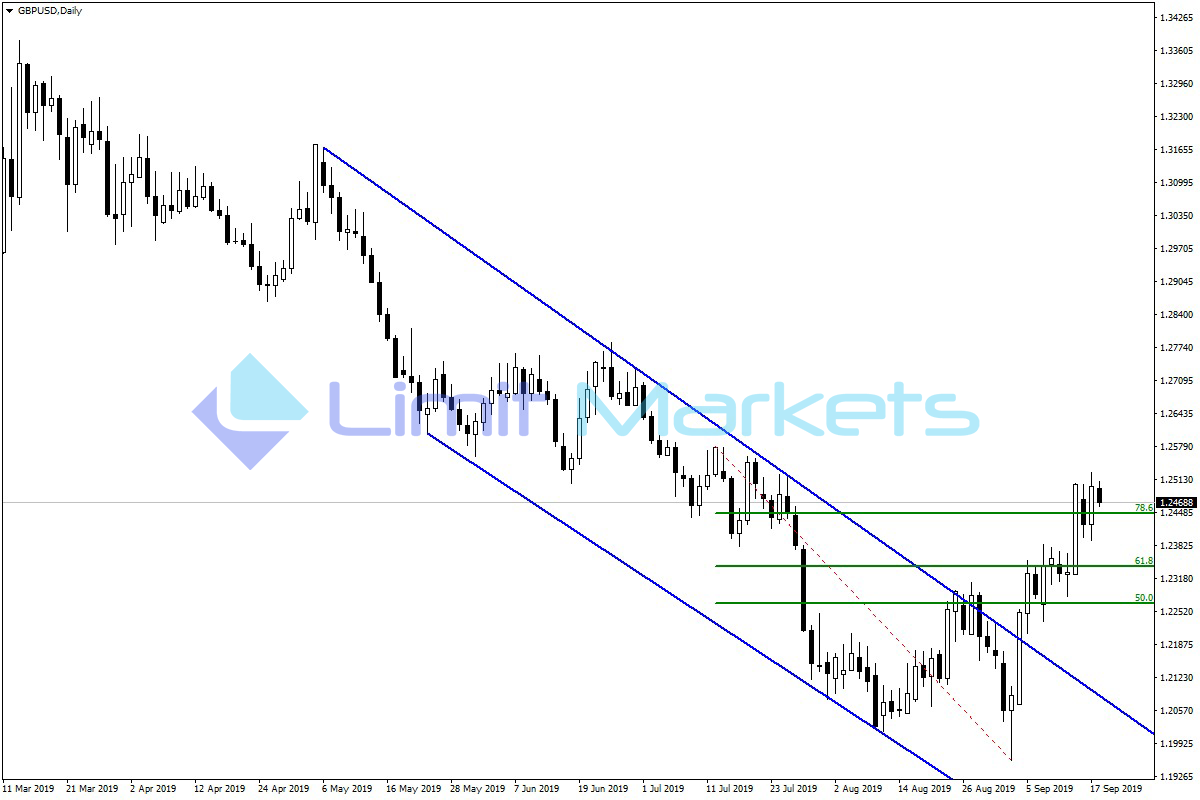 The pound traded near a nine-week high after the dollar index lost over the news that Saudi oil would come back online this month, sooner than initially estimated. But the general outlook for the pound remains weak due to the unabating uncertainty surrounding Brexit. The UK Supreme Court is hearing for the second day arguments whether PM Johnson’s prorogation of the Parliament was legal as contenders accuse him of lying to the Queen. The current price move heads to 1.2445 at 78.6 percent retracement level. If breached, we will follow 1.2420. Still below 1.2400 will be a strong support. In the event, the dollar loses more over a sharper Fed rate cut, we will see the pair go back to 1.2480 and 1.2500. The higher upward target could be put on 1.2540. 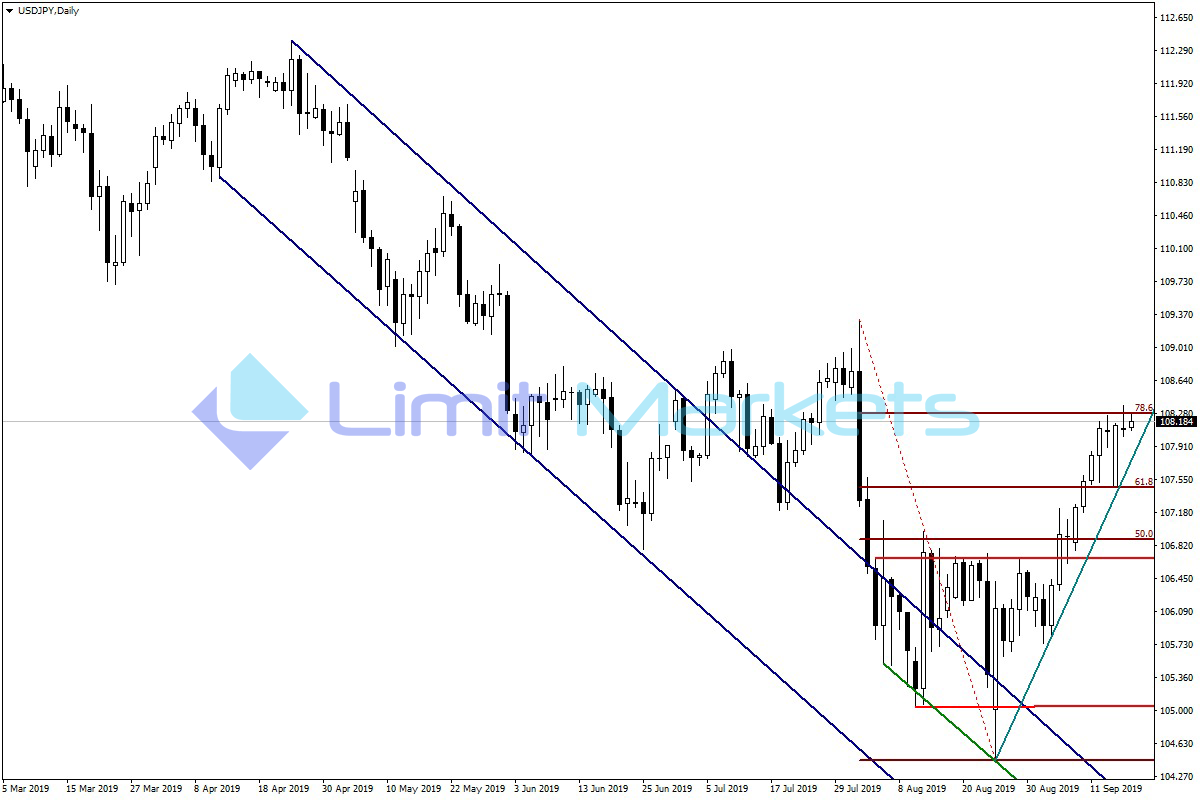 The Japanese yen traded near a seven-week low against the US Dollar ahead of the Federal Reserve’s interest rate decision on Wednesday. Japanese exports, meanwhile fell for a ninth month in a row statistics by the Ministry of Finance showed. Exports from Japan were down by 8.2 per cent year on year during August, in their worst performance yet since the year started. The exports to China, US and South Korea, Japan’s largest trade partners were hit worst amid ongoing trade wars and diplomatic crises. The BoJ will now be facing a harder decision to make on Thursday after the latest negative figures and an expected cut by the Fed today. The pair price remains on the upward trajectory but below the 78.6 percent Fibonacci retracement level at 108.27 that currently is a strong resistance. Further up, 108.37 and later 108.50 can be followed in the event of a marked upward movement. If the dollar loses more than expected over the Fed decision and remarks by Chair Powell, we might see the price retreat 108.00 and 107.80. Still below 107.45 at the 61.8 Fibo can be watched. 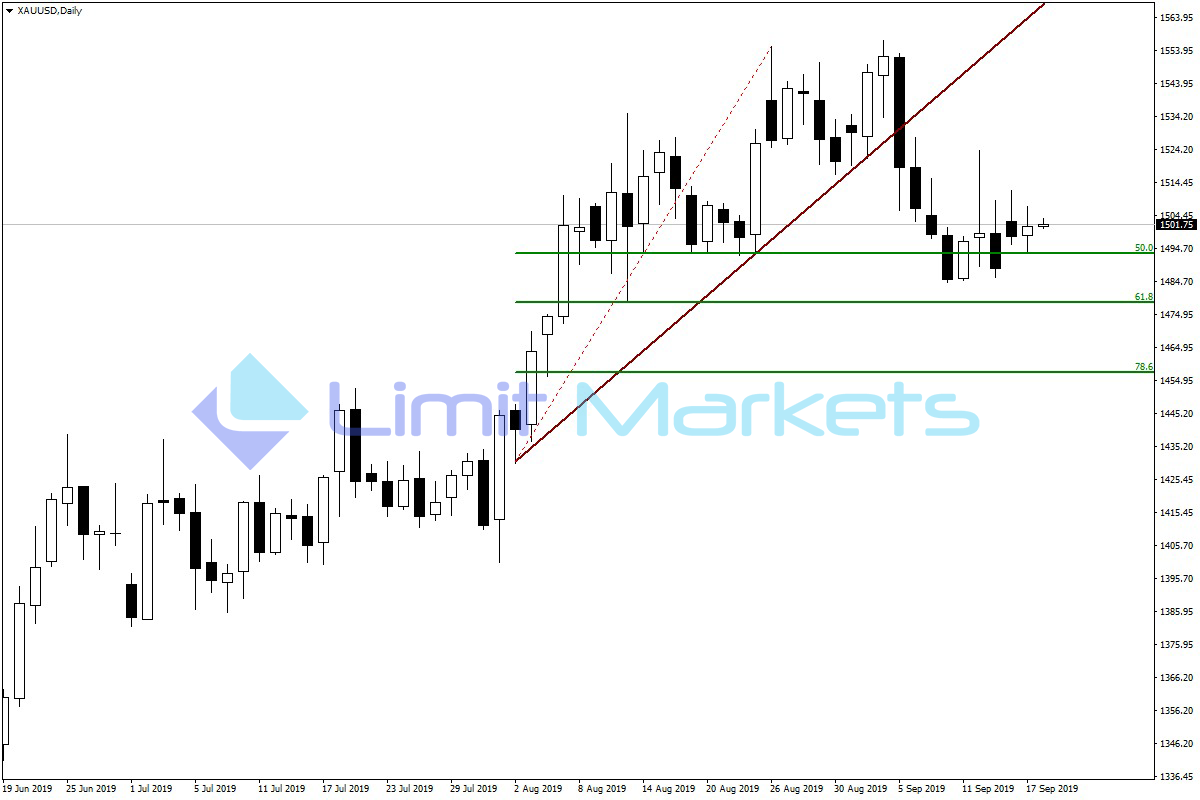 Precious metal prices seem undecided ahead of the US Fed’s key interest rate decision which is expected to deliver a cut of 25 basis points, despite arguments whether such a move is needed. Gold remains above the 1500 level -that could become the new normal amid the rising oil-related tensions in the Middle East between Saudi Arabia and Iran as well as the larger uncertainty regarding next month’s Sino-US trade war. If 1500 is broken, even briefly, we might see 1497 and later 1493 at the 50 percent Fibonacci retracement level. 1490 will be providing firm support. In the event of sharper losses in the US dollar, gold prices will aim 1505 and 1510. 1515 could be a resistance depending on remarks from Chairman Powell. 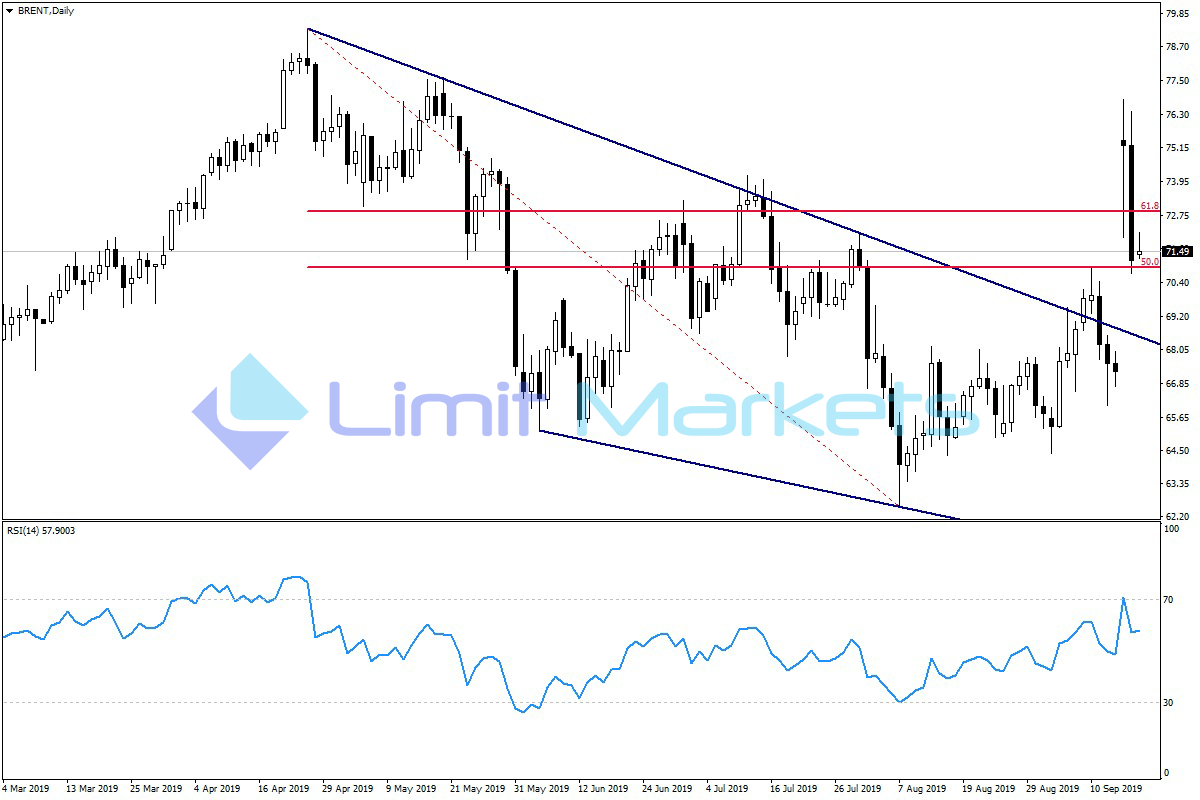 Oil markets steadied after the Saudi announcement that their supplies to global customers would return to normal this month. But the general price sentiment continues ahead of the US Federal Reserve’s rate decision. Holding above the 50 percent Fibonacci retracement, we might see the brent price climb to 72.00 and later 72.60. The level 73.00 slightly above the 61.8 will be a decisive point. In the event of an ease in the Middle East tensions, the price will first test 71.00 that is in the precinct of the 50 Fibo line. A further fall could take the price to the recent low at 70.70. 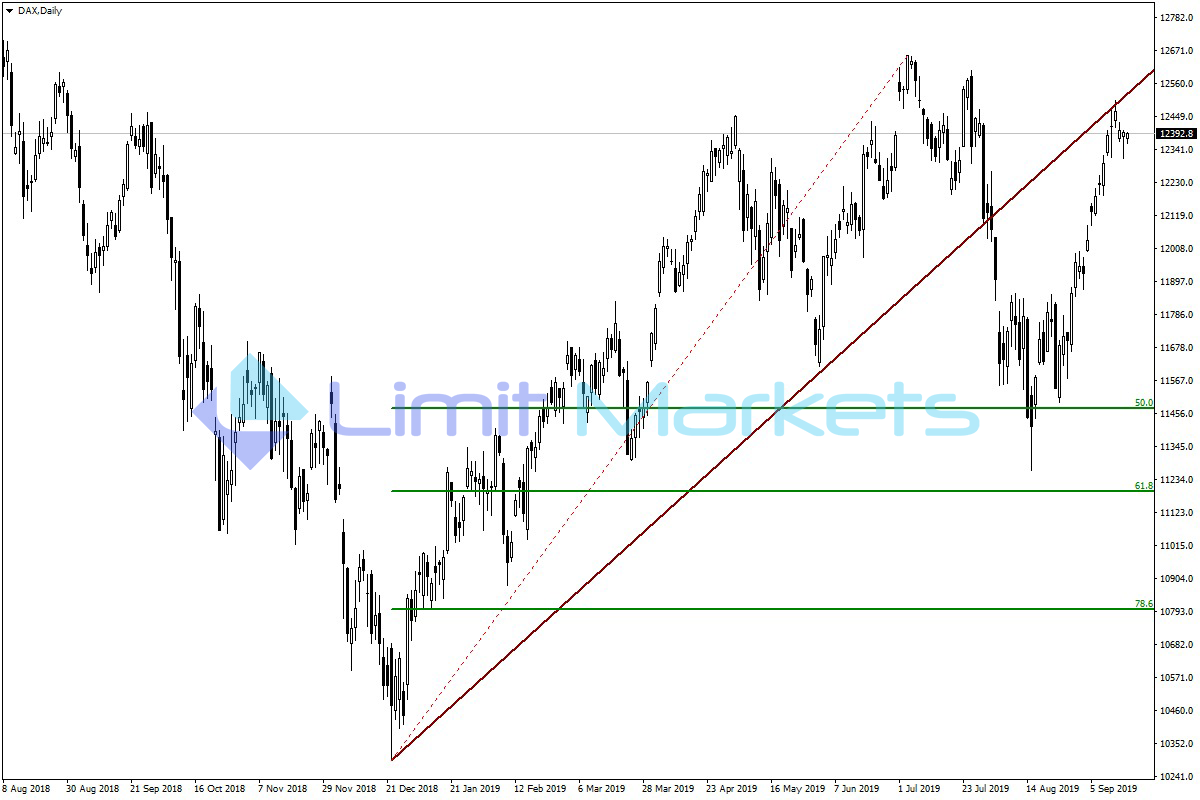 The German stock market is on a cautious trading day ahead of the US Federal Reserve’s interest rate decision as investors avoid riskier exposure, largely awaiting Chairman Powell’s remarks after an expected 25 basis point cut. 12 400 has so far resisted the slightly bullish sentiments that were created after Tuesday’s Zew economic report that showed an improvement in the outlook. If breached, that level will take the index to 12 430, the week’s high. Still above we will watch 12 470 and later 12 500, that is a recently-tested two-months high. In the event, Dax 30 sees losses, 12 350 and later 12 330 will be followed. 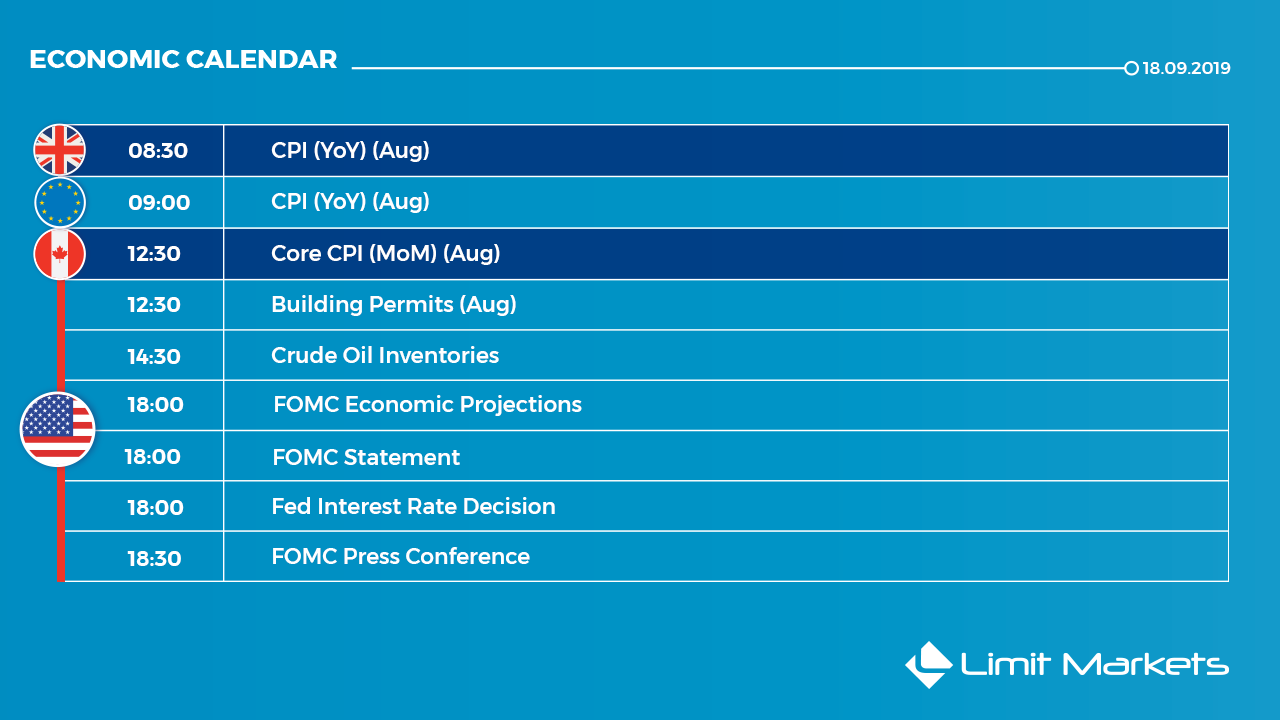