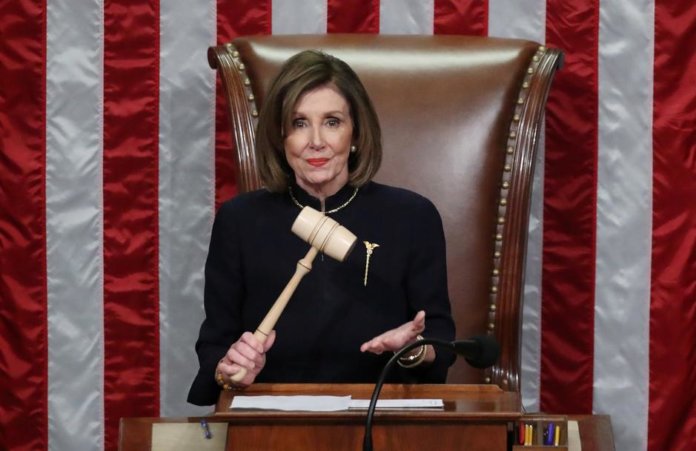 The US House of Representatives on Wednesday impeached Donald John Trump, formally charging him with abuse of power and obstruction of Congress in a hotly-debated hours-long congressional sitting.

The Democrats-led House’s approval of the two accounts of impeachment made Trump the third president in US history to be impeached. The case is now in the Republican-controlled Senate’s court where Trump hopes to be exonerated instead of removal from office.

China released a new list of tariff exemptions for certain US imports on Thursday, mostly chemical products, following last Friday’s announcement by the world’s two largest economies that they reached a so-called Phase-1 deal. Beijing signaled that another list of exemptions was to be released at “an appropriate time.”

Chinese commerce ministry spokesperson Gao Feng said that Beijing and Washington remained in close contact over how and when to sign the Phase-1 trade deal, according to remarks carried by the state media Xinhua.

The Bank of Japan (BoJ) left its monetary policy settings unchanged during a meeting on Thursday as policymakers decided to maintain their upbeat view on the economic situation.

The BoJ saw no need for further stimulus for now despite continued threats from the Sino-US trade war and falling exports.

The US Energy Information Administration (EIA) on Wednesday said that America crude oil stocks fell by 1.1 million barrels in the week ending December 13. The figure was less than the 2.5 million-barrel average decline expectations.

The Bank of England is meeting today amid the re-heightened Brexit risks despite last week’s clear victory for the PM Boris Johnson’s Conservatives. The BoE is scheduled to announce its policy settings and interest rate decision at 1200 GMT. Most economists expect the BoE to keep its rates unchanged at 0.75%.

Sturgeon will be releasing a pro-independence manifesto called “Scotland’s Right to Choose,” calling on London to accede a second referendum.