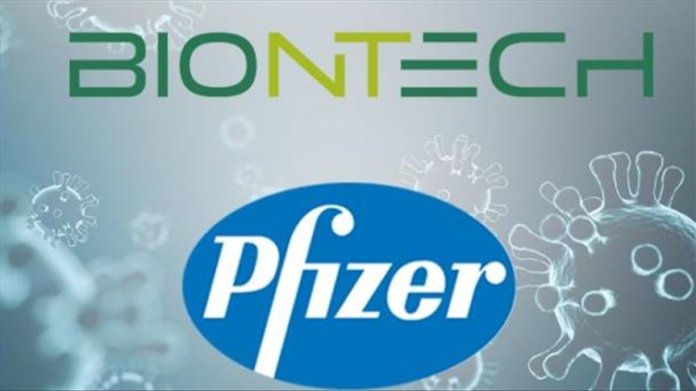 US President-Elect Joe Biden will not immediately cancel the Phase-1 trade agreement signed by President Donald Trump with China and will not take steps to lift tariffs on Chinese exports, the New York Times reported on Wednesday.

In an interview with NY Times columnist Thomas Friedman, who gave clues on how the new administration will move forward in foreign policy, Biden said that his top priority is to provide a generous stimulus package through Congress before he comes to power.

Biden also touched on the Middle East, saying if Iran proceeded with developing a nuclear bomb, the Saudis, Turkey, Egypt and others would be under tremendous pressure to have their own nuclear weapons.

“And the last goddamn thing we need in that part of the world is a buildup of nuclear capability,” Biden said.

With Biden presenting his pick for the Treasury Janet Yellen at a Delaware event yesterday, talks on a new support and stimulus package in Washington against the economic crisis created by Covid19 accelerated. The incoming Biden administration which introduced itself announced that it is working on a package that can be run as soon as they come to power.

A Democrat-Republican bipartisan senator group, known as the ‘Stimulus Gang’, announced that they had prepared a $908 billion package.

Senate Majority Leader McConnell also told his GOP members in an update that he was working with Treasury Secretary Mnuchin and the White House Chief of Staff Meadows, saying it was with Trump’s blessings.

The McConnell-led Senate republican proposal on aid against the coronavirus crisis aims to withdraw $429 billion in unused funds for federal emergency loans and re-purpose $140 billion from unused small business assistance.

Mnuchin said on Wednesday that Trump was ready to sign McConnell’s proposal.

As Mnuchin is expected to hold new meetings with the Speaker of the House of Representatives and senior democrat leader Nancy Pelosi with whom he has worked extensively throughout the year, he said that there were no talks scheduled today.

Investors began to unwind their bets that the BoE would cut interest rates below zero, after breakthroughs in a series of vaccine development efforts fueled hopes for a sharp economic recovery next year.

The Bank of England’s prime interest rate is expected to trough roughly to zero percent in late 2022, according to derivatives markets linked to expectations for the trajectory of bank interest rates.

As the BoE faced pressure to protect the economy from the subsequent effects of the epidemic, investors were positioning for a decline into the negative zone over the next few years, according to a Financial Times article Wednesday.

Meanwhile, the UK became the first western country to approve the coronavirus vaccine on Wednesday. The London government said the vaccine developed by American Pfizer and its German partner BioNTech could be given to the most vulnerable people as early as next week.

Prime Minister Boris Johnson touted the British medical authority’s approval of the vaccine as a global win and a beacon of hope in the gloomy environment of the novel coronavirus that has killed nearly 1.5 million people globally, striking the world economy and upsetting normal life.

The British Medicines and Healthcare Products Regulatory Authority (MHRA) gave the Pfizer-BioNTech vaccine its emergency use approval, which they say was 95% effective in preventing disease, in record time — just 23 days after Pfizer released the first data from the final stage clinical trial.

The world’s great powers have been competing for months to develop and obtain vaccines to kick-start recovery, and being the first to introduce the vaccine can be seen as a win for the Johnson government, which has come under criticism for the way it has managed the crisis.

Pfizer boss Albert Bourla and German biotech partner BioNTech described the approval of a vaccine for use almost exactly a year after the novel coronavirus emerged in Wuhan, China, as a victory for science.

The EU called the UK’s vaccine approval as hasty and problematic.

However, under UK law, MHRA has the power to temporarily authorize products when needed by the urgent public even though it still has to abide by EU’s health regulators as the Brexit transition period is yet to expire in just under four weeks.

For their vaccine’s emergency use, Pfizer and BioNtech filed an emergency use authorization by the European Medicines Agency (EMA), but the EMA said it will decide by December 29 whether the Pfizer vaccine will be permitted by the procedure.

“I think this decision is problematic and hasty, and I recommend that EU member states do not manage the (vaccine approval) process in the same way,” said Peter Liese, a member of the German Chancellor Angela Merkel’s party.

Private-sector employers recruited in November at a slower pace than expected, according to the ADP National Employment Report published Wednesday in the US. This suggests that the labor market’s recovery from the coronavirus crisis slowed amid the recovery in cases.

The report showed that companies created 307,000 new jobs last month. This is sharply lower than the 410,000 median job growth forecast Refinitiv expected in a survey of economists.