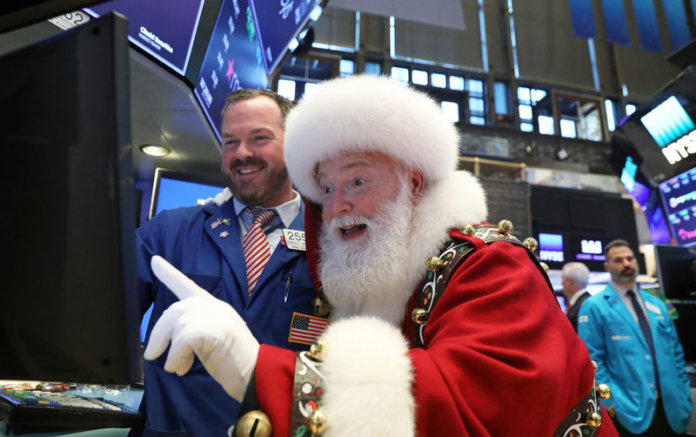 The announcement of the discovery of a new Covid19 strain by the UK Prime Minister Boris Johnson over the weekend shifted major economies’ risk perception, with the European countries hastily putting in place travel bans and border closures.

Keep in mind: Johnson said during a live broadcast on the BBC that although the new variant was to 70 percent more transmissible, it was not more lethal.

The European Commission called on member states earlier the day to cancel their travel bans with the UK.

While concerns increase over the new Covid-19 variant spreading in the UK, German drugmaker BioNTech, which developed the first US, UK, and EU-licensed Covid19 vaccine with the American pharmaceutical company Pfizer, said that he current vaccine was effective also against the new variant, adding that scientists can use existing technology to produce a new vaccine against mutations of the coronavirus within six weeks if necessary.

“The beauty of the messenger mRNA technology is we can directly start to engineer a vaccine that completely mimics this new mutation and we could manufacture a new vaccine within six weeks,” BioNTech CEO Uğur Şahin told the British Financial Times on Tuesday.

Background: Scientists are scrambling to understand the novel coronavirus variant that isolated the UK from the rest of the world. First detected in the UK in late September, the mutation spread rapidly across the country and has now been recorded in Denmark, Iceland, the Netherlands, Australia, and Italy.

“As a scientist, you are not optimistic, you think in likelihoods and the likelihood it works is relatively high,” said Sahin told FT.

As a mutant variant of the coronavirus in the UK fueled concerns about a demand recovery in energy, oil dropped below $50 a barrel for a second day on Tuesday, deepening its weekly losses.

Snap look: Brent crude oil was trading at 50.38, down 0.9% per barrel at 16:48 GMT. Brent recently dropped below 50 for the second day to hit $49.52. US West Texas Intermediate (WTI) crude oil fell as low as 46.58 during the day. The decline in both CFDs partially erased the recent gains from the introduction of COVID-19 vaccines, which are seen as the key to return to normal life.

European Union chief Brexit negotiator Michel Barnier said he was applying “one final push” to conclude a trade deal with the UK.

Why it matters: When the UK leaves the European bloc’s single market and customs union on December 31st, it will have completed the Brexit process, meaning existing free trade arrangements end in 9 days.

Brussels sources told Reuters that differences in access to fish stocks were reduced, but the problem remained an obstacle for a deal.