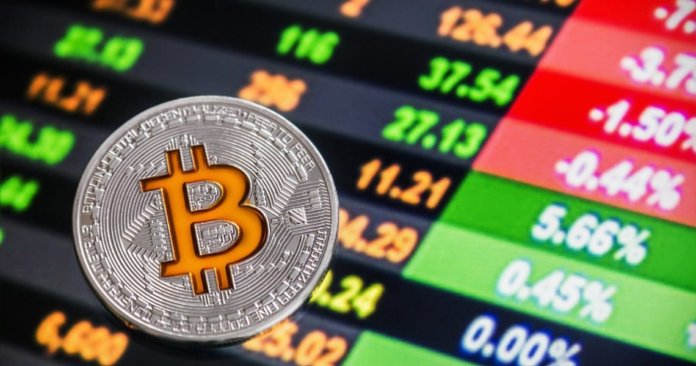 S&P Dow Jones Indices, a division of financial data provider S&P Global, announced on Thursday that it will open cryptocurrency indices for trading in 2021.

This step will make SP and its divisions the last major financial company to enter into nascent asset class investments. The companies said that S&P DJI-branded products will use data from more than 550 coins that are most traded at New York-based virtual currency company Lukka.

S&P and Lukka said in a joint statement that S&P customers can work with the index provider to create customized indices and other benchmarking tools on cryptocurrencies.

S&P and Lukka hope that more reliable pricing data will facilitate investors’ access to the new asset class and reduce some of the risks of the highly volatile-speculative market. This action by SP, one of the most well-known index providers in the world, could help cryptocurrencies become more general investments, stabilize, and be welcomed more with acceptability and legitimacy.

Bitcoin continues to rise to record highs against the dollar, with increasing demand from investors who believe the virtual currency is a safe haven and protection against inflation. Bitcoin traded at $ 19,300 in Thursday’s trading and has risen nearly 170% this year.

The number of Americans applying for unemployment benefits for the first time fell last week. But the figure remained extraordinarily high due to widespread socio-economic restrictions on the application to slow the rising tide of new COVID-19 infections and the lack of additional fiscal stimulus.

Initial requests for state unemployment benefits fell by 75,000 in the week ending November 28 to a seasonally adjusted 712,000, the US Department of Labor said on Thursday. Economists surveyed by Reuters had an estimate of 775,000 applications last week.

Unemployment claims continue to signal a troubled recovery in the labor market. As the year approaches, millions of unemployed people are increasingly at risk of losing access to unemployment benefits.

The department’s weekly unemployment report included the Thanksgiving holiday, which could affect the model the government uses to extract seasonal fluctuations from the data.

The official government observer, the U.S. Government Accountability Office, said in a report released Monday that the Department of Labor data is incorrect as it uses traditional estimates that are inappropriate given the economic shock caused by the coronavirus outbreak.

Positioning themselves for a world with stronger growth and a weaker dollar, top money executives say the dollar’s decade-long bull run is over.

This downward trend on the dollar was a joint verdict of investors attending this week’s annual Reuters Investment Outlook summit, who predicted that non-US assets from commodities to emerging markets and European stocks will perform well as the Fed’s interest rates remain on the ground.

The dollar, which has strengthened more than 40% since the depths of the 2008 crisis, is experiencing its first annual loss against a six-currency basket in three years. More of these losses are likely to come.

The dollar fell today to 0.8891 against the Swiss franc, the lowest in the last 5 years.

“The markets are right, I think the dollar will cheapen from here,” Rick Rieder, BlackRock’s chief investment officer, responsible for fixed income, told the Reuters summit.

Rieder acknowledged that the dollar will always be an “organic bid” as the world’s leading reserve currency, but that this should not prevent it from at least moderately weakening as the euro and emerging market currencies strengthened.

Such views are echoing in investment banks. Citi predicts a 20% drop in the dollar in 2021. While BNP Paribas expects the currency to decline to $1.25 against the euro, Deutsche sees the rate at 1.30 at the end of 2021.

The US State Department said on Thursday that the Trump administration has passed new rules to restrict Chinese Communist Party members and their families from traveling to the United States.

In the statement, it was stated that the policy reduced the maximum validity of B1 / B2 visitor visas for Party members and immediate family members from 10 years to 1 month. The State Department wrote that this measure was intended to protect the American nation from the “malign influence” of the Chinese Communist Party.

The policy affects 91 million CCP members and millions of their family members.