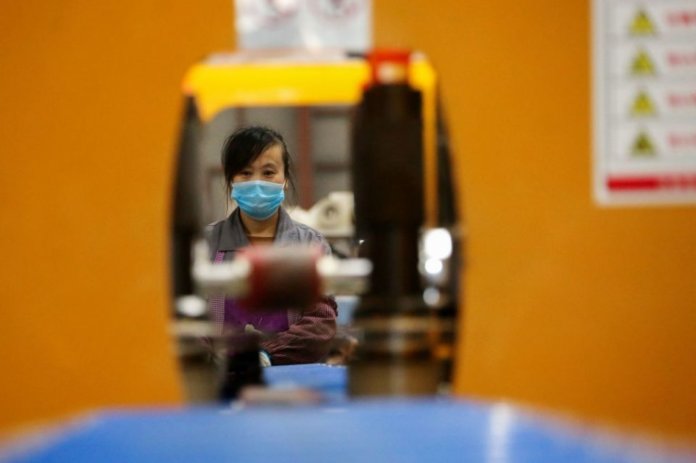 US President Donald Trump’s trade adviser Peter Navarro said on Monday that the previously announced Phase-1 trade agreement between the US and China will be signed next week.

“We’ll probably have a signing on that within the next week or so – we’re just waiting for the translation,” he said, speaking in an interview with Fox News.

The Hong Kong-based daily South China Morning Post (SCMP) wrote that China’s Vice-Premier Liu He is set to visit Washington with a delegation on Saturday to sign Phase-1. The newspaper added that the invitation came from America and that China responded positively.

“Never believe reports on anonymous sources. Get it from President Trump or … US Trade Representative Robert Lighthizer,” Navarro told Fox, on the SCMP report.

In a report released Tuesday, China’s National Bureau of Statistics showed that the country’s official Purchasing Managers Index (PMI) rose to 50.2 in December, slightly above expectations. The manufacturing PMI index was expected to be at 50.1.

The bureau said China’s Manufacturing PMI was 50.2 in November. PMI readings above 50 indicate expansion, while those below this level indicate contraction. It said that production accelerated in December as demand increased. The Bureau noted that food and beverages, clothing, pharmaceutical, and automobile sectors were some of the sectors that recorded strong growth in manufacturing activities.

Tensions persist in the Middle East after the US airstrikes against the Iranian-backed Shiite militia group Kataib Hezbollah in Iraq and Syria. Iraqi Prime Minister Adel Abdul Mehdi condemned on Monday the US airstrikes and described them as a violation of sovereignty.

Saudi Arabia, on the other hand, said it condemns Iranian-backed militias’ last week attacks on American forces in Iraq.

North Korean leader Kim Jong Un will make a new year address Wednesday. Kim is expected to talk on a wide range of issues from foreign affairs to military developments, economy, and education.

The end-of-year deadline Kim has given to the United States to compromise in the negotiations for the denuclearization of the Korean peninsula is about to expire.

Gold prices continue to rise since the beginning of the week. Alongside geopolitical tensions, the precious metal is supported by the weakening of the US dollar.