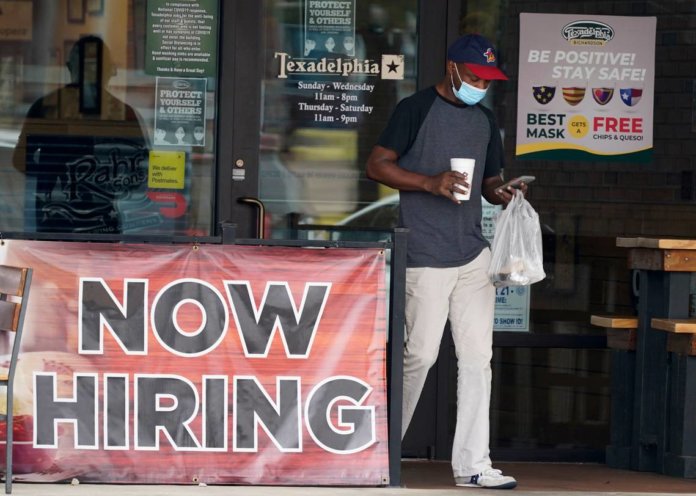 There will be no final update on Friday’s Brexit trade talks, which the European Union’s chief Brexit negotiator Michel Barnier was planning to hold with the bloc’s national ambassadors.

A spokesperson for the EU bloc said the cancellation was “due to intense negotiations going on in London”.

A spokesperson for UK Prime Minister Boris Johnson said the negotiations had become “very challenging.” A veto threat by Paris remains in place due to France’s insistence on preserving its own fish quotas.

Sam Coates, the deputy policy editor at private television SKY News, commented that the good news was still that the parties were talking.

The British pound climbed to its highest level seen in May 2018 with GBPUSD 1.3539 against the US dollar, exceeding the levels recorded in the aftermath of the December 2019 UK general elections. EURGBP fell as low as 0.8982 in a usual course it’s taken in recent weeks.

Proposals in Washington for a new financial support package needed to get the American economy out of the Covid19 crisis are gaining momentum to be re-negotiated. A positive approach from both parties and the White House is raising hopes.

A bipartisan $908 billion aid package prepared by senators from both parties, attracts attention in Congress. The rather complicated negotiations between the House of Representatives, the Senate, the White House, the leaders and legislators of the two parties this time give the appearance of a more serious and sincere effort.

It is almost certain that the US government will pass a fresh stimulus package, unlike pre-election talks that largely fell victim to political calculations.

Brent crude oil futures surged to just under $50 a barrel on Friday.

The world’s major manufacturers have agreed to a compromise to increase production slightly from January, but have decided to maintain most of the current supply restrictions to cope with the demand hit by the coronavirus.

OPEC + and its Russia-led allies on Thursday agreed to reduce oil production cuts by 500,000 barrels a day since January.

Energy Intel reported that the cartel agreed to cut 7.2 million BPD instead of 7.7 million BPD, with changes if necessary, for at least three months. But they could not reach an agreement on a broader policy for the remainder of 2021.

Another factor supporting the prices was the momentum in the US for a bipartisan $908 billion package offered to heal the US economy.

Senior EU officials said the European Union could implement its massive coronavirus stimulus plan and budget without Hungary and Poland.

Hungary and Poland vetoed the EU budget plan from 2021 to 2027, as they opposed the link between payment of EU funds and compliance with European values, the so-called rule of law mechanism.

The dispute is not new; Both countries are being investigated by Brussels for allegedly affecting the appointment of senior judges and freedom of expression. But the former communist Soviet satellite state and today’s conservative-ruled countries deny the charges.

Speaking to the Financial Times on Friday morning, EU budget chief Johannes Hahn said that Budapest and Warsaw “cannot stop us from helping our citizens”.

In the world’s largest economy, less than half of the jobs expected were created in non-agricultural sectors last month.

The US economy added 245,000 jobs in November. This is a figure far below the consensus estimate of 440,000 o a Dow Jones survey. However, the unemployment rate fell from the previous 6.9% to 6.7%, meeting expectations 0.1% better.

Despite worse-than-expected employment growth in November, the positive course of talks on a new fiscal stimulus package in Washington that will help recover the economy from its worst decline in decades caused Wall Street’s main indices to open close to all-time highs on Friday.