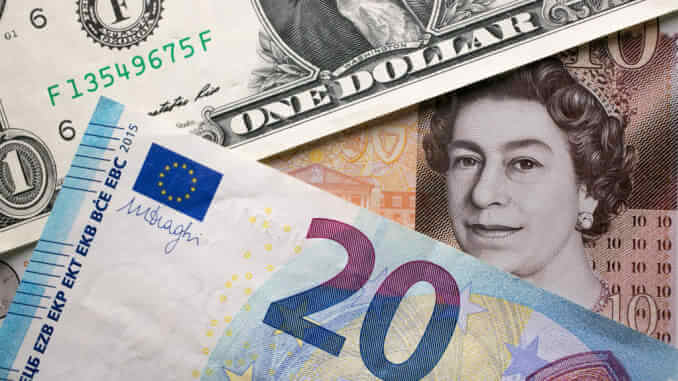 People of the United Kingdom are going to the ballot box on Thursday in what is the third elections in only five years over the deadlock Brexit has caused.

Prime Minister Boris Johnson’s ruling Conservatives is leading the main opposition Labour Party of the Marxist Jeremy Corbyn with a diminishing gap of at least 10 points.

Johnson is promising to get Brexit done and pump funding into the police force, the NHS and education. His main rival Corbyn vows to haul sweeping new reforms, including nationalization of transportation, mail, and telecommunications while detractors accuse him of a far-left agenda and resurrecting anti-Semitism.

The US Federal Reserve is gathering for the year’s last monetary policy meeting on Wednesday.

The central bank, under multifaceted pressure from trade wars, slowing economies abroad and President Donald Trump, is largely expected to its benchmark federal funds rates on hold after slashing them three times since the summer.

Non-farm payrolls report last week that showed an increase of 266 thousand new jobs in the US economy seems to have strengthened the Fed’s position that the rate cuts done so far are enough. An update of growth and inflation forecasts by the bank along with Chairman Jerome Powell’s speech will be in the focus.

The European Central Bank (ECB) is set to discuss its monetary policy on Thursday for the first time under the leadership of President Christine Lagarde.

ECB is widely expected to keep its interest rate already in the negative territory unchanged. Lagarde’s speech in which she is anticipated to outline her views and potential changes to the ECB policy will be closely followed by markets.

Apart from two of the major central banks’ policies on top of the agenda, investors will be tuning into developments in the Sino-US trade war.

With hopes for a deal fading after remarks by Trump that he might have to wait until after the 2020 presidential elections, world markets want to see if Washington and Beijing will at least manage to avoid the next batch of tariffs set to be imposed on December 15.

Leaders of the European Union countries are gathering for a two-day summit at the union’s headquarters in Belgium’s Brussels on Thursday. The EU heads of states are to discuss the Eurozone integration as well as the Brexit and elections in Britain.