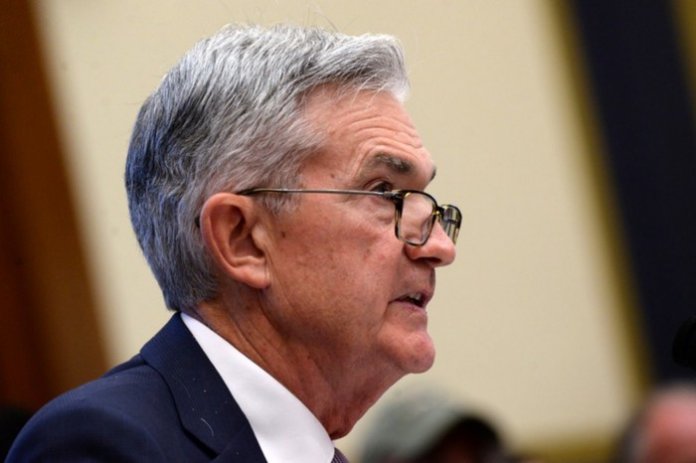 At a Congressional testimony Wednesday, US Federal Reserve Chair Jerome Powell went dovish and set the stage for a cut in federal funds rate during the upcoming FOMC meeting later this month.

In defiance of Trump

Powell confirmed that the economy was under threat from slowing factory activity, mild inflation and the unending trade war with China. The Fed is ready to “act as appropriate,” he told the lawmakers. When asked if he would clear his table and leave if President Donald Trump called to tell him to quit, Powell said no and that he would serve his full term of four years.

“It appears that uncertainties around trade tensions and concerns about the strength of the global economy continue to weigh down on the US economic outlook,” said Powell, who is also set to appear before the Senate later today.

Fed Minutes of the mid-June FOMC meeting showed that some board members thought there was not yet a strong enough case for starting to cut rates and easing.

Dangerous encounters in the Gulf

US army officials have told CNN that five boats belonging to Iranian Revolutionary Guards tried to seize a British oil vessel, Hermitage, near the Strait of Hormuz in the Persian Gulf on Wednesday. The Iranians told the tanker to come and stop in Iranian waters. The encounter was interrupted by a British warship HMS Montrose that directed its guns on Iranians and told them to withdraw.

The incident was confirmed by the UK Defense Secretary as Iranians rejected that any such incident took place. This comes after Britain seized an Iranian tanker carrying oil to Syria in violation of EU sanctions and President Hassan Rouhani said that UK must face consequences.

American crude oil producers cut almost a third of their output on Wednesday after they evacuated staff from the Gulf of Mexico which appears to be on the path of an intensifying major storm. The storm, to be named Barry, is expected to develop into a hurricane by Friday as it gets closer to the US mainland.

Germans to bargain with USTR

Germany’s Economy Minister Peter Altmaier said he is going to meet with the US Trade Representative Robert Lighthizer on Thursday to discuss a dispute over EU subsidies to the aircraft-maker Airbus. EU is under threat of American tariffs due to the issue as the bloc prepares for more tariffs on even more fronts.