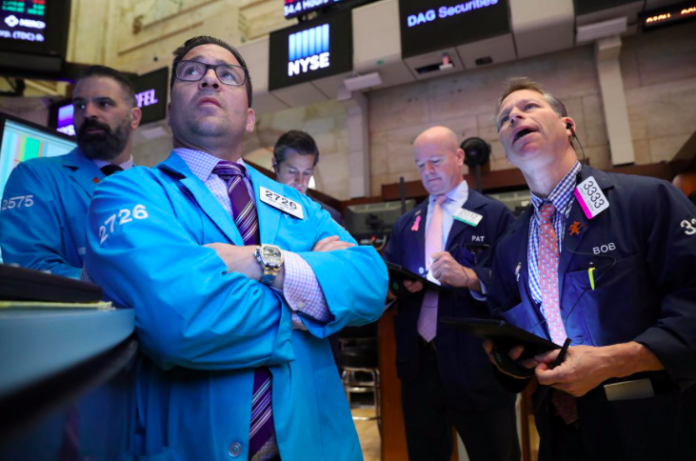 The week ahead will be a busy in terms of geopolitical developments, particularly for the Sino-US commerce relations as they try to push for a deal in what the parties hope to be the last phase of the talks, an EU summit in Romania and the Brexit process.

There also will be speeches by ECB’s Draghi and Fed’s Powell.

Data-wise, the week is less eventful.

Here are the details and more

The Chinese-American trade talks are set to resume in Washington DC. China’s Vice-Premier and chief negotiator Liu He is flying to DC to meet once again with Treasury Secretary Steven Mnuchin and US Trade Representative Robert Lighthizer. The two sides hope to finish negotiations this month.

But this will be coming after US President Donald Trump on Sunday seemed to pressure China, vowing to increase tariffs Chinese goods.

“The Trade Deal with China continues, but too slowly, as they attempt to renegotiate. No!” Trump said in a tweet. If implemented, the tariffs will rise to 25%. The sides were reporting progress in last week Beijing round of talks.

European Union leaders are convening in the Romanian city of Sibiu on Thursday in a bid to unofficially discuss the next presidents for the European Commission, European Council and European Central Bank.

The summit will be closely watched by the markets as they try to find out who might replace the current ECB President Mario Draghi.

Draghi himself is poised to speak in a Wednesday conference.

But before that, on Tuesday, the European Commission’s spring economic forecasts will be watched.

Prime Minister Theresa May’s ruling Conservatives and opposition Labour Party of Jeremy Corbyn are continuing their cross-party Brexit talks in a bid to resolve a parliamentary impasse. Last week’s defeat of both parties in local English councils has put both May and Corbyn in a corner as they try to find a way out from the Brexit criss.

The US earnings season slows down but 60 companies on the S&P 500 are reporting their quarterly incomes and sales figures.

Federal Reserve Chair Jay Powell is speaking on a Thursday conference as his leadership remains under pressure from the Trump White House to cut the rates and start pouring money into an already heated economy.

Central banks in Australia and New Zealand are meeting. Both banks’ interest rate is not expected to change however markets will be studying the language to see if they are getting ready for cuts in the near-future.

The UK Q1 growth,US consumer price figures and Germany industrial production and factory orders will be in the focus.

December 7: Your finance report - the week ahead

November 30: Your finance report - the week ahead

November 16: Your finance report - the week ahead