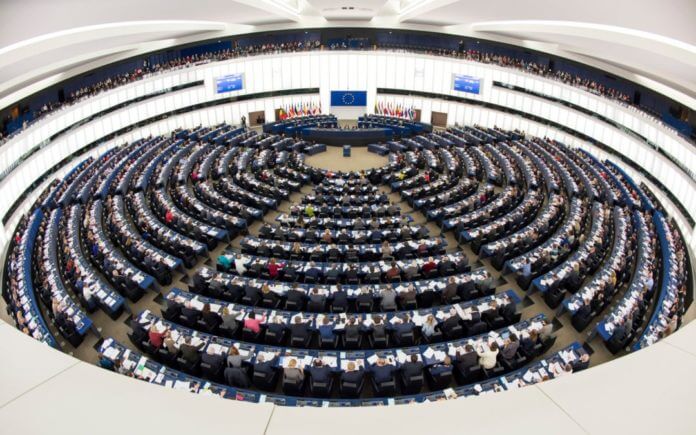 Voters across 28 European Union member states are going to the polls this week in a nearly continent-wide round of elections starting from May 23 and lasting until the 26th. Europeans will be casting ballots for thousands of candidates who vie for 753 seats at the Brussels-based European Parliament.

The elections will be an outright challenge for the liberal-minded center-right and social democrats leading the European bloc for decades now as right-wing movements led by anti-immigration and deeply Eurosceptic figures seem to be making a populist surge.

Shifting sands in the political arena means deeper ideological divisions and potential instability for the EU, as the bloc’s very future is being questioned by emboldened nationalists from Italy, France and Hungary to the Netherlands, some of whom openly call for the dismantlement of the bloc.

The common and usually stable currency Euro’s reaction has been rather muted so far, although a fall about to close the fifth month goes on.

If the 2019 elections’ results come as forecast with a nationalist victory, or a partial one enough to put them in a king-maker position, they will drastically change the face of the EU, at least for the next five years and if not for decades to come.

Top EU jobs, including the presidency of the bloc, that of the European Commission and European Central Bank (ECB) will then go to politicians favored by the majority of the EP.

Members of the EP, called MEPs, is the ultimate decision-maker when it comes to the bloc’s annual budget that surpass 165 billion Euros. They also ratify international treaties and trade deals, including Britain’s painfully unsuccessful separation process from the EU, Brexit.

Markets are closely watching if the right-wing nationalists will grab ground from the liberal establishment and how much impact they can create in a Brussels they simply despise.

Country-wise, as the EU’s de facto leader Germany has most seats with 96 at the EP, the performance of the far-right AfD (Alternative für Deutschland) against Prime Minister Angela Merkel’s Christian Democrats (CDU) and Social Democrats (SPD) and Greens will be central to the discussions over what kind of path Europe will take.

In Britain, hardliner Brexiteer Nigel Farage’s Brexit Party and UKIP which he formerly led are largely anticipated to deliver a huge blow to PM Theresa May’s ruling Conservatives and the opposition Labour Party.

The UK was not supposed to participate but May’s failure to deliver Brexit necessitated Briton’s vote as they are still EU members.