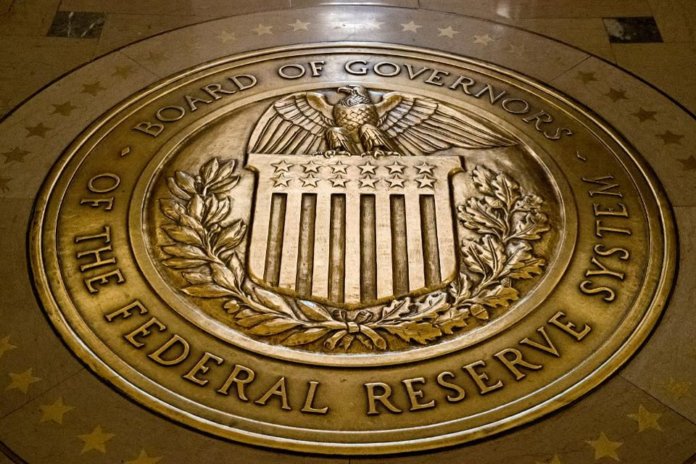 The US Federal Reserve’s minutes from its rate-setting July meeting showed that the policymakers were deeply divided in their views on whether to cut interest rates or maintain them.

But the policymakers still remained united in a desire to signal that they were not on a ‘preset path’ to further cuts. That signalling was in contravention with President Donald Trump has been pushing for. Even before the minutes were released Trump attacked the Fed over the rates and stated that they were creating disadvantage in competing with China and Europe.

“In their discussion of the outlook for monetary policy beyond this meeting, participants generally favored an approach in which policy would be guided by incoming information and its implications for the economic outlook and that avoided any appearance of following a pre-set course,” the minutes read.

Markets, in the meantime, eye the Fed’s Jackson Hole annual symposium starting later today, with opening remarks by Chairman Jerome Powell who Trump once again targeted on Wednesday as a problem, worse than China.

The minutes also noted that the members voting for a cut thought it would “better position the overall stance of policy to help counter the effects on the outlook of weak global growth and trade policy uncertainty, insure against any further downside risks from those sources, and promote a faster return of inflation to the Committee’s 2 percent symmetric objective than would otherwise be the case.”

South Korea’s deputy national security adviser, Kim Hyun-chon said on Thursday that the US and North Korea were expected to restart talks on the denuclearisation of the peninsula soon. The officials said he hoped the talks following recent weeks’ repeated missile tests by NK, would go well.

UK prime minister Boris Johnson on Wednesday visited Berlin where he met with the German Chancellor Angela Merkel. The two leaders who discussed Brexit continued to remain far from a shared understanding over the issue that still strongly carries the possibility of a no-deal divorce. Merkel essentially gave Johnson 30 days to come up with an alternative to the Irish backstop and convince other European leaders.

Johnson is visiting Paris on Thursday to have lunch with the French President Emmanuel Macron. He will later, on the weekend, be attending the G7 summit in southwestern France.

German Manufacturing PMI and German Services PMI which came at 43.6 versus 43.0 54.4 versus 54.1, respectively. Similar positive figures from France too propped up the euro against the ever-strong US dollar. But the fact that the government crisis in Italy in the wake of prime minister Conte’s resignation goes on, with no solution in sight as the anti-EU populists hope for even more power, weighs on the euro.

Tensions between Iran and the US continued as Iranian President Rouhani said if Iran cannot export oil at all, the international waterways will not have the same security as before. Iranian Foreign Minister Javad Zarif added Tehran might act “unpredictably” in response to US actions and sanctions.