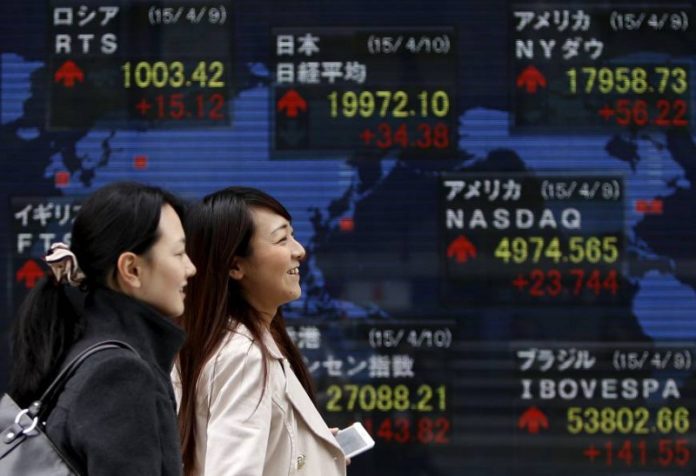 In a widely anticipated move, the US Federal Reserve hiked its benchmark interest rate by 25 basis point, raising it from 2.25 percent to 2.50. In their Wednesday FOMC meeting, the Fed’s dot plot projected two more hikes rather than three as previously forecast for the upcoming year. A less hawkish Fed statement defended its tightening policy of gradual hikes despite increasing protestations from President Donald Trump.

In the wake of the cautious outlook for 2019, American stocks lost earlier gains and 10-year US Treasury yields saw a fall with the Dollar managing to stay steady above the lows it experienced ahead of the FOMC. Dow Jones Industrial Average dropped by more than 350, S&P 500 index fell 1.5 percent a new low for 2018, Nasdaq Composite’s losses amounted to 2 percent.

“The Committee judges that some further gradual increases in the target range for the federal funds rate will be consistent with sustained expansion of economic activity, strong labor market conditions, and inflation near the Committee’s symmetric 2 percent objective over the medium term,” Fed’s statement read.

In the UK, a day after the government announced its full preparations for an eventuality of a no-deal Brexit, Work and Pensions Secretary Amber Rudd said another referendum on Britain’s departure from the European Union was “plausible.” She made the point while describing how difficult it was for the government of Theresa May to get the current deal passed at the Parliament in a vote delayed to next month. As the former Home Secretary, Rudd is a figure close to the PM.

Italy’s budget deal with the EU lowered tensions between Brussels and Rome despite certain dissatisfaction on both sides. European Commission vice-president Valdis Dombrovskis called the agreement with Italy a “borderline compromise” that would not create long-term solutions for the Mediterranean country’s long-term future economic issues.

Despite ongoing talks between the two nations, China and the United States representatives at the World Trade Organization sparred during a Wednesday, exchanging charges of upending the international commercial system.

American Ambassador to WTO Dennis Shea also rejected an accusation by the EU about the trade war that Washington was fermenting the crisis.

The Bank of Japan kept its monetary policy steady and repeated its rosy view of the country’s economy despite unresolved Sino-US trade war, fears over a global growth slowdown next year and increasingly volatile stock markets.

In an unsurprising decision, the BOJ went ahead with the short-term interest rate target at -0.1 percent, sticking to earlier forward guidance on adopting very low interest rates. The bank also aimed for 10-year government bond yields at around zero percent.