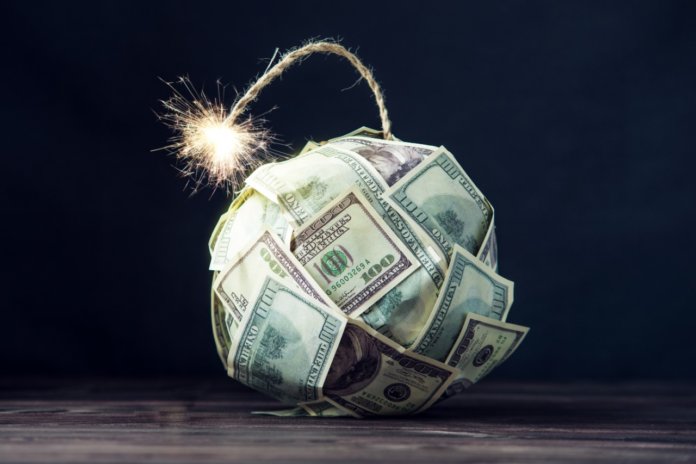 Recession and GDP in a Nutshell

Not long ago, almost anyone in the markets had been talking about the recession, yet it is less likely to hear this word now. Recession, in short, reflects the general decline in economic activity.

Gross Domestic Product data are the best indicators of the economic decline and growth of the countries. GDP is the total value of goods produced and services provided in a country during one year and a country has to be contracted for 2 quarters in a row to be considered as in recession.

U.S. bond investors decreased their 10-year bond investments due to the concerns in the economic outlook of the country in August, in which U.S. – China trade war escalated.  Thus, 2-year bond yields rose above 10-year bond yields. This situation, which was called as inverted yield curves in the finance sector, caused the recession concerns. Because this situation was seen in 2007 in the USA and led to the subprime mortgage crisis in 2018.

The recession was casting a dark cloud over the euro area some time ago. The reflection of the trade wars between the U.S. and China, stagnation in domestic demand, contraction in production and factors such as Brexit uncertainty led us to see negative growth figures around -0.2 in Germany, the leading economy in EU, in the second quarter of 2019. Due to the contraction experienced in the second quarter, the word “recession” started to be mentioned much more in the euro area, especially in Germany. However, as a reflection of the ECB’s expansionary monetary policies, the German GDP rate grew by 0.1 percent in preliminary release in the third quarter and technically delayed recession concerns for a while.

Any crisis or recession in euro area will absolutely affect Turkey, which is outside of the area. Euro area and particularly Germany have a great share in Turkish exports. Germany moved away from the recession thanks to the latest data and this situation may reflect on Turkey in a positive way.

Analyzing the Turkish economy, we should highlight that Turkey is in a recession due to the contraction in 3 periods in a row. However, when we consider the data and the growth momentum, we can say that there is a moderate recovery in the Turkish economy. Additionally, CBRT cut the monetary policy interest rates for 1000 bps in order to sustain financial stability (CBRT also took support from the latest decline in inflation). That kind of decisions taken by central banks change the prices in the financial market, yet it takes 3 to 6 months to feel the effects of the decisions in the real market. In this context, Turkey may show positive growth in the third quarter and get rid of the recession pressure.

What is the situation in U.S. Economy?

In the second quarter of the year, although the macroeconomic data from the U.S. side provided an optimistic outlook, FED made a 25-point cut for each of the last three monetary policy meetings. The main reason for the decisions taken is to achieve the targeted 2 percent inflation rate, the decisions were considered as insurance against the U.S. – China trade war and other risks.

As we mentioned before, of decisions taken by central banks change the prices in the financial market, yet it takes 3 to 6 months to feel the effects of the decisions in the real market. FED Chairman Powell, in a press release following the latest monetary policy decision, said that they will follow the awaiting policy until the middle of next year. We can see the reflection of the decisions taken in financial markets, for example by the record price of U.S. stock indices. On the other hand, these decisions will also be reflected in real markets in time and may lead to an increase in the GDP data of the country and carry the worries of a recession far away.

Last but not least, although the U.S. economy is far from recession compared to other major economies, the recession or any crisis in this country might have the impact of a plane crash in global markets.  As the safest mode of transportations, in planes, the risk of an accident is low, yet all passengers may die in the event of an accident. To sum up, even though the U.S. economy is the most reliable among the giant economies, a crisis could cause all financial markets to collapse.