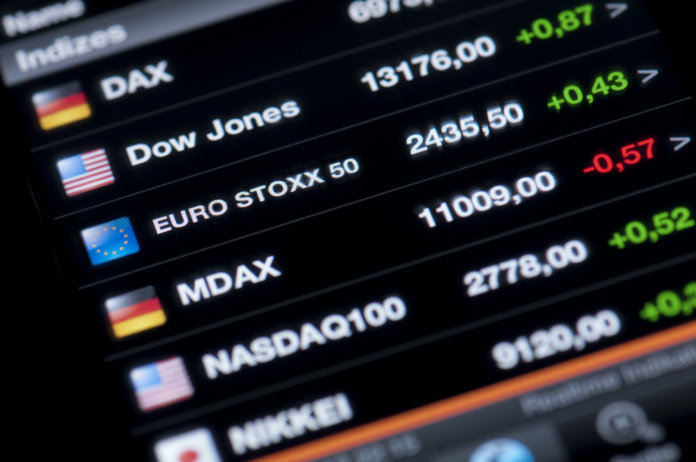 Nasdaq Composite index includes more than 3000 stocks listed on the Nasdaq stock exchange. First introduced in 1971, it is one of three globally-followed US stock market indices along with Dow Jones Industrial Average and S&P 500. Primarily, the Nasdaq represents a benchmark for the performance of technology and growth companies such as Apple, Amazon, Google, Microsoft, Oracle and Intel. The Index’s value is derived using market capitalization weighting methodology, published every second. Most of the weighting is towards technology companies.  It should be distinguished from Nasdaq 100 which is the index for the 100 largest, non-financial companies on the Nasdaq Stock Market.  When introduced, the Index had a base value of 100.

One of the main advantages of the Index is the fact that weights the most technology companies, thus has a strong potential to grow. Otherwise, companies are prone to speculations and the index is generally more volatile compared with the others.

The Dow Jones Industrial Average (DJIA) is the most recognized, globally-followed index which comprises 30 large companies listed on NYSE and Nasdaq. The Index is named after its creators Charles Dow and Edward Jones who introduced it in 1896. Initially, it served as a proxy for the overall performance of the US economy, including 12 industrial companies dealing with cotton, sugar, tobacco, oil, gas and railroads. Charles Dow firstly created the Dow Jones Transportation Index making DJIA the second oldest US market index.

Initially, the index was a just simple arithmetic mean of stock prices of 12 companies. Today, the index is valued by putting more weight to more expensive stocks and dividing it with Dow divisor. The divisor represents the change in the value of the index due to a one-point change in any of the stocks. Currently, the divisor amounts to 0.14748071991788. Over time, the composition also changed due to various economic factors, companies’ restructure, market capitalizations and alike.

The S&P500 is another globally-followed US stock index that comprises 500 large-cap companies listed on NYSE, Nasdaq or Cboe. It was first introduced in 1923 by Standard and Poor’s company and tracked a small number of stocks. By 1957 it expanded to the current 500. It represents a benchmark for the overall level of stock prices and is considered as more representative of the US market.

Its composition and weighting methodology distinguish it from the Dow Jones and the Nasdaq Composite index. The so-called float-adjusted capitalization weighting is used, where stocks are weighted based on the number of shares available for public trading, the float. Stocks with higher market-cap influences more the value of the index.