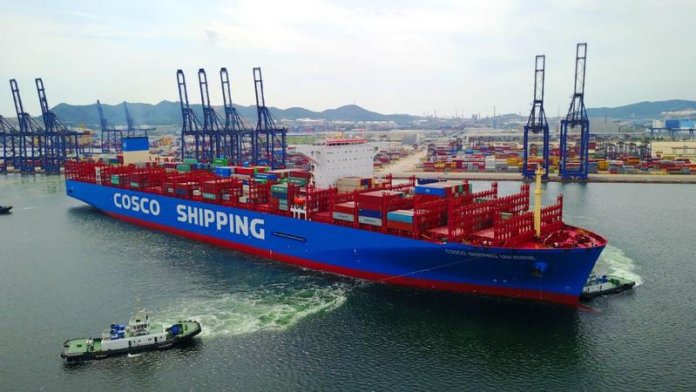 The US Treasury Department on Monday lifted its designation of China as a currency manipulator shortly after a Chinese trade delegation led by the Vice Premier Liu He arrived in Washington.

The US move came ahead of a Wednesday-scheduled ceremony at the White House to seal the so-called Phase-1 trade deal between the world’s two giant economies in a step to ease their 18 month-long tariff war.

Washington called Beijing a currency manipulator back in August 2019 when it accused it of deliberately pushing down yuan to create an unfair trade advantage at the expense of the US and others.

“China has made enforceable commitments to refrain from competitive devaluation while promoting transparency and accountability,” Treasury Secretary Steven Mnuching noted in a report to the Congress titled “Macroeconomic and Foreign Exchange Policies of Major Trading Partners of the United States.”

As optimism swept North American and Asian stocks, details of the P-1 deal are yet to be revealed. In a scoop published Tuesday, the Hong Kong-based paper South China Morning Post, citing former officials who joined the negotiations, wrote that Beijing and Washington may not disclose certain parts of the deal.

China’s yuan rose as safe-haven assets slipped, with the Japanese yen marking its most significant losses in the wake of US removal of China as a currency manipulator.

The Japanese yen saw 110.00 against the US dollar for the first time at the Tokyo stock exchange since May last year. Gold also took in losses as the trade situation got upbeat and Iran-US tensions de-escalated. The Dow Jones index hitting yet another all-time-high, broke the 29 000 threshold for the first time in history.

The US Deputy National Security Adviser Matthew Pottinger on Monday gave, according to The Sun, classified information to the British government that showed allowing the Chinese tech giant Huawei to build the Kingdom’s 5G network would be “madness.”

Prime Minister Boris Johnson told BBC Breakfast on Tuesday that those opposed to Huawei needed to provide an alternative.

“The British public deserves to have access to the best possible technology. If people oppose one brand or another then they have to tell us what is the alternative, right? On the other hand, let’s be clear, I don’t want as the UK prime minister to put in any infrastructure that is going to prejudice our national security or our ability to co-operate with five-eyes intelligence partners.” he said.

China’s exports rose by 7.6 percent in December 2019, marking the country’s first export gain since July and the fastest growth rate since March. The expectations were towards 3.2%, while the previous figure stood at -1.3%.

The country’s imports in December increased by 16.3 percent compared to the previous year. Expectations tilted for 9.6% as the previous was recorded at 0.5%.

New Zealand building approvals in November went for a dive at -8.5% on a monthly basis as the forecast showed a %2.1 growth with the previous figure at -1.1%.