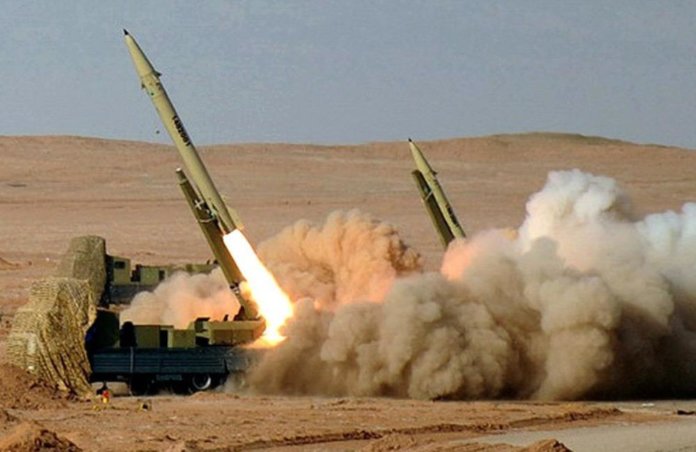 The Iranian retaliation for the revenge of the Iranian general Qassem Soleimani killed by the United States last week spurred fears of a new and wider war in the Middle East. Gold prices in global markets broke the $1600 level and hit 1612 dollars for the first time in 7 years.

Worries a war disrupting oil production and leading to supply cuts in the region increased oil (USOIL) prices up to 65.75, a level last seen in April 2019. Precious metal and energy prices fell from their fresh highs and balanced at lower levels after the attacks ended.

The missiles were meant for two American bases in Erbil and Ayn al-Assad in Iraq. Although Pentagon announced that they received little damage and no casualties (so far), the missiles also hit Asian stocks that were open at the time.

Waking up to the mounted attack in the Middle East indices in Europe with opened in the red. In Germany, the Dax30 went down to 13 107.

Iran Appears to be Saving the Face

The Tehran government’s response to the United States for killing the regime’s second man has so far been rather moderate, given the little damage it gave to the US military, although the regime claims to have killed scores of American troops.

In a sign of de-escalation after the escalation, the Islamic Revolutionary Guards Corps (IRGC) that coordinated the attack threatened that if the US refrained from retaliation, they would stop the attacks, otherwise along with other American targets in the region, the UAE’s Dubai and Israel’s Haifa would “be destroyed.”

In separate developments, a 5.0-magnitude earthquake occurred in the south of the country.

A 737 Boeing aircraft belonging to Ukrainian airlines and carrying 180 passengers and crew crashed shortly after takeoff from Tehran Imam Khomeini airport. There were no survivors.

US President Donald Trump, who was meeting with his national security advisers, secretaries of state and defense, as well as generals, made no statements save a tweet that downplayed the Iranian assault.

“All is well! Missiles launched from Iran at two military bases located in Iraq. Assessment of casualties & damages taking place now. So far, so good! We have the most powerful and well equipped military anywhere in the world, by far! I will be making a statement tomorrow morning,” Trump tweeted.

Washington-based reporters wired that American soldiers were already watching the missiles on radar screens and had taken refuge in shelters in anticipation of an attack.

The Bank of Japan (BoJ) will revise its 2020 economic growth (GDP) forecast slightly upwards during its January 20–21 monetary policy meeting, Reuters reported on Wednesday. The export-reliant Japanese economy, which has been one of the most affected by the Sino-US trade war, seems to be making a comeback from slowdown worries.

Reuters also said that the bank would leave its inflation forecast roughly the same.

The industrial confidence index in the Eurozone fell to -9.3 in December. The figure worse than the -9.0 estimate was also lower than the previous month’s -9.1.

In the services sector, one that sustains the Eurozone, the confidence index rose to 11.4 in the year’s final month and surpassed the forecast 9.5 as well as the previous 9.2 level. The consumer confidence index remained the same at -8.1.