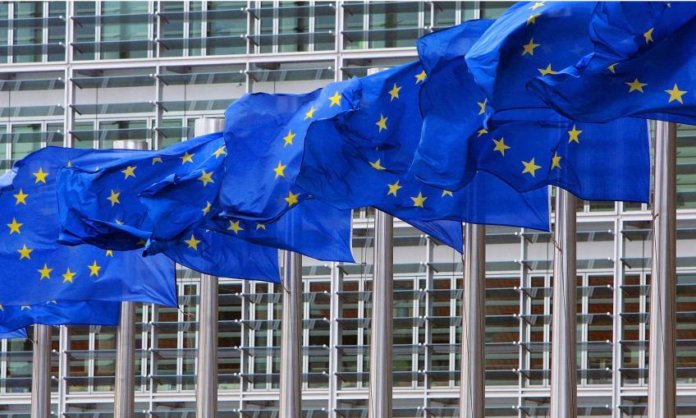 President of the European Council Charles Michel began to make concessions to countries across the EU before next week’s leaders meeting for the EU’s long-term budget and broad-based acceptance of the economic recovery plan.

Michel lowered the European Commission’s 1.094 trillion euro long-term EU budget proposal to 1.074 trillion euro while offering a two-thirds of the 750 billion euro rescue fund to be provided for the southern economies hit by the pandemic as grants.

“The COVID-19 crisis presents Europe with a challenge of historic proportions,” Michel told a news conference.

Following the debt crisis ten years ago, chaotic mass migration from the Middle East and North Africa, and the Brexit trauma, the coronavirus epidemic spreading from China to the world has become the most consequential challenge for the 27-nation EU.

Some block leaders have described the epidemic and its economic effects as an existential issue for the EU.

Meanwhile, Italian Prime Minister Giuseppe Conte said on Friday that his government could move the state of emergency beyond July 31 due to the persistent coronavirus crisis.

In Italy, where approximately 250,000 infections have been recorded and 35,000 people have died, the government declared a six-month state of emergency at the end of January, after two Chinese tourists tested positive for the novel coronavirus.

The Japanese economy will go through the fastest and most severe contraction of the last decades in the fiscal year that will end in March 2021. This prediction by Japanese economists who took part in a Reuters poll published on Friday, reveals that the government should prepare at least one more stimulus package and the central bank should focus on more radical measures to alleviate the blow from the coronavirus pandemic.

Economists predict that the next policy step by the Bank of Japan (BOJ) will be to expand the scope of monetary incentive programs, but they do not predict that the outbreak will trigger a crisis in the banking sector this year.

The world’s third-largest economy is estimated to shrink by 5.3% this fiscal year.

According to the survey, the Japanese economy will recover by 3.3% next year.

The survey shows that the economy will grow 10.0% annually in the current quarter of the 2020 calendar year. In the second quarter ended in June, the Japanese economy contracted by 23.9%.

A spokesman for the World Health Organization (WHO) said on Friday, a team departed from Switzerland for China to investigate the origins of the coronavirus that triggered the Covid19 outbreak.

WHO spokeswoman Margaret Harris said in a briefing at the UN that the organization’s animal science and epidemiology specialists will work with Chinese scientists to determine the scope and route of the research.

Speaking about the talks with the EU in Brussels on Friday, a UK official said that the London government was determined to compromise on the principles that underpin a post-Brexit trade agreement with the European Union during talks this month.

The parties still have deep differences on an agreement that will regulate commercial relations after the transition period that will expire at the end of this year. Both German Chancellor Merkel and British PM Johnson highlighted the necessity of preparedness for such the eventuality of a no-deal situation.