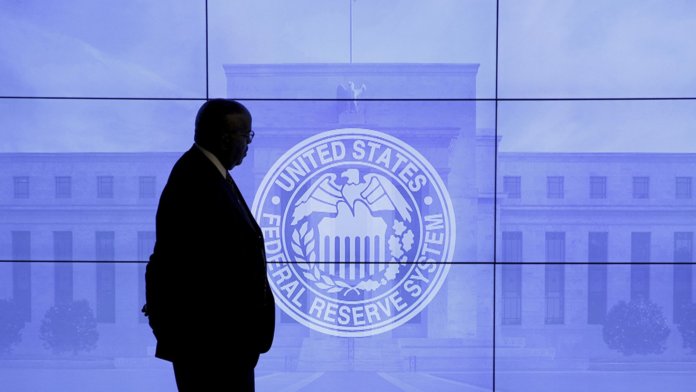 Markets enter a busy week in terms of data filled with GDP figures from around the world and geopolitical developments.

The most important event for the market this week will be the US Central Bank Federal Reserve’s July monetary policy meeting that ends on Wednesday.

The Fed is not expected to make any changes in interest rates that it already reduced to zero and near-zero levels at the beginning of the coronavirus crisis.

The bank is expected to reveal more about additional stimulus plans at this meeting, following fresh announcements almost every week so far about increasing stimulus through decisions such as purchasing bonds or debt, pumping money to local American governments, and expanding the credit coverage umbrella for companies dealing with the coronavirus fallout.

Republicans and Democrats are trying to agree on a new aid package to counter the pandemic crisis before the end of the month and the August recess.

The talks involving the White House are facing deeper disputes than the previous package agreements. Congressional Democratic leaders accuse Republicans of not even getting along among themselves and losing time.

On Monday, Republicans will announce their proposal, including $1,200 per capita in direct cash payments, an expanded moratorium on home evictions, and reduced federal unemployment benefits.

Many companies in the US, including Amazon, Apple, Facebook, and Google, are announcing their earnings reports. Pfizer, one of the leading pharmaceutical companies developing vaccines against coronavirus, is among the companies to announce their earnings.

Top executives of these four major US tech giants will be publicly grilled by lawmakers on Wednesday by the House Antitrust Subcommittee as part of an investigation in the digital market.

Banks such as Barclays, Lloyds, Standard Chartered in the UK are set to announce their profit reports.

Intensive negotiations between the European Union and the UK to organize trade relations after the Brexit transition period continue this week.

EU negotiator Michel Barnier and his British counterpart David Frost are meeting for further discussion on European relations with the Kingdom.

There is still no solution to the two main issues (fishing rights and state subsidies) that have led to deep disputes in the talks.

Tensions continue between the two major economies of the world, the US, and China, which closed each other’s consulates in Houston and Chengdu respectively thereby increased geopolitical pressure on the markets.

Investors need to pay attention to the increased war of words and indeed diplomatic action between Washington Beijing. Precious metals led by gold have made major and historic gains over the tensions.

After the US, Australia’s siding the Philippines, Vietnam, Malaysia, Brunei, and other regional countries in rejection of China’s territorial claims on the South China Sea contributed to the formation of an anti-Beijing front.

In addition to the South China Sea conflict, Washington and Beijing are in opposite positions on trade, technology, the status of Hong Kong, CCP’s policies of putting the Muslim Uighur people in communist concentration and re-education camps in Xinjiang, the Tibet question and the security of Taiwan.