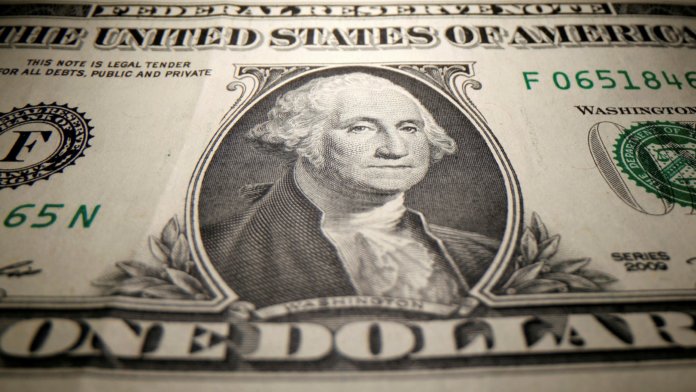 US Republicans and Democrats continue tough negotiations on a new stimulus package to combat the coronavirus crisis, four days before millions of Americans are set to lose unemployment benefits.

Partisan negotiations in the US

Senate Republicans announced a $1-trillion coronavirus aid proposal prepared with the White House, which Majority Leader Mitch McConnell launched as an “adapted and targeted” plan to reopen schools and businesses.

However, the proposal immediately led to opposition from both Democrats and Republicans. Democrats said that the proposal by the Republican leadership was very limited compared to the $3-trillion package that passed the House of Representatives in May, while some Republicans opposed the government’s spending so much money.

The new plan will provide direct payments of $1,200 to each adult American, billions of loans to small businesses, and will help reopen schools. However, the proposal reduces the existing extended two-week unemployment allowance, which ends on Friday, from $600 to $200.

Democrats who control the House of Representatives, therefore hold the constitutional power of the purse, push for a $3.5-trillion package.

The European Central Bank (ECB) advised Eurozone banks on Tuesday to avoid paying dividends by the end of the year and allowed them to hold on to the capital and liquidity buffers longer to help them cope with the shock economic collapse caused by the coronavirus pandemic.

The ECB said banks could withstand a second wave of infections but urged officials to be prepared to intervene and prevent a credit crisis, including possible recapitalization.

The bank extended the dividend ban and repurchases until January 1. The ECB also allowed regional banks to violate required liquidity buffers and total capital requirements for another year by the end of next year.

On the same day as the ECB announcement, the Bank of England (BoE) said it would consider whether to extend the suspension of dividends and share buybacks until the end of the year.

The World Health Organization warned on Tuesday the novel coronavirus does not act like the flu in following seasonal trends, urging more caution for people in the northern hemisphere.

WHO spokesperson Margaret Harris told a virtual press conference from Geneva that “people are still thinking seasonal terms. What we need to understand is that this is a newly encountered virus… and it behaves differently.”

In a statement Tuesday, China said it hoped that the United States would be flexible in resolving the deadlock on North Korea’s nuclear program in the Korean Peninsula.

This latest statement from China, which previously shared similar concerns with the United States about North Korea’s nuclear program, shows that the world’s two major economies are gradually diverging over Korea as well after their conflicts on trade, technology, and other geopolitical issues.

An accelerated decline in the US dollar reverberates reactions in worldwide markets. The ongoing depreciation of the dollar is pushing prices up in almost everything that is valued in dollars from technology stocks to oil and gold.

The USDX index, which measures the US dollar against the other six major currencies, has fallen 9% from its highest level in March to date and is experiencing its worst month since 2011. USDX fell to 93.49 during the day. The unstoppable spread of the coronavirus pandemic in the US that has particularly hit huge economies such as Texas and California is a leading reason in the lack of confidence in the dollar.

Goldman Sachs said in a money analysis report released on Tuesday that a 10% drop in the dollar against trade-weighted currencies would increase 2020 earnings per share in stock markets by about 3%. Goldman analysts expect the dollar to drop 5% more in the next 12 months.

“Real concerns about the future of the US Dollar as the world’s reserve currency have started to emerge,” Goldman also said.