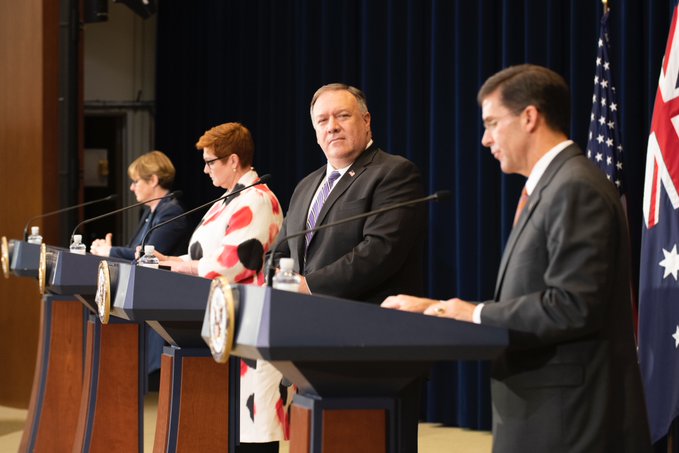 At its two-day July monetary policy meeting that the US Federal Reserve is concluding later today, the American central bankers are reviewing theır options against the coronavirus crisis that has hit the world’s number one economy hard.

Risks to the recovery in the US economy have increased significantly since the Fed’s meeting last month.

Primary of those risks is a second wave coronavirus epidemic that is sweeping in the southern and western states of major economic power such as Florida, Texas, Arizona and California. The fresh wave of outbreaks has forced many states to partly shut down their economies. Sensing the rocky ride, the Fed is already extending its support options for the time being.

The bank on Tuesday announced that it has extended its lending facilities, initially planned to end on September 30, until December 31.

The new Fed policy statement to be published later today will show how serious the US central bank officials are evaluating the second wave epidemic. The bank is expected to extend the scope of the use of the forward guidance on even more loose policy for the future.

A change in interest rates is not expected.

US Congressional Republicans and Democrats who when the coronavirus forced the US economy to shut down, acted very quickly and together by injecting trillion-dollar aid packages into the pockets of local governments, federal agencies, companies, and American citizens now face deeper disputes over a new aid package under negotiation.

“Schumer and I once again met with representatives from the White House. The attitude from Republicans has been one of condescension and disrespect for America’s working families,” Pelosi said after a four-hour meeting.

The Senate Republicans propose a$ 1 trillion package designed by Majority Leader McConnel with the White House. Democrats are willing to spend as much as 3.5 trillion dollars more.

The US dollar, whose reliability as a reserve currency is being questioned, has reached the bottom of the last 23 months by going down to 93.40 in an index against the six other major currencies.

US Secretary of State Mike Pompeo, who has hardened his rhetoric and actions against the Chinese Communist Party, along with Defense Secretary Mark Esper held on Tuesday, a high-level meeting on Indian-Pacific issues with their Australian counterparts visiting Washington.

Following Pompeo’s historic anti-CCP speech last week and the US and Australian rejection of Chinese territorial rights claims on South China, the meeting was one of the first steps to build a geopolitical front against China.

The two sides reaffirmed their rejection of Beijing’s claims on the South China Sea and vowed to increase cooperation with other partner countries such as Japan, South Korea, New Zealand, India, Vietnam, the Philippines, and Malaysia.

The US and Australia are renewing and strengthening their common trans-Pacific defense strategies against China, which came into existence after the US took Australia under its protective shield against Japanese imperialism during the Second World War.

However, Australian Foreign Minister Marise Payne Canberra, whose country is highly dependent on China in commerce said Canberra’s relations with Beijing were important and that she did not intend to hurt these relations.

Precious metals feeding on an unfolding global recession and increased geopolitical polarization continued to be priced higher. An ounce of gold (XAUUSD) climbed to the all-time high price of $1980 as a safe investment tool in the face of the dollar depreciation and the Sino-US tensions.