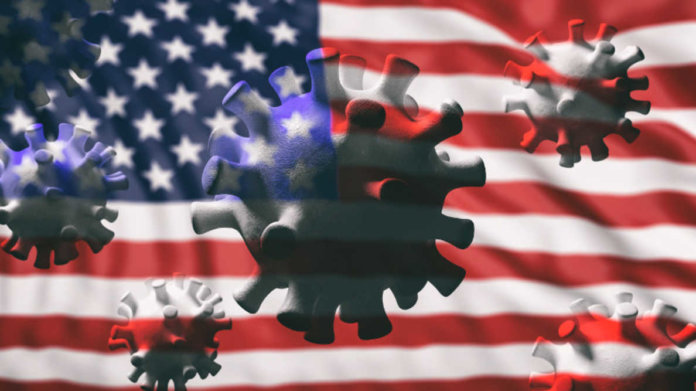 The United States reported more than 55,000 new cases of COVID-19 on Thursday before starting the independence day holiday.

This figure is the highest one-day increase reported by any country during the coronavirus pandemic, which started to spread from China to the world at the beginning of the year.

The increase in coronavirus cases over the past week has led President Donald Trump to put the crisis under the microscope, causing the governors in the south to halt their plans to reopen state economies following the initial tight socio-economic lockdowns.

According to John Hopkins University and Reuters data, states across the US on Thursday reported 55,274 cases in total. The coronavirus cases continue to increase in 37 out of 50 US states, including Florida, which confirmed more than 10,000 new cases on Thursday.

California, another epicenter of the early summer epidemic aka the second wave, announced that positive tests had seen an increase of 37% and hospitalizations increased by 56% in the past two weeks.

Republican Texas Governor Greg Abbott, who previously resisted calls for wearing a mask compulsory, mandated wearing a mask in all counties with more than 20 coronavirus cases. Texas reported about 8,000 new cases on Thursday.

Deaths in the US have now exceeded nearly 129,000, a quarter of the global total known.

Markets in the US are closed today due to the 4th of July Independence Day.

The UK’s Service Purchasing Managers Index (PMI) in June was slightly above estimates at 47.1, surpassing the previous 29.0 figure.

The British Composite PMI surpassed expectations, reaching 47.7. The PMI was at 30.0 last month.

Australian retail sales data for May announced on Friday came at 16.9% on a monthly basis, better than the expectation of 16.3%. This figure had fallen by -17.7% due to the virus outbreak in the previous month.

The Australian dollar continued its upward trends against its US counterpart and saw value in a range between 0.69138–0.6941.

Chinese Caixin Service Purchasing Managers Index (PMI) in June came at 58.4 exceeding the previous month’s 55.4. Compound PMI in the second-largest economy in the world also exceeded the previous 53.4 with 55.7.

The US Department of Defense announced it was concerned about the decision of the People’s Republic of China to conduct military exercises around the Paracel Islands in the South China Sea on July 1–5.

The Pentagon pointed out that the area where the exercise was to be conducted covers the controversial waters and territory. “The military exercises are the latest in a long string of PRC actions to assert unlawful maritime claims and disadvantage its Southeast Asian neighbors in the South China Sea,” it said.

Chinese foreign ministry spokesman Zhao Lijian in a press briefing on Friday said that military exercises were done in areas under China’s sovereignty. Zhao said that some “non-regional countries” performing military exercises in the South China Sea affected the stability of the region.

The non-regional country that Zhao refrained from naming is the US. American warships routinely conduct numerous navigation operations on international sea routes to defend freedom of movement.

China claims a right to 90% of the potentially rich South China Sea, where it constructs artificial islands and then declares them Chinese land. However, Brunei, Malaysia, the Philippines, Taiwan, and Vietnam also claim rights for parts of the trade route through which approximately $3 trillion worth of trade passes each year, and accuses Communist China of expansionist policies.