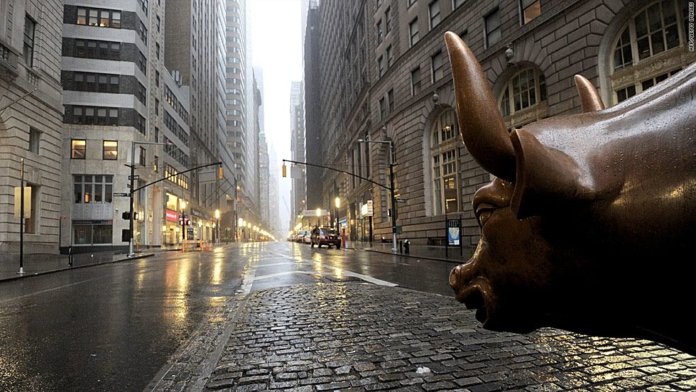 The US economy saw its deepest contraction yet since the 1929 Great Depression in the second quarter as the COVID-19 outbreak hit consumer and business spending.

According to data released by the US Department of Commerce on Thursday, the gross domestic product in the world’s largest economy fell by 32.9% in April-June. Economists participating in a survey by Dow Jones were predicting a 34.7% drop.

Due to state and local government restrictions imposed to contain Covid19, a sharp decline in personal consumption, exports, stocks, investment and expenditures, were factors that reduced GDP, the sum of all goods and services produced during the period.

The worst GDP figure during the 2008 financial crisis was the 8.4% decline in the fourth quarter of the year. The record low GDP loss before that was the 10% contraction in the first quarter of 1958.

“Tomorrow’s GDP will be the biggest drop in records,” US Federal Reserve Chairman Jay Powell said at a press conference yesterday after the July policy meeting. Federal fund rates were not changed.

While the coronavirus pandemic continues to harm the US economy, the number of Americans applying for unemployment benefits last week was roughly in line with expectations.

Data released by the Department of Labor on Thursday showed that weekly unemployment claims for the week ending on July 25 were recorded at 1 million 434 thousand. Economists who participated in a survey by Dow Jones estimated a median figure of 1 million 450 thousand.

The figure recorded in the previous week was 1 million 422 thousand.

Ongoing demands, which consisted of unemployment benefits for at least two weeks, increased by 867 thousand to 17 million 018 thousand.

The German economy fell to by record level in the second quarter as the COVID-19 epidemic eliminated nearly 10 years of growth with a collapse in consumer spending, corporate investment and exports.

The Federal Statistics Office said that the gross domestic product in Europe’s largest economy decreased by 10.1% in the April-June period, compared to the previous quarter’s revised contraction of 2.0%.

This figure is the worst GDP data seen in Germany since the quarterly growth data began to be collected in 1970. Expectations were for a 9% contraction. The statistics department said that the figure adjusted for inflation, seasonal and calendar effects erased almost ten years of growth.

China accused the United States of trying to stoke a new Cold War on Thursday.

China’s ambassador to London, Liu Xiaoming, told the British press that some politicians were looking for scapegoats to increase support before the US presidential elections in November.

US President Donald Trump defines China as the main rival of the West and accuses President Xi Jinping of exploiting the US in trade and technology. Trump also insistently calls the Covid19 virus outbreak that spread from China “the China Virus or the China Plague.”

Xiaoming said that the US started a trade war with China and there would be no winner from such an approach.

The Chinese Ministry of Defense announced that China conducted a naval exercise in the disputed South China Sea. In the past weeks, the US practiced with its allies India, Australia, and Japan in the same waters.