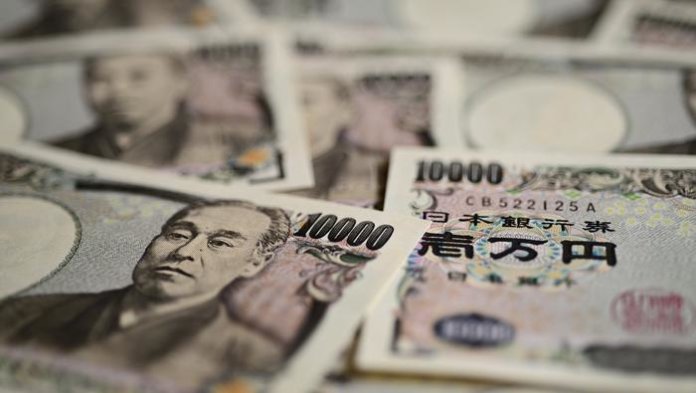 The safe harbor rise in the yen comes after the world’s third-largest economy entered its deepest post-war recession. The ongoing depreciation in the US dollar and the Sino-US tensions are only feeding the yen.

“Stability is important, so I am closely monitoring the rise in the yen with a sense of urgency,” Aso told reporters after a cabinet meeting.

As Aso spoke, the dollar saw the 104.18 low against the Japanese yen (USDJPY), the lowest level in the last four and a half months on Friday. Investors are concerned that the recovery in the US economy is being derailed by a second wave of coronavirus.

“The government and the Central Bank of Japan will closely monitor the fundamental market and economic trends and intervene when necessary,” said the deputy finance minister responsible for international relations, Kenji Okamura, after a routine meeting with central bank and Financial Services Agency officials.

According to data released on Friday, the Eurozone economy recorded its deepest contraction in the second quarter, but inflation in the block increased unexpectedly in July.

According to the estimates of the European Union statistics office, Eurostat, between April and June the gross domestic product of 19 countries sharing the euro currency decreased by 12.1% compared to the previous quarter.

The 12 percent decline is slightly deeper than market expectations and follows the 3.6% GDP drop recorded in the first quarter of the year.

GDP in Spain, one of the most troubled economies of the region, contracted by 18.5% compared to the previous quarter, shrinking worse than expected, and wiping out the gains of the last six years after the financial crisis.

GDP in Italy and France also dropped sharply by 12.4% and 13.8%, but less than expected. Germany, the largest economy in the block, experienced a 10.1% contraction in the second quarter, worse than the expectations of a 9.0% contraction.

Inflation challenged the expectations of a slowdown by maintaining its upward trend.

Eurostat said consumer prices in the block rose 0.4% year-on-year in July. Economists who participated in a survey by Reuters predicted a 0.2% increase in July. The figure was 0.3% in June and 0.1% in May.

The Bank of England (BoE) is poised to set its tone next week on how fast it expects the economy to recover from the financial damage caused by COVID-19.

However, the bank is not expected to expand a 100 billion-pound stimulus it announced in June.

The world’s sixth-largest economy shrank by almost a quarter between February and May. Some economists think it may take years for the UK to return to its previous size.

BoE’s forecasts for May were that the economy will return to its previous situation in the second half of 2021, but several policymakers have warned that the expected V-shaped recovery schedule take longer.

US Congressional Democrats and Republicans and the White House continue their negotiations on how to hammer out a new aid package to the hard-hit economy.

Democrats, led by House of Representatives Speaker Nancy Pelosi and Senate Minority Leader Chuch Schumer, refuse to drop a $600 weekly federal unemployment insurance to $200 as offered by the White House and Republicans. Time is running out as this aid program expires today.

Pelosi and Schumer sat down Trump’s team, Treasury Secretary Steve Mnuchin and White House chief of staff Mark Meadow until midnight. The statements released by the parties showed that they remained far from a compromise.