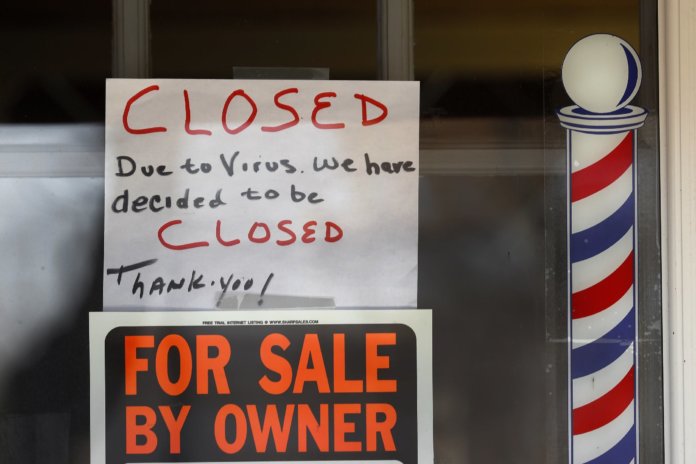 The Chinese telecommunications giant Huawei said on Thursday that it remained committed to contributing to Italy’s digital growth and infrastructure development.

Huawei’s statement followed reports that Italy was considering to exclude the Chinese company from its planned 5G network due to national security concerns. Huawei’s denied Italy’s NATO ally United States’ claims that it was an arm of the Chinese Communist Party regime, arguing it was a private sector company.

Washington is putting pressure on its Western allies to avoid Chinese technology companies on the grounds that they operate as spyware.

Despite Washington’s pressure, which says Huawei services and equipment can be used to spy against the West, Italy has so far not ruled out Huawei from its networking plans, but the newspaper La Repubblica wrote that the government was preparing for a course of change.

The US Department of Labor is set to release its weekly unemployment claims data.

1.43 million people applied for unemployment benefits in the previous week.

Although the recent fluctuation has forced plans to reopen the economy in some states, market experts are anticipating for a delay in the US’s economic recovery.

American companies are preparing to publish their quarterly reports set to show their biggest earnings declines since the 2008 financial crisis.

Company earnings reports begin next week with some of the largest US banks releasing quarterly profits. Analysts expect S&P500 companies to report an overall annual decrease of 43.9% for the second quarter, in which the coronavirus crisis harmed the companies the most.

Although North Korea has stated that it does not intend to return to the table, South Korea on Thursday stressed the importance of continuing US negotiations with North Korea.

US Deputy Secretary of State Stephen Biegun, who held three-day talks in Seoul, previously rejected speculations that he wanted to meet with North Korean officials during his visit, but said the US was open to negotiations.

“Biegun emphasized the importance of reopening the dialogue with North Korea,” the South Korean President Moon Jae-in office said in a written statement.

The top US diplomat for pressuring North Korea to give up nuclear weapons Biegun met with Suh Hoon, South Korea’s national security adviser. Biegun is heading to Japan today to discuss the issue with the Tokyo government, another US ally.