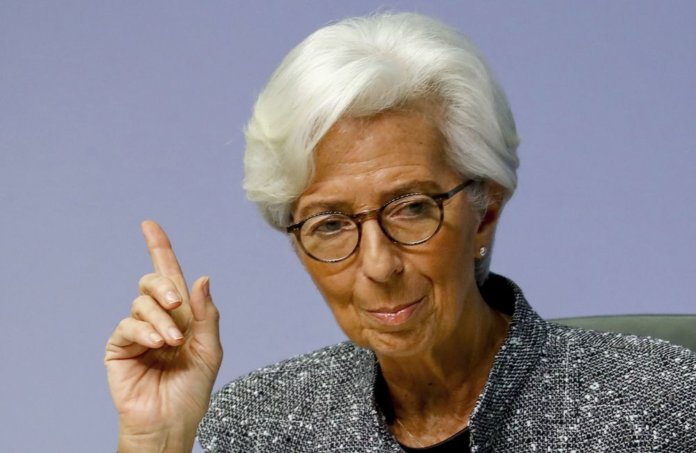 The European Central Bank (ECB) approved further stimulus steps on Thursday to support the economy against the biggest recession the continent has seen since the Second World War.

Just a few months after a series of emergency measures, ECB said it will expand the size of its emergency bond purchases to €1.35 trillion this time by expanding it by €600 billion, and the purchases will continue until the end of June 2021.

ECB also stated that it will re-invest the bonds that are due at least by the end of 2022 within the pandemic emergency purchase program (PEPP). Since the crisis is deeper and longer than expected, governments have given record deficits to mitigate the impact of the pandemic, bringing a greater burden to the ECB to absorb this new debt and keep the borrowing costs manageable.

ECB President Christine Lagarde announced at a press conference after the monetary policy meeting that the bank will always do its part.

The bank did not make any changes in its interest rates of -0.5 percent, as expected.

In projections defined by Lagarde as a baseline scenario, it was predicted that the Eurozone economy will contract by 8.7 percent this year. The economy is projected to expand by 5.2% in 2021 and 3.3% in 2022.

The number of Americans applying for unemployment benefits fell below 2 million for the first time since mid-March but remained staggeringly high as the companies try to adapt to a changing business environment due to the COVID-19 pandemic.

According to the Labor Department report on Thursday, new filings for unemployment benefits were seasonally adjusted at 1 million 877 thousand in the week ended May 30. Economists who participated in a survey made by Reuters predicted this figure to be 1.8 million.

Labor Secretary Eugene Scalia told Fox Business Network after the report that he expects the unemployment rate to fall below 10% by the end of 2020.

New unemployment applications have been on the decline since the record high of 6,867 million at the end of March. Despite the still high figure, the most recent data show that the worst situation for the labor market is over.

The market is waiting for the May non-farm employment report and unemployment rates to be announced tomorrow.

OPEC+’s previously planned meeting could not be held as the oil producers failed to reach a consensus on extending the production cuts policy.

Energy Intel reported that Russia and Saudi Arabia agreed in principle to extend the 9.7 million BPD cuts policy reached in May, while other producers who oppose this offer are still discussing. Bloomberg reported that Nigeria, Angola, and Kazakhstan are among these countries.

According to a statement from three Opec+ sources talking to Reuters on Thursday, a ministerial video conference could still be held this week if Iraq and other producers that do not fully comply with the current supply cuts agree to increase their commitment.

Iraq and Nigeria have shown less compliance with the cuts policy than OPEC producers in the Gulf.