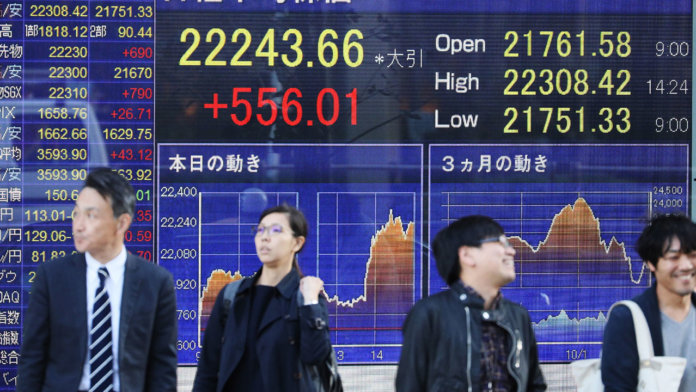 The Japanese economy shrank less than expected in the first quarter of the year, but the broad impact of the coronavirus crisis deepened the recession in the world’s third-largest economy.

Data released on Monday showed that the Japanese economy shrank 2.2 percent year-on-year in January-March. The cabinet office in May was expecting a 3.4 percent fall as the median expectation in the market was 2.1 percent.

The revised data confirmed that Japan had entered recession for the first time in 4 and a half years after a 7.2 percent contraction in October-December with an increase in sales tax last year and the pressure of the US-China trade war.

The Organization of the Petroleum Exporting Countries OPEC and its allies agreed at a last-minute videoconference meeting on Saturday to extend production cuts for at least a month beyond June.

The cartel countries, known as OPEC + under the leadership of Saudi Arabia and Russia, agreed to pull the 9.7 million BPD production from the market by the end of July, which accounts for about 10% of global supply. After the extension, Saudi Arabia, the biggest oil exporter, increased its monthly raw oil prices for July.

The parties also decided to hold an evaluation meeting on 18 June. Russian Energy Minister Novak stated that any further extension of the production cuts policy in August will be based on supply and demand.

The oil, which saw extraordinary pricing last month due to the coronavirus crisis, continued its upward momentum on Monday after the Opec+ decision.

Crash in the German Industry

Germany’s industrial production fell in April as the coronavirus pandemic forced producers in Europe’s largest economy to come to a halt.

According to figures released by the German Statistical Office, industrial production fell 17.9% in April on a monthly basis. Economists participating in a Reuters survey expected a slightly smaller decline of 16.0%.

The Ministry of Economy said the restrictions took place on a full scale in April, as socio-economic measures to prevent the spread of coronavirus were implemented from mid-March on.

The ministry said in its report that the bottom point was seen and that after that “Economic recovery is starting now with the gradual lifting of protective measures and the resumption of production in the automotive industry.”.

US Forces in Germany

The German government said on Monday that a reported decision by US President Donald Trump to withdraw thousands of soldiers from Germany has not officially been communicated to Berlin.

A senior US official said in a statement to the Wall Street Journal on Friday that Trump ordered the US army to withdraw 9,500 troops from Germany. The number of such US soldiers will be reduced to 25,000 in Germany, where more than 12 million American soldiers in total have served throughout the decades since the US-led allies invaded Germany in World War II.

German Defense Minister Annegret Kramp-Karrenbauer said at a press conference Monday that she had no official information from Washington regarding the issue, and the presence of US troops in Germany served the security of the NATO alliance.