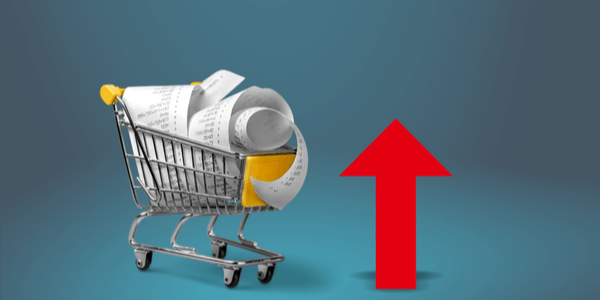 Federal Reserve Chair Jerome Powell had announced a new approach to monetary policy strategy at the highly prestigious Jackson Hole Symposium that they will focus on a strong employment market and employment will more important than the average inflation target of 2 percent. This approach had been of great importance in the context of global monetary policy. In particular, the Fed’s prioritization of the labor market may bear signals for a change in global monetary policies. Hence, employment figures are critical data flows in the macroeconomic calendar of the markets. In line with these developments, in the data set published by the Bureau of Labor Statistics, a sub-unit of the Department of Labor in the USA, the largest economy in the world, nonfarm payrolls and unemployment rate becomes the most important data for the markets.

In the first half of the year, when the downward pressure of the coronavirus crisis was felt in economic activities, the economic administration in the US implemented aggressive expansion policies in order to minimize economic damage and support the recovery. The Fed announced the largest fiscal package in history, worth $ 2.3 trillion, with the federal funding target removing the limits of draft and monetary expansion to the range of 0 – 0.25, providing the largest share of direct transfer spending to local governments, businesses and those who lost their jobs.

*Nonfarm payrolls (NFP) , ADP private sector employment change and jobless claims in the United States were divided into 10,000 in the composite chart above. The left axis of the chart shows non-farm payrolls and ADP data, and the right axis shows the jobless claims.

liquidity injections and subsidies from monetary and financial authorities. Nonfarm payrolls data, which is the most important indicator in the labor market, increased by 2.51 million, 4.8 million and 1.76 million between May and July, respectively, after the loss of 20.5 million in April. However, the loss of momentum in the recovery of the labor market, which started in July, continued with an increase of 1.37 million in August. The chart above shows that the decline in the jobless claims began to slow down in August. It would also be possible to explain this slowdown with the fact that federal budget’s payments under the $ 2.3 trillion fiscal package will finish in August.

On the other hand, the manufacturing and service sectors, which created the largest employment in the economy due to the pandemic, turned to a horizontal outlook in August and September, although they recovered with the strong support of money and financial management following the contraction in April. IHS Markit’s Purchasing Managers Index (PMI) data, which shows the performance in the leading sectors of the economy, showed a strong recovery in May and June after the collapse in March and April, but lost momentum above the threshold value of 50.0 points in August and September and expanded on a monthly basis.

Cutting fiscal incentives in the USA in August will be unappetizing for manufacturing and service producers, who have a significant impact on the performance of economic activity, as well as create pressure in terms of maintaining the current employment level. In addition, it is worth noting that downward pressure on service sector activity, reflecting slowing consumption due to unemployment and cuts in direct payments, will negatively affect the recovery in the labor market. On the other hand, although no consensus has already been reached for talks between the White House and Democrats on the new coronavirus stimulus package, it would be possible to say that the final agreement is not far away, maintaining limited optimism over manufacturing and service producers. However, it should be noted that it is also necessary to draw attention to the existence of uncertainties in the economic outlook caused by the coronavirus outbreak.

To sum up, in a setting where the Fed injects abundant liquidity with low borrowing costs in order to support households and businesses, we believe that the labor market will continue to recover its losses more moderately, together with the short-term pause of the financial authority’s support and uncertainties related to the Covid-19 outbreak. In this context, we expect to see that nonfarm payrolls data, which is the most important indicator of the labor market, will lose momentum after 1.37-million-increase in August and raise by almost 1 million, and that the unemployment rate will continue its moderate decline towards 8.00 percent level, in the data set that will be announced tomorrow at 14:30 (GMT+2).