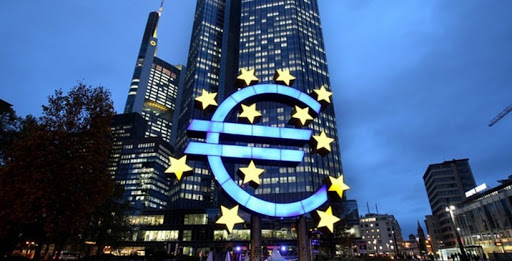 As of the second half of the year, the number of coronavirus (Covid-19) cases is rising again in key countries of the Eurozone, adding a risk layer to economic activity. Markets will focus on ECB’s decision that will be announced today at 13:45 (GMT+2) in order to see whether the ECB will give any decision related to the downward pressure that will slow down the recovery process after COVID-19 due to the second wave concerns in France and Spain, two of the largest economies in Europe.

The European Central Bank expanded the long-term Pandemic Emergency Purchase Program (PEPP), which it commissioned in the first half of the year to minimize the damage caused by the Coronavirus outbreak in economic activity, to a total of 1.35 trillion euros, raising 600 billion euros above market expectations at its June meeting. In addition to leaving the policy rate at 0 percent, the marginal interest rate at 0.25 percent and the deposit interest rate at minus 0.5 percent at the July meeting, the Bank did not make any changes in the asset purchase program in order to continue to support the economic activities and watch the effects of policy response it showed against COVID-19. European Central Bank Governor Christine Lagarde pointed out that uncertainties regarding actual and expected employment, income losses, the evolution of the pandemic and the economic outlook continue to put pressure on consumer spending and business investment. And “Abundant monetary incentives remain necessary,” she also added.

Strengthening Euro will be on ECB’s Agenda

In addition to the financial measures taken by the European Central Bank against the coronavirus, monetary expansion and funding the markets with low-cost abundant liquidity will support the 19-member Eurozone economy in the first half of the year with less damage and economic activities that tend to recover from the third quarter of the year. However, the consumer price index (CPI) is far from the 2 percent target path of the ECB, with the consumption behavior deteriorating, especially with the future concerns of households due to the pandemic. As a matter of fact, in the data released by the Eurostat for August, the CPI fell to minus 0.2 percent, the lowest in 4 years on an annual basis, indicating that the ECB’s expansionary policies have failed to ease the strong disinflationary pressure on consumer prices. In addition, it should be noted that core inflation for the period in question is also below 1 percent.

On the other hand, it is worth noting that since March, when the COVID-19 was declared a pandemic by the World Health Organization (WHO), the euro has gained more than 10 percent against the dollar in the current account, and it has become a new problem for the European Central Bank. Last week, the euro’s climb to 1.2011, the highest level in the last two years against the dollar, was very critical for the Eurozone economy, which is mainly dependent on exports. In this context, we do not expect any changes to be announced after the European Central Bank monetary policy meeting in September, regarding the current interest rates and asset purchase program, in order to support the economic activities and employment. However, President Lagarde will make a statement at the press conference to be held at 14.30 (GMT+2) after the decision of the ECB. And she will tell us whether they will take additional measures against the new uncertainties that have come to the agenda due to the start of the second wave of the pandemic in many Eurozone countries, future inflation forecasts and asset purchases to reach the targeted inflation path.