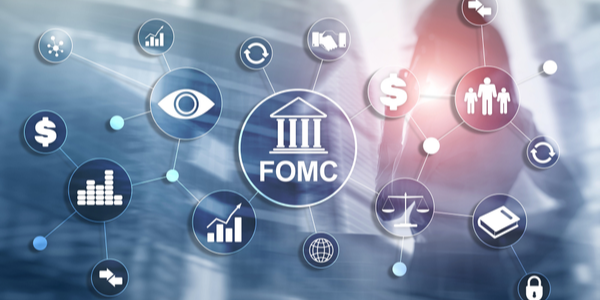 Critical FOMC Meeting in the Shadow of Presidential Election

The 59th US presidential election marathon, which was followed with great importance in the markets in terms of its potential to affect the course of politics, foreign trade and economic policies globally, ended in the shadow of coronavirus (Covid-19). Although it is certain that Joe Biden will sit in the Oval Office, financial reaction of Democrats or Republicans in the US, which has the world’s largest economy, in the new era against the continuing effects of the Covid-19 crisis, is one of the short-term current uncertainties. Within the framework of both scenarios, although a new incentive package is committed to combat the Covid-19 crisis in the election marathon, the process of such a bill passing through the House of Representatives with the approval of the Senate and the President will not be possible directly and in a short time. Therefore, the fact that the Fed’s often repeated financial support will also be suspended for a while plays an important role in the Federal Open Market Committee’s (FOMC) decision for November.

Following the Reactions Given Against Covid-19

The Fed, which used aggressive expansion policies in response to the coronavirus crisis in the first half of the year, had pushed its federal funding target to the range of 0 to 0.25 percent through extraordinary meetings. In addition to the Fed’s policies, the U.S. economy recorded a record growth of 33.1 percent in the 3rd quarter in line with the fiscal authority’s commissioning of a $ 2.3 trillion fiscal package, as well as various subsidies, although it could not avoid shrinking by 5.0 percent in the first quarter of the year and 31.4 percent in the 2nd quarter. However, in the economic outlook that recovered as a result of the strong expansion of fiscal and monetary policies, downward pressures emerged due to the resurgence of the Covid-19 outbreak.

Following the strong recovery in Spring and Summer, the PMI data, which is the forerunner of the leading sectors of the economy, lost momentum significantly and the monthly increase in non-farm payrolls, which is the most important indicator of the labor market, declined from 4.8 million to 661k. In addition, consumer price index (CPI) rose to 1.4 percent in September with a more moderate move, following its strong climb from 0.1 percent in May to 1.0 percent in July.

At the meeting held by the Federal Open Market Committee for two days on October 15 – 16, it was decided not to make any changes in interest rates in line with the market expectations. The Committee kept the federal funding target in the range of 0 – 0.25 percent with 8 members’ votes against 2 members and reiterated its commitment to increase its Treasury bonds of $ 80 billion on a monthly basis and commercial mortgage-backed securities of $ 40 billion in the coming months in the balance sheet to support the flow of credit to consumers and businesses and keep the market running smoothly.

At a press conference after the Committee’s decision, Fed Chair Jerome Powell noted that the Bank has made significant changes to its policy statement, noting that there will be no changes in interest rates until inflation reaches its 2 percent target and continues its course moderately above this level. Noting that it is vital to ensure the continuation of credit flows and financial incentives and monetary support should continue for improvement, Fed Chair also emphasized that the labor market is far from maximum employment and they want to return to a strong labor market and are ready to make changes in asset purchases if necessary. ‘We’re not out of ammunition,’ the Fed Chair added, recalling that there are still many policy tools the Fed can use.

On the other side, in Fed’s Economic Projections Report, including policymakers’ median expectations and published on quarterly basis, projections for economic growth in 2020 changed from 6.5 percent to 3.7 percent. In addition, projection growth for 2021, 2022, and 2023 decreased to 4.0, 3.0, and 2.5 percent, respectively, indicating that the monetary policy will remain supportive to make the US economy recover to its performance before Covid-19. On the other hand, despite the moderate upward updates in the expectation of Core Personal Consumption Expenditures (PCE) and the positive revision of the unemployment rate, policymakers do not expect any changes in current interest rates until 2023, one of the key signs in the report.

Although the FED made clear that it will allow inflation to fluctuate around its 2 percent target while supporting the labor market, and current interest rates will remain low for a long time, the uncertainty about fiscal stimulus and the ongoing Covid-19, often reiterated by President Powell, are putting downward pressure on prices and the labor market. Especially in the name of preventing the public health crisis, the risks of restrictions on economic activities that may be re-raised are becoming difficult to become apparent in the new period with Christmas, New Year’s Eve and then the possible Presidential handover that will be in 2021. In this context, we believe that in November’s decision, which the Fed will announce today at 20:00 (GMT+1), it will not change its monetary policy stance in the name of clarifying the risks to the outlook of the US economy. After the decision Chair Jerome Powell, who will make a statement at the press conference at 20:30 (GMT+1), signals that additional measures to be taken against the loss of momentum in the recovery process of the labor market and the risks to the current outlook, in other words, that more effective incentives can be prepared, are critical.