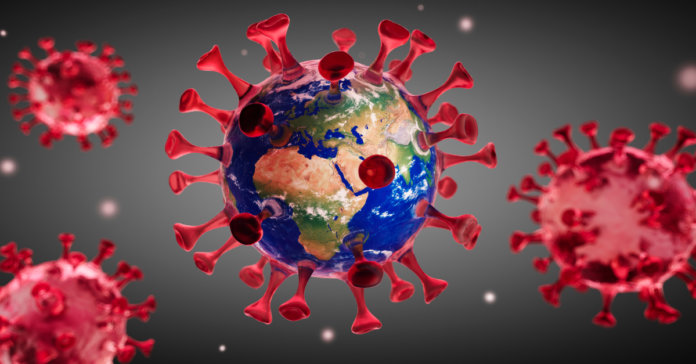 The rapid spread of the novel coronavirus (COVID-19) to all continents after its outbreak in Wuhan, China, has been the main theme of many news feeds, especially in economic terms. Especially in the United States in the number of cases of the virus, the homeland exceeding 200 thousand across China also shaped the expectations for the world’s largest economy in a negative way, while the U.S. Federal Reserve (Fed) and the central administration, supporting the economy in an aggressive manner to take steps in the fight against coronaviruses of the outbreak where they can leave a great damage to the economy, in other words, has raised concerns of a recession. On the other side of the largest states in the United States applied restrictive policies in order to prevent the spread of the virus with the largest contribution to employment gains in the U.S. economy that provides manufacturing and non-manufacturing sector also had significant impact on how the unemployment rate would make a turn at low speed from 50 years of concerns, the top of the agenda placed on the scale.

We can cite data released by the U.S. Department of Labor as the major contributor to these concerns in the markets. According to the data of the Ministry, the U.S. in the week ended March 21, 1 million 640 thousand in the market expectations exceeded 3 million 283 level with the all-time peak of the number of applications for unemployment salary, 28 in the week ended March 3 million 500 thousand 6 million 648 thousand above the expectations renewed the record.

On the other hand, according to the National Employment Report prepared on Wednesday based on payroll data of 400,000 American employees published by the ADP Research Institute and Moody’s Analytics cooperation, private sector employment in the United States, which rose 183 thousand in February, fell 27 thousand in March, even though it exceeded expectations of minus 150 thousand. Private sector employment, which has declined for the first time since March 2010, has given the biggest signs of a labour market contraction, as has US President Donald Trump’s oft-repeated emphasis on ‘unemployment at 50-year low.’

Fed Chairman Jerome Powell, who recently made a televised speech, emphasized that the US economy, which is struggling with the new type of coronavirus, could see an increase in unemployment and a significant decrease in economic activity. Another Fed member, Loretta Mester, emphasized that the unemployment rate, which was 3.5 percent in February, was likely to rise to around 10-15 percent in the process.

In addition to the jump in unemployment claims in the United States, the decline in private sector employment after 10 years and expectations for the contraction in the labor market were strengthened by the announcement that Fed members predicted a sharp rise in the unemployment rate, while the attention of the markets gathered on the unemployment data to be announced today at 14:30 (GMT+2). The data set to be published by the Bureau of Labor Statistics, a subunit of the US Department of Labor, shows that Nonfarm Payrolls , which refers to the change in the number of people working in sectors other than agriculture, is the most important data that markets will follow today.

Firstly, it will not be possible to expect Nonfarm Payrolls data showing a relatively stable performance in the past 1 year period to sustain this performance in the environment of uncertainty already increased by Coronavirus outbreak. In addition to the decline of the manufacturing Purchasing Managers Index (PMI) to 49.1 points in March, IHS Markit, the global information provider, may point to the fall of the service Purchasing Managers Index (PMI) data to 39.1 in the preliminary reading data for March.

We believe that the ‘state of emergency’ and curfew in various states of the United States will lead to a major blow for the locomotive sectors of the economy in the United States, which will lead to a significant swing in the unemployment rate and close to 10 percent in support of Fed members ‘ statements. In addition to approaching 10 million in the number of applications for unemployment rights in the USA in about 2 weeks, it can be said that private sector employment is recorded at the lowest level in 10 years and that Nonfarm Payrolls may decrease by converging to the level of 100 thousand which is the market expectation.