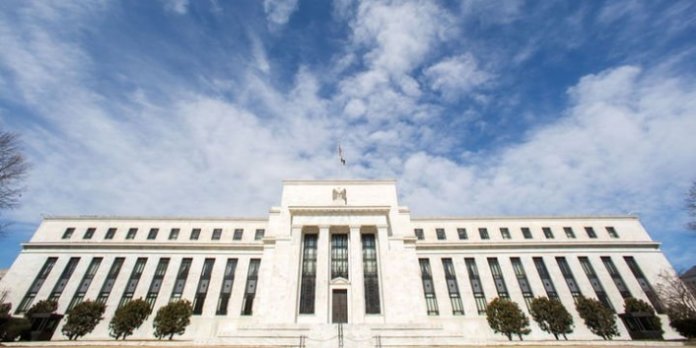 The Federal Reserve (Fed) Federal Open Market Committee (FOMC) interest rate decision, one of the focal points of global markets, will be announced today at 20.00 (GMT+1). Signs of the Bank’s 2020 monetary policy stance in the wake of the FOMC decision will also be the most significant changes the markets are looking for. In this context, it is necessary to first remember what happened at the Fed’s last meeting on October 30.

Following an 11-year waiting period, Fed had cut interest rates on July and stopped the contractionary monetary policy it had started to implement in 2015. Fed cut interest rates 25 basis points both in September and October meetings and the federal fund’s target rate was announced as 1.50 – 1.75 percent. The report published after the October meeting stated that uncertainties remain and the appropriate interest rate path will be evaluated later. The report further said that the labor market and employment growth are strong and that economic activity is growing at a moderate pace and consumption is strong. It also pointed out that investment and exports remained weak. According to the Fed statement, Kansas City Fed CEO Esther George and Boston Fed CEO Eric Rosengren were in opposition to the decision not to cut the interest rate, the Fed vote in favor of policy was 8-2. In remarks after the October FOMC, Fed Chairman Powell stressed that inflationary pressures remain weak, yet they expect the inflation to rise to 2 percent. The policy is well-positioned to support the outlook, Powell said, noting that they want the economy to grow at a moderate pace and do not consider a rate hike unless there is a notable recovery in inflation.

When we look at the U.S. macroeconomic calendar for October, non-farm payrolls data was confirming the Fed’s opinion that the employment market is strong. In the data set published by the U.S. Department of Labor, non-farm payrolls increased 266,000 against the market expectations of 180,000 in November. It was the largest increase since January. Unemployment declined from 3.6 percent to 3.5 percent during this period and this was the lowest level since 1969. While the figures stronger than the expectations could create room for the Fed to not change interest rates at today’s meeting, data published by the Resource Management Institute relatively supported that idea. The service sector, which is also known as the ISM Non-Manufacturing Index in the US and the largest employment market in the economy, stood at 53.9 in November, according to ISM data, indicating that the sector was growing at a moderate pace. However, the Manufacturing Index, again announced by ISM, fell from 48.3 to 48.1 in this period and carried the contraction in the manufacturing sector to the fourth month.

In addition, we saw a significant change in October, the latest data on the path to the 2 percent inflation target that Fed Chairman Powell reiterated. The Consumer Price Index (CPI) rose 0.4 percent in October compared to the previous month, the largest increase since March, according to the data released by the U.S. Department of Labor. On the annual basis, CPI rose 1.8 percent in October, slightly above the expectations of 1.7 percent. We also need to note that new home sales in the U.S. during that period showed their best monthly performance in 12 years.

The remarks, which gave hints of new stances from Fed members, came after October FOMC meeting.

Chair Jerome Powell’s statements were really significant. Federal Reserve Chair Powell addressed the members of the Greater Providence Chamber of Commerce and stated that the central bank cut interest rates this year in part because officials concluded the economy wasn’t as strong as anticipated when the Fed lifted rates last year. “At this point in the long expansion, I see the glass as much more than half full,” Powell said. He further noted that the monetary policy is well-positioned to support a strong employment market and a decisive return to the 2 percent inflation target after the interest rate cuts, and that he thinks the current stance of monetary policy will probably remain appropriate as long as it is in line with the financial data.

We can say that macroeconomic data recorded primarily in the US has met a large proportion of market expectations. In particular, the fact that the employment data indicates that the economy is strong enough to support economic activity may support Fed Chairman Jerome Powell’s view that there will be no cuts following the period of three rate cuts. Although it is accepted by the economic point of view that monetary policies show their effect later in the developed markets such as the U.S. market, the rate cuts coming after 11 years led to a recovery in CPI figures, which showed no change on monthly basis. Thus, it is possible to say that the monetary policy is well-positioned and supported in line with the Fed’s 2 percent inflation target.

On the other hand, when we look at statements from Fed members since the last FOMC meeting, it appears that Fed members, who had opposed keeping interest rates steady at the previous meeting, did not change their stance. Additionally, considering the Fed in general, it is clear that the members of the Fed, who had advocated interest rate cuts in order to support the economy at the previous meeting, are satisfied with the monetary policy stance. In this context, members of the Fed may wish to see the reactions of the U.S. economy for some time and agree not to change the interest rates. Fed Chairman Powell did not make many statements since the last meeting, yet he always stated that they implemented the right monetary policy and also kept his positive opinion about the US economy. Thus, it is thought that the monetary policy stance will not be changed as long as there is no problem with the economic outlook.

The report will be published after the FOMC meeting and the Bank’s findings on the economic outlook and new expectations in this context will be closely followed. Also, what kind of policy positions Chairman Powell will be looking for in the next period will be on the radar of the markets.

The Fed is in a position to guide global markets and it is possible for Fed to not to change the interest rates, largely in line with its own projections and the expectations of the markets. The perception that the U.S., the world’s largest economy, will probably retain its real interest rate advantage by not cutting interest rates further on its official currency, has already priced emerging currencies into second place and we don’t think the Bank will take a surprising decision. However, Fed Chairman Powell’s approach after the meeting could guide the prices in global markets. In this context, if Powell makes a hawkish statement following the decision to hold interest rates flat, the perception in the markets that the Fed is ending its contractionary monetary policy may lead to value gains in dollar assets and the emerging currencies and indices may lose value. On the other hand, if Powell makes a neutral statement following the decision to hold interest rates steady, the market expectations won’t be fully met and the demand for safe-haven assets will probably increase. In the third option, if the Chair wants to leave an open door for the interest rates cycle and takes an approach that can be regarded as dovish, we may observe a limited depreciation in dollar assets and small upward price steps in indices.