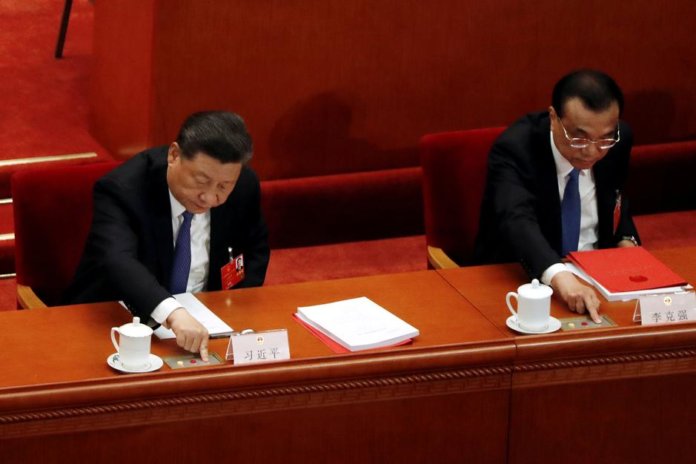 The decision at the NPC’s annual session which President and the Chinese Communist Party (CCP) general secretary Xi Jinping participated followed strong reactions from the US.

US Secretary of State Mike Pompeo told Congress on Wednesday that Hong Kong was no longer autonomous, given the new facts on the ground, adding that accordingly, the city faces the loss of special treatment in trade and the status of being a major financial center under US laws.

According to Bloomberg, the Trump administration is preparing for sanctions for Chinese officials who have a role in the law.

Initial unemployment benefit filings in the US topped 2 million 123 thousand last week. This figure was the lowest recorded since the coronavirus crisis began.

Economists participating in a Dow Jones survey were expecting 2 million 50 thousand filings. The number of those who applied for unemployment in the previous week was 2 million 446 thousand. Ongoing unemployment claims sharply fell to 21.05 million by 3.86 million compared to the previous week, indicating that the labor market has begun to overcome the coronavirus shock.

The US economy experienced a faster contraction in the first quarter of this year than originally expected. Economists now expect a much worse outcome in the current April-June quarter.

The US Department of Commerce said on Thursday that its largest economic health measure, the gross domestic product fell by 5% year-on-year in the first quarter, greater than the expected 4.8% decline a month ago.

This contraction was the biggest quarterly decline since the 8.4% drop in the fourth quarter of 2008 during the Great Recession. The downward revision to GDP in the first quarter partially offset the weak investments in businesses’ stocks with stronger consumer spending.

The German Ifo Institute said on Thursday that the German economy is likely to shrink by 6.6% this year, as businesses expect an average of nine months after the coronavirus to normalize operations. If this happens, it will be Germany’s worst economic performance since reunification in 1990.

Ifo predicts that Europe’s largest economy will grow by 10.2% as the outlook improves in 2021. Recent research shows that Germany recovered slowly after economic life was curtailed in late March to contain the coronavirus pandemic.

However, Ifo added to the report that some businesses are preparing for longer and more painful recovery processes. According to the survey of Ifo, the aviation industry expects normalization to take 16 months, travel, accommodation, and automobile production await longer improvements. Ifo expects the economy to shrink by 12.4% in the second quarter of 2020 due to a nationwide crash.