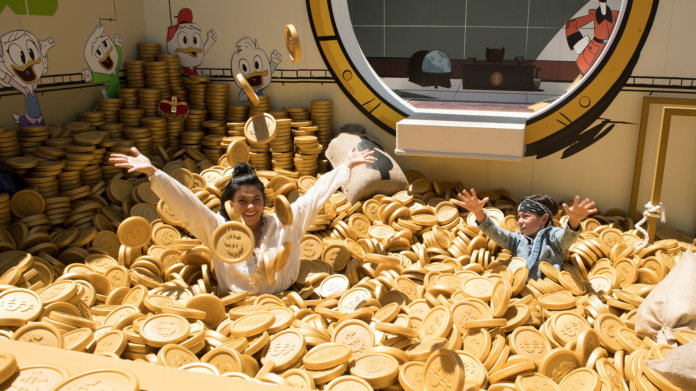 Monetary easing, relaxation or expansion is set of policies conducted by the central banks in order to push overall price level, to stimulate inflation and aggregate demand. Globally, central banks were using these expansionary policies in order to combat recession, stimulate spending and accelerate growth. They increase the supply of money, lowers interest rates and thus depreciate the currency making the exports more attractive.

In order to boost the economy, the central bank can actively take part in open market operations. Essentially, central bank buys Treasury notes of other banks or government bonds and thus inject the money into an economy. It is creating the credit out of a thin air making more money floating in the economy. When more credit is available than businesses can expand their operations, hire more people, increase wages, spending and thus prices. Ideally, the inflation would meet its target set on 2 percent.

Another tool that a central bank can use, for example the Fed, is lowering fed fund rate, the rate banks charge each other for overnight deposits each bank is required to hold at Fed. Banks with excess reserves can lend to others that are short charging the fed funds rate. Lower fed funds rate means lower rate banks charge their end customers.

Rarely used but another tool bank of banks can use to stimulate more lending is decreasing reserve requirements to commercial banks. It could instantly increase banks liquidity however it requires much more policies than just lowering fed funds rate. As being the lender of the last resort, the central bank can also decrease the discount rate it charges banks to borrow from it.

Central banks must be careful not to inject too much money and thus creating “too many dollars chasing too few goods.” It could also lead to hyperinflation, the level of prices persistently holding above the target. Federal Reserves created multiple instruments to combat the 2008 depression commonly known as quantitative easing.

European central bank has three interest rates to manipulate with and thus the availability of money in the euro economies. The marginal lending facility for overnight lending to banks, the main refinancing operations and the deposit facility. The main refinancing rate is the rate at which banks can borrow from the ECB while the deposit rate is the rate banks receive for funds deposited at the central bank. Because of the current economic slowdown, all three rates have been lowered. The deposit rate was even negative, thus the central banks actually penalized savings.

The ECB also created Targeted longer-term refinancing operations (TLTROs) as one of the unconventional monetary policy tools. Through that instrument, the ECB provide long-term loans to banks boosting their lending to businesses and consumers in the euro area. It helped keeping inflation rates below, but close to 2% over the medium term. The first TLTRO series was launched in 2014. The second one, TLTRO-II was introduced in 2016.