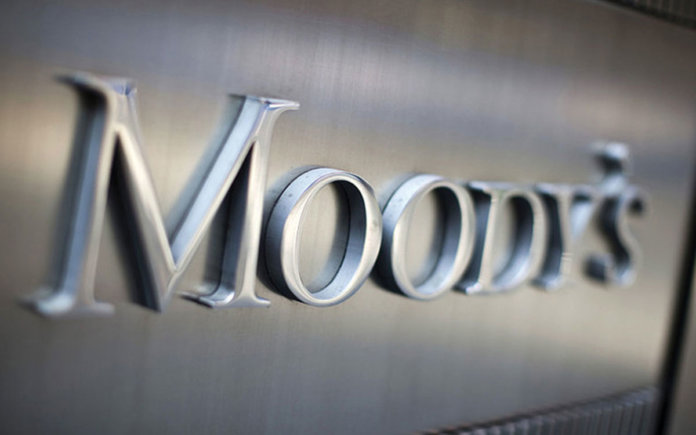 Together with Standard & Poor’s and Fitch, Moody’s comprises the Big Three credit rating agencies. Moody’s Corporation is a financial service holding company of Moody’s Investment Service and Moody’s Analytics. It was founded by John Moody in 1909 in the US following the issuance of Moody’s Manual of Industrial and Miscellaneous Securities in 1900. It provided statistics on stocks and bonds for various companies and public sector borrowers.

By 1924 Moody’s covered almost 100% of the US bond market. Moody’s Investors Service provides a rating of debt securities of both public and commercial sector. Thus, government, municipal and corporate bond; money market funds, hedge funds, banks and so on. Unlike its competitors, Moody’s provides rating scale which estimates expected loss in case of default, ranging from Aaa to C and with numbers 1,2 and 3.

In 1975 SEC recognized Moody’s as National Statistical Rating Organization (NRSRO) along with S&P and Fitch. It also plays an important role in the US and some other country’s jurisdiction and regulations. From 2000, Moody’s is a publicly traded company on the NYSE with MCO symbol.

Credit rating agencies were heavily criticized for their contribution to the 2008 financial crisis. It was due to their high ratings of mortgage-backed securities which were mostly comprised of subprime loans. In one year, mortgage securities were 83% downgraded.  Moreover, rating agencies could have a conflict of interest where they can artificially increase the rating of the issuer who pays to rate them. In the mid-1990s there were allegations that agency pressured issuers to use their consulting services in order to overcome its lower rating. However, reputation effects override conflict of interests.

Standard & Poor’s Financial services LLC often referred to as S&P is the division of S&P Global that provides the analysis, publications and financial research on stocks, bonds and commodities.  It is also known for its stock market S&P 500 index, usually used as an approximation of the US stock market.

Company’s history dates back to 1860 when Henry Varnum Poor published History of Railroads and Canals in the United States, providing information and financial data of US railroad companies. Later in 1906 Luther Lee Blake founded the Standard Statistics Bureau, which provided information about non-railroad companies. In 1941, they merged in Standard & Poor’s Corp.  The McGraw-Hill Companies acquired the company in 1966, becoming S&P Global in 2016.

Thus, as one of the Big Three credit rating agencies, S&P estimates the creditworthiness of a company, cities and countries issued debt. Thus, it provides information about the probability of debt to be repaid. The rating is based on annual reports, press and news.  They also provide an opinion about risk management strategies.  Rates range from the best AAA to the worst D. Adding plus and minus it creates 17 ratings.

S&P also rates 130 countries providing the information of the probability a country defaults on its sovereign debt. It is also recognized as NRSRO by the US SEC. It rates both long-term and short-term debt.

Fitch Group is one of the leaders in providing financial information and comprises of Fitch Solutions, Fitch Learning and Fitch Ratings. Fitch Ratings is the third and the smallest of the Big Three credit rating agencies, also NRSRO by the US SEC. It was founded by John Knowles Fitch in 1914 as Fitch Publishing Company. Today, the company is 100% owned by the Hearst. Similarly, like S&P it provides the ratings which indicate the creditworthiness and estimates the relative ability of an issuer to meet its obligations, such as interest, preferred dividends, repayment of the principal… It provides a comprehensive analysis of the credit profile of an issuer.

Fitch credit ratings cover sovereign, corporate, bank, insurance, and public finance, as well as structured finance securities. The rates are ranging from AAA as the highest quality debt to D as the default. The short-term rating provides the information of a potential level of default within a year.