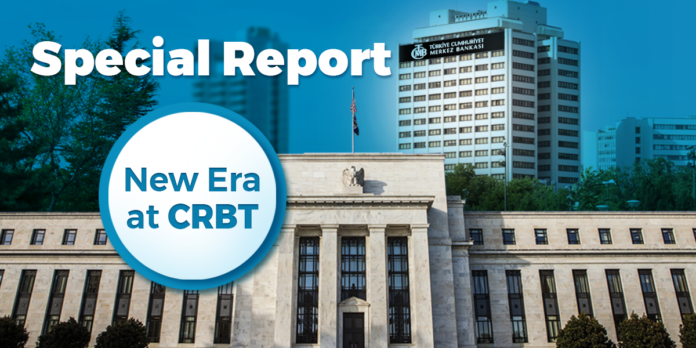 The US Federal Reserve increased interest rates by 25 basis points 4 times in total throughout 2018, most recently in December. The rumors that Trump was pondering to dismiss FED President Powell disturbed the markets. Another issue the markets were focused on was Fed’s pledge to be patient about future interest rate hikes after the January meeting. Fed Chairman Jerome Powell’s dovish statements played a decisive role in the market movements for some time. However, the FED announced a reduction in pace as it prepares to end the balance sheet downsizing.

Although Powell has emphasized that economic growth was slowing, the labor market is still strong, and wage increases are solid. These were confirmed by the non-Farm employment and average hourly earnings data released last Friday for June. But questions regarding what to expect from the central bank’s rate-setting July FOMC meeting have increased. Some investors have already priced a 25 basis point interest rate cut despite skeptics who were encouraged by the jobs growth. A rate cut will ease the pressure on emerging market currencies.

Turkey’s President Recep Tayyip Erdogan sacked Murat Cetinkaya, the President of the Central Bank of the Republic of Turkey (CBRT) since April 2016, just 10 months before the banker’s mandate was to expire officially.

Markets did not react as aggressively as had been expected, given the current environment in which the President has openly pronounced his many disagreements with the CBRT’s handling of interest rates and debates over the Central Bank’s reserve funds.

Having led the CBRT for nearly 3 years, Cetinkaya increased the policy rate four times from 7.5 percent to 24 percent. At the beginning of the period, the inflation was at 6.5 percent, and at its end it has reached 15.7 percent according to the latest data.

Murat Uysal, who has been appointed as the new head of the CBRT, is expected to have a dovish stance.

Despite signs of a recovery in the so-called ‘re-balancing’ process, central bank’s Monetary Policy Committee (PPK) did not approve of an interest rate cut and removed reference to additional tightening when needed from its minutes. That has paved the way for an interest rate cut in future meetings. While political announcements and economic indicators strengthened the expectations for interest rate cuts, the rates were not changed in the April 25th and June 12th policy meetings. We have seen how important domestic dynamics are in drawing future monetary policy plans. Therefore, we believe future monetary policies have to take into account indicators showing the outlook of the Turkish economy.

The consumer price index, which is closely watched in line with interest rates, has retreated by 463 basis points to 15.72 percent. But the producer price index has in comparison decreased less, only to 25.04 percent. Producer price inflation which is not reflected on the prices of goods and services is in turn shown in the capacity utilization rate and Manufacturing PMI indicators that we examine below.

We have seen that the effect of 24–25.5 percent (weekly/late liquidity window) funding by CBRT through banks is reflected in the real sector as high borrowing costs. Also, the leading indicator of production capacity and manufacturing PMI, which is the capacity utilization ratio indicator, has not yet exceeded the 100 and 50 bands respectively. As a result, a significant contraction in annual growth figures was recorded.

Although stable interest rates put pressure on the US Dollar to protect the Turkish Lira, an increase in the input prices due to imports disrupted the purchasing behavior of the consumer. We see this particularly in industrial production, which was also negatively reflected in retail sales during the first months of the year. On the other hand, due to the increased influence of exchange rates on exports, the trade deficit has decreased by more than 26 percent in the first 6 months of the year to TL 1.84 billion. However, as a result of the contraction in the domestic market, the economy could not escape from negative growth.

The real rate of return, which is among important items in the global markets, was close to 2 percent in the first months of the year. While the inflation rate fell to 15 percent, the real rate of return rose to 6 percent, putting Turkey among the countries with the highest real interest rate returns.

While going through political turmoil in May, Turkey has simultaneously faced a major political crisis between with the US over its purchase of Russian S-400 air defense missiles. Following the re-do of the Istanbul elections, the Turkish Lira rose to its highest level of the year at 6.24.

US has threatened to impose numerous sanctions on Turkey over the S-400 missile purchase. President Donald Trump may choose five articles from the CAATSA law designated against US adversaries. Once implemented, the American sanctions can choke Turkey’s ability to engage international trade and the use of credits from international financial institutions.

Following Erdoğan’s meeting with Trump at the G20 summit, statements from both sides have provided some relief to the domestic Turkish market. Trump’s attitude and Erdogan’s remarks were priced as signals of a search for the common ground before the crisis gets out of hand. Another development enabling relief for emerging markets and putting investors in a risk-on mood was the new US-China ceasefire in their trade war.

Looking at the overall picture, we saw a positive signal from domestic economic indicators and potential recovery of TL assets after G-20. As for the CBRT, which will not want to offer higher real returns compared to developing countries due to the decrease in inflation, there may be an interest rate cut given that the new Chairman Murat Uysal will take a dovish position. Although this situation suggests increased volatility in Turkish assets, FED’s next dovish move in its policy to prevent a feared slowdown in economic growth may counterbalance any harm from the CBRT cut.

As a second scenario, if the CBRT proceeds with interest rate cuts, and if the FED keeps its interest rates unchanged, a depreciation may occur due to increased volatility in TRY assets.